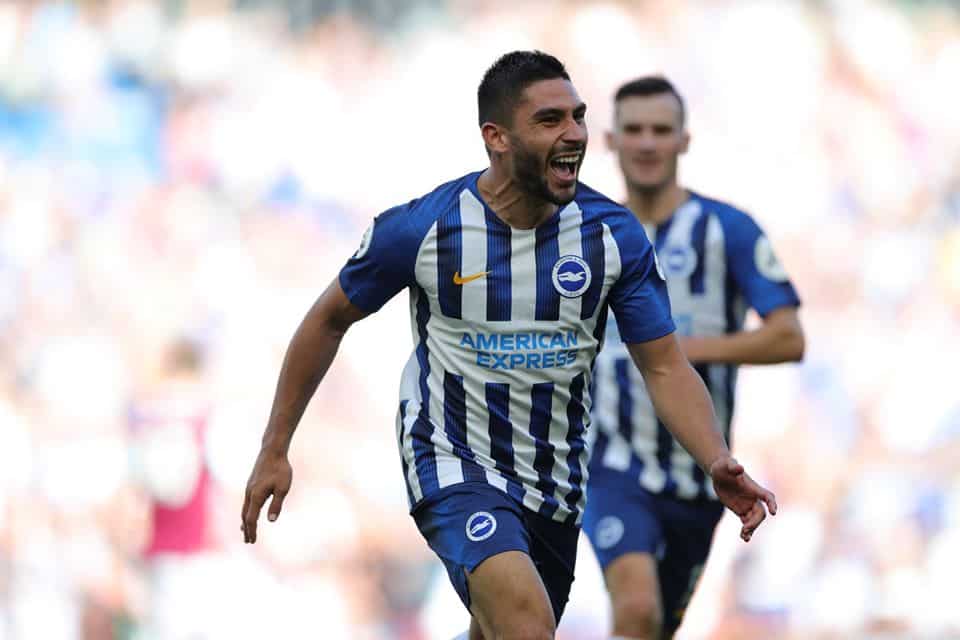 Following the international break which saw Brighton’s rising star Leandro Trossard injured until mid-October, Brighton found themselves facing a tough Burnley side at home in what can only be described as a dominant performance from the Seagulls. Unfortunately for Brighton, this was not to be enough, with Burnley snatching an equaliser in the final minutes of the match resulting in a disappointing 1-1 draw for Brighton.

Brighton were not at their best for the opening twenty minutes of the match with Burnley having a large share of the possession and looked most likely to score between the two teams. But Burnley were unable to capitalise, and once Brighton settled into the game, the tides soon shifted in Brighton’s favour. The catalyst for this change was bringing Solly March more into the game as he started to cause problems for Burnley down the right. In fact he was close to opening the scoring for the Seagulls as he found himself with acres of space in the box, however March opted to take a touch and shoot with his left foot when perhaps he should have taken it first time with his right, resulting in a comfortable save for Nick Pope in the Burnley goal.

Glenn Murray who was reintroduced into starting line-up, following the departure of Jurgen Locadia and Florin Andone, found himself on the end of two great chances in the closing moments of the second half. March picked up the ball on the left this time, where he managed to whip in a cross to the front post, Murray managed to get ahead of his man producing a glancing header that flew just past the back post. Murray had another great chance as Pascal Gross delivered a low driven pass to the edge of the box with Murray striking the ball first time. His shot was heading straight for the bottom corner and it would have been a fantastic goal if it weren’t for Pope getting down low to his left forcing the ball round the post for a corner. So, the first half ended goalless, but Brighton looked to be on top.

Brighton came straight out of the tunnel with a purpose, unravelling Burnley with some great through balls round the back of their defence. One such pass fell perfectly into the path of Neal Maupay on the left who drove forwards into the Burnley box before firing a low shot to the near post of Pope, who only managed to turn the ball away by sticking out his right foot. But Maupay was to get his goal as March produced a clever chipped cross into the middle of the Burnley penalty area as Maupay had time to produce a fine volley low into the bottom left corner of the goal. This was Maupay’s second for the club as he looks to cement his position in the first eleven.

Brighton continued to dominate the game with Burnley only creating one notable chance as the ex-Brighton striker Chris Wood tried to deflect a shot across the box into the far corner of the Brighton goal. The second half also saw the introduction of Aaron Connolly as it appears to become more evident that Graham Potter is willing to give Brighton’s youngsters a chance to impress. And Connolly’s short cameo showed the potential that the player has, getting in behind the Burnley defence and having a shot that sailed over the bar.

Graham Potter looked set to take his first home win if it were not for a sublime strike from outside the box from the substitute Jeff Hendricks, nestling itself perfectly into the bottom left corner of the goal leaving Matty Ryan absolutely no chance. Even though Brighton walk away with a point, it felt very much like a loss for the Seagulls as they were superior in every aspect throughout the majority of the game and were tantalisingly close to taking all three points. This leaves Brighton on five points from five games with Newcastle away up next, Brighton need to bounce back from a disappointing result and take the positives from what was a dominant performance.