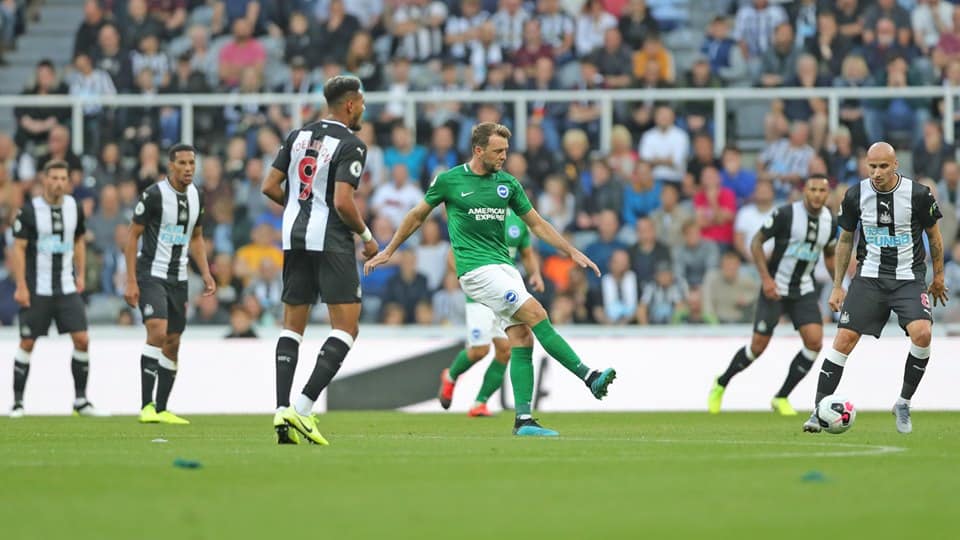 Brighton played Newcastle on the weekend, with the Seagulls looking impressive on every part of the pitch except the final third. Unfortunately for Brighton there is only one statistic in football that really matters, and without the final product that Graham Potters side lacked on the weekend, those elusive three points slipped through Brighton’s fingers yet again.

The Seagulls came off the starting blocks with a purpose, with Brighton taking control of possession and the game, and it seemed only a matter of time for Brighton to score with Neal Maupay looking dangerous up front. Potter stuck to his usual formation with the three centre backs of Adam Webster, Lewis Dunk and Dan Burn. Webster really started to show why Brighton were willing to splash the cash on him as he consistently brought the ball forwards looking for creative passes and Burn yet again looked adventurous down the left wing getting forwards at every opportunity he could get. The three centre backs really seem to be the foundation for the philosophy that Potter is trying to implement at Brighton.

Another player who looked impressive was Steven Alzate, who didn’t look out of place in the starting eleven at all considering it was his Premier League debut. Comfortable on the ball and confident to run at defenders, Alzate looked a real threat, consistently getting into good attacking positions and even heading the ball into the back of the net in the first half, only for it to be ruled offside instantly afterwards. But once again we can see Potter’s emphasis on giving opportunities to deserving young players, and this will only bode well for the future.

The second half kicked off much the same as the first, with Brighton really taking the game to the home side with probably the moment of the match falling to the substitute Aaron Connolly who latched onto a delicate flick over the defence from Pascal Gross. Connolly then lobbed the bouncing ball over the goalkeeper Martin Dubravka, only for Fabian Schar to make a magnificent goal line clearance denying the young Irishman.

However, it just didn’t seem to be Brighton’s day as they struggled to get the ball into the back of the net, ending in a goalless draw. And things are starting to look a bit dangerous for the Seagulls already as they sit on just 6 points from 6 games so far, with two very tough matches coming up against Chelsea and Tottenham. But if Brighton keep playing the way they are results will eventually come, and when Trossard is able to return to action their attacking threat will be significantly increased.