Laurie Anderson is the Guest Director for the 50th Brighton Festival, it has been announced today. Brighton Festival have said they are delighted to announce the pioneering artist and musician as the director for their milestone festival. Anderson is renowned for her inventive use of technology, from her hit O Superman in the early eighties to her appointment as NASA’s first artist-in-resident and is considered one of America’s most daring creative pioneers. 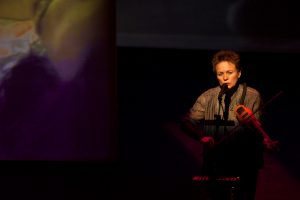 Laurie Anderson is known primarily for her multimedia presentations, she has cast herself in roles as varied as visual artist, composer, poet, photographer, filmmaker, electronics whiz, vocalist and instrumentalist. Not a lot then. Her recording career was launched in the eighties with O Superman, sky rocketing her to number two in the British pop charts and subsequently appearing on Big Science. Anderson has toured the US and internationally numerous times with shows from spoken word performances to elaborate multimedia events. Some of her major works include Empty Places (1990), The Nerve Bible (1995) and Songs and Stories for Moby Dick, a multimedia stage performance based on the novel by Herman Melville. She has also toured the US and Europe with a band, performing music from Life on a String. 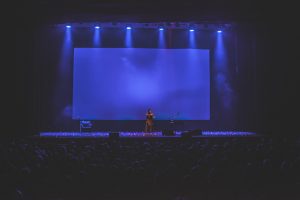 Laurie Anderson is also a published writer having published six books as well as having written the entry for New York in the Encyclopaedia Brittanica. Her visual work has been presented in major museums throughout the United States and Europe and in 2003, The Musée Art Contemporain of Lyon produced a touring retrospective of her work entitled The Record of Time: Sound in the Work of Laurie Anderson. This continued to tour internationally from 2003-2005. As a composer, Anderson has contributed music to films by Wim Wenders and Jonathan Demme and has created pieces for National Public Radio, The BBC, and in 1997 she curated the two-week Meltdown Festival at Royal Festival Hall in London.

In 2002, Anderson was appointed the first artist-in-residence of NASA which culminated in her 2004 touring solo performance “The End of the Moon”. She is the receiver of the prestigious Dorothy and Lillian Gish Prize for her outstanding contribution to the arts. Finishing residency at both CAP in UCLA in Los Angeles and EMPAC in Troy New York, Anderson recently starred in her first feature length film in almost thirty years- Heart of a Dog– which reflects on the deaths of her husband Lou Reed (yes, THAT Lou Reed), her mother, her beloved dog, as well as covering topics as diverse as surveillance and Buddhist teachings. Laurie Anderson says “I’m so happy to be serving as Guest Director of Brighton Festival in its historic 50th year. Our theme of home and place is especially relevant with so many people in the world on the move now looking, like all of us, for a place we can belong. I’ve been part of the Festival several times and it was exciting to watch the city become the heart of so much art. I’m looking forward to being part of it this year.”  There is absolutely no doubt in our minds that Laurie Anderson will do an incredible job with being the Director this year. 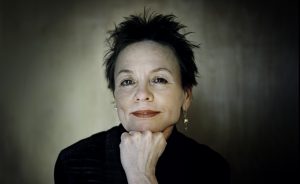 The 50th Brighton Festival will take place 7-29 May 2016 and will feature new works from Laurie Anderson alongside exclusives, world and UK premiers from a wide range of international, national and local artists and companies. Brighton Festival is England’s largest and most established annual curated multi-arts festival. Since 1985 Brighton Festival has opened with the Children’s Parade, which includes participants form schools and community groups and bands across the city. There are up to 4,000 participants and an audience of around 10,000. Andrew Comben, Chief Executive of Brighton Festival says “We are thrilled and honoured to announce such a major international figure as Guest Director for Brighton Festival 2016. In our 50th year, it feels right to reflect on the original intentions of the Festival which from the start were about celebrating international culture, the new and the avant-garde. Laurie Anderson has been experimenting, creating and challenging audiences all over the world for almost as long as Brighton Festival has existed – indeed, she’s been a part of the Festival’s journey in the past years with some very special commissions and appearances in the city. She continues to break new ground in her own work and through collaborations with some of the most promising artists of the future, and we are looking forward to celebrating all this in what we hope will be a very special 50th Brighton Festival in May”. Laurie Anderson is the eighth Guest Director of Brighton Festival, following in the footsteps of the likes of Anish Kapoor, Michael Rosen and Brian Eno. 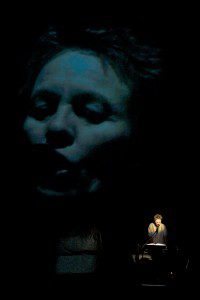 Full programme details will be announced on Wednesday 17th February but key commissions that can be revealed now include The Complete Deaths, a partnership between two Brighton-based artistic powerhouses Tim Crouch and Spymonkey to re-enact every onstage death from the works of William Shakespeare to mark the 400th anniversary of his death. Memory is a Minefield, new work by Argentinian artist Lola Arias developed with and performed by Argentinian and British veterans of the Falklands conflict and Stella, a theatrical love letter to one half of the infamous Victorian cross-dressing duo Fanny and Stella by Neil Bartlett.