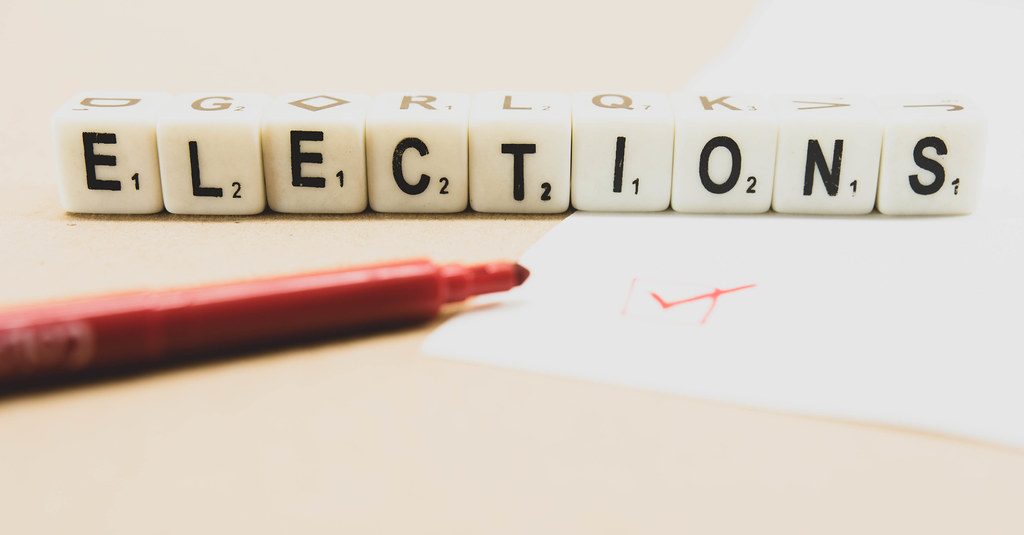 Brighton Kemptown is currently served by Labour MP Lloyd Russell-Moyle, who won the seat from the Conservatives in the 2017 General Election. This constituency stretches from Queen’s Park and Kemptown village to Peacehaven.

There are 5 candidates standing for election in Kemptown…

Not to be confused with a Brexit Party MEP for the south-east with the same name, the Green Party’s Alexandra Phillips also currently serves as an MEP as well as being the current mayor of Brighton and Hove. It was announced earlier this month, however, that Phillips would be temporarily stepping back from all mayoral duties during the General Election period to avoid any conflict of interests.

Phillips is the youngest mayor Brighton has ever had, and joined the Green Party in 2003 after the then Labour government’s decision to invade Iraq.

Speaking ahead of the European elections earlier this year, Phillips said:

As Senior Campaigns Coordinator for Caroline Lucas’ first two general elections and Elections Coordinator for the first Green council, I’ve played a key role in the Green Party’s greatest electoral successes. And as a City Councillor of ten years and the Mayor of Brighton & Hove, I know how to work with other parties, to compromise, be pragmatic and where to draw the line. I am a good listener – to colleagues, and to constituents.

British politics is in a state of chaos and people are certainly not eager to vote for the other parties.

Responding to the release of Labour’s manifesto, Phillips tweeted:

Ben Thomas has been an active member of the Liberal Democrats since the EU referendum in 2016. He moved to Brighton for college at the age of 16, and jumped at the chance to stand in the election. He wishes “to give a voice to younger people like me, who believe passionately that our place is in the heart of Europe, taking the challenges of the 21st century head on, not walking away from them.”

In a statement to voters, Thomas said:

Since 2016 our country has been on an embarrassing journey in pursuit of a damaging Brexit, whilst ignoring the really pressing issues that affect us all. We should be focusing on fixing the NHS, funding our schools or making sure that no one is homeless this winter, but instead the Conservatives and Labour are trying to deliver their different versions of Brexit. I am tired of the two party politics that has done nothing but divide our country, forcing voters to have to choose between two Brexit parties that want to take us backwards, rather than forwards into the 21st century. Our country deserves better.

Residents across the constituency know all too well of the extortionate rents that both
people and businesses are faced with, business rates are astronomical needing urgent reform, our mental health services are stretched and under-funded, our NHS neglected, schools missing vital funding and the climate crisis needs urgent action. Austerity has had a role to play and I believe its high time it came to an end. It’s time to ask citizens and businesses to put more into our society, so that we can all take more out.

I will be a strong voice for the issues that are being ignored and will champion reforming our democracy to ensure that every vote matters. Let’s do better than Brexit, let’s fix our country instead.

Graham Cushway is an army veteran who served in Iraq and Afghanistan. He became involved in politics during the referendum in 2016, which he saw as “a historical moment in which the fate of our country would be decided. We could either stay an independent proud democracy, or let our country be subsumed into an anti-democratic bloc.”

Speaking about why he wants to leave the EU, Cushway said:

I believe in the principle of one person, one vote, and that you should be able to vote out a government that isn’t performing.

The EU is anti-democratic in nature. The EU has MEPs but for something to be a ‘democracy’ the ‘demos’ (you and I) need to be able to vote for an executive representative. MEPs are powerless. They can vote on whether they like things, but they can’t change decisions by the un-elected European Commission. Therefore your vote is worthless.

The EU is an autocracy and is now even calling itself ‘an empire’. An empire is a collection of conquered countries run by an overlord. Historically they have inevitably collapsed in freedom struggles and secession wars. By staying in the EU we would become actual subjects of a corrupt foreign bureaucracy. Why would we want that?

We managed to govern ourselves pretty effectively between the ninth century and 1997, including that bit where we also had to manage the largest empire the world has ever seen. The idea that corrupt foreign autocrats can govern us better than we can manage ourselves is ludicrous.

With Freedom of Movement also ending, we can expect to see a lessening of demand for housing, with rents falling. That’s desperately needed or how can people survive? Prices are exorbitant for everything from transport to food and I just don’t understand how people get by right now. It will be worse if things stay as they are and prices on everything just keep increasing.

Conservative candidate Joe Miller is the youngest ever candidate to contest the Kemptown seat at a general election. Aged just 25, Miller is currently a councillor in Brighton and Hove and was until recently the deputy leader of Lewes District Council.

In a statement to voters about their candidate, the Conservative Party said:

Joe joined the Conservative Party at the age of 17 after the financial crisis as he saw mismanagement of the country’s finances hurt the poorest the most.

As a result of that Joe got more and more involved in politics and came into contact with great local councillors who really made a difference to their ward residents’ lives and the city as a whole.

Joe thought he had something to add in both regards and also thought it would be good to have younger representation on the council and especially Conservative young representation and so that is what drove him to stand.

Regarding his selection, Miller said:

I look forward to the campaign to unseat the current Labour MP and invite any residents to join my team to help me in this campaign. If elected, I will be the strong and loud voice in Westminster that we deserve. It would be my honour and my privilege to represent you, the area in which I was born and which I love.

Current Kemptown MP Russell-Moyle was born in Brighton, and worked for the National Youth Agency and the European Youth Forum after graduating from university. He currently acts as Chair of the All-Party Parliamentary Group on Youth Affairs, and has previously written in condemnation of the British government’s policies on arms exports to countries such as Saudi Arabia for use in the conflict in Yemen.

In November 2018, during a House of Commons debate to mark the 30th World AIDS Day, Russell-Moyle revealed he had been diagnosed as HIV positive a decade earlier, saying he wanted to tackle the stigma still associated with the condition.

In a statement to voters, Russell-Moyle said:

I am standing to be the MP – to fight for more homes; for our schools and hospitals; for a better Britain; for the many, not the few. It’s clear that the Tory’s economic model is broken and the prosperity enjoyed by the few is not shared by the many.

The NHS is in desperate need of greater funding. Millions of Britons rely on the NHS every week and, starved of the money needed, it is becoming increasingly difficult for it to keep up with demand. I absolutely recognise that funding should be increased by at least 4% to ensure the NHS can provide the level of care that should be expected of it. The livelihood of the people I serve is much more important to me than ensuring a tight grip on the purse strings.

Labour offers to build a strong economy that delivers for everyone, leaving no-one behind. No tax increases for low and middle earners, instead corporation tax cuts will be reversed so that those who can afford it will provide money to build up Britain’s infrastructure and introduce a £10 per hour living wage.

I hope that you agree Kemptown and Peacehaven deserves better. We can build a better Britain where everyone has a home, all children go to a good school and our voice is represented in parliament.