The makers of Brighton’s new monopoly game have confirmed that the UK’s biggest Pride festival will take over one of the spaces on the newly designed board. Other featured Brighton and Hove icons will include the Pier, the promenade, the Royal Pavilion and The Lanes.

The city’s Pride festival will be starring on a yellow coloured space in a new ‘event’ themed set of the popular boardgame which will be out just in time for this year’s Christmas. Which other two city-related events will be included is yet kept a secret until the official release of the game. Other than the event themed one, there will be a tourism, heritage, shopping and sports inspired set.

Natasha Rebuck from Winning Moves UK, the company which is charged with the production of the new board by game company Hasbro, said: “We are delighted to announce that Brighton and Hove Pride will be taking pride of place on the new board. It will star on a leading location. The Festival – which takes place next week – attracts visitors from all over the world, showcasing Brighton and Hove in all its diverse glory.” 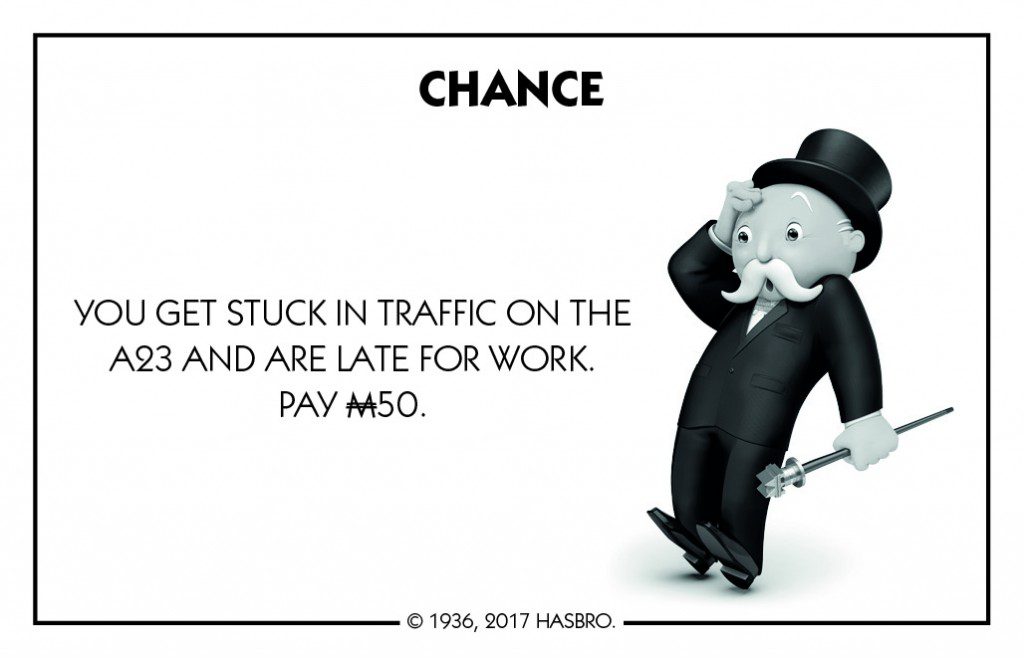 Earlier this year, the company had called Brighton and Hove residents to hand in their suggestions for new tokens and ideas for Brighton locations to replace the ones on the original monopoly board. According to Winning Moves UK, the Pride was extremely popular in the public poll, as was the Royal Pavilion, the Pier and the Brighton and Hove Albion.

When it comes to the new six Brighton-related tokens, the seagull clearly took the head position in the votes. There have also been suggestions for Brighton and Hove themed Chance and Community Chest cards, some of them apparently quite funny.

“As regards the cards, the funniest suggestion we received was for a parking meter to feature on every location! I’m not sure that will be possible but we do plan on dedicating a Chance or Community Card to Brighton and Hove’s challenging parking situation”, Natasha Rebuck explained.

Although it is not clear yet to what extent these sugggestions will be taken into consideration, the company has confirmed that most of the Chance and Community Chest cards will also relate to Brighton and Hove.