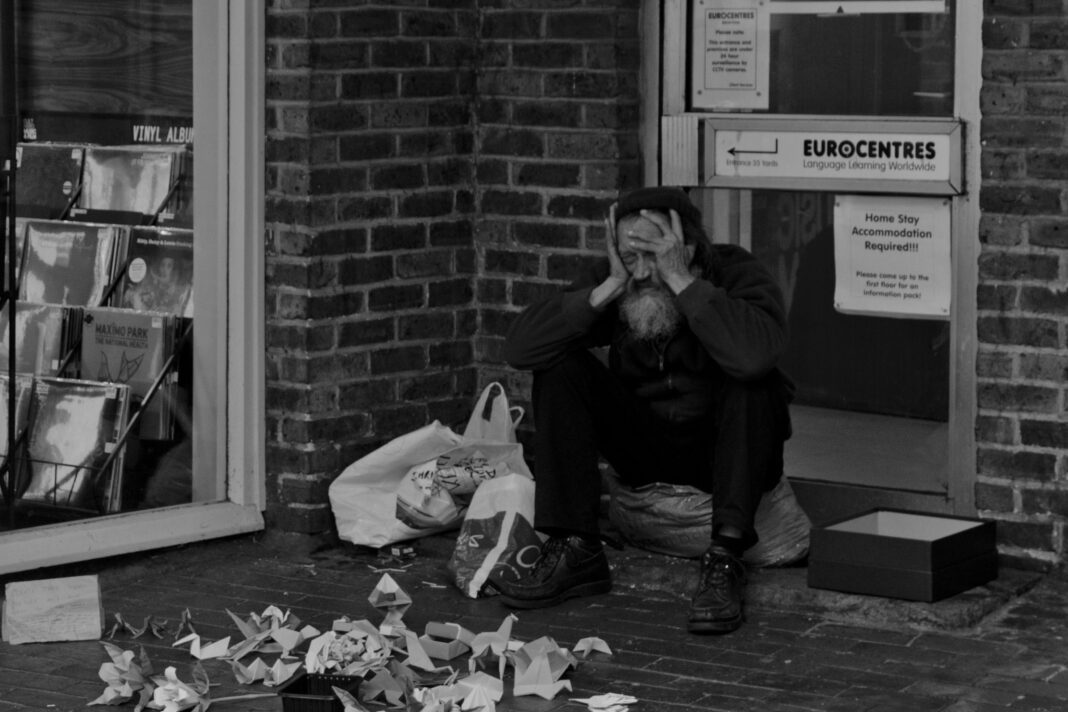 StreetSmart was established in 1998 and since then have raised over £8.2 million for homeless and vulnerable people across the UK.

At participating restaurants during the festive months of November and December, with the benefit of a tablecard or a reference on the menu, a voluntary £1 is added to the diners’ bill.

At the end of each month, the restaurant passes on all of these £1s to StreetSmart. The money is then used to support reputable charities for the homeless.

All StreetSmart’s running and operational costs are generously paid for by their sponsor, Deutsche Bank, so every penny in every £1 raised goes directly to the people who need it.

Homelessness is often misunderstood. It’s not a ‘cute’ cause, so it’s hard to feel empathy for something most of us are fortunate enough never to have endured. Homelessness is not suffered through choice – everyone is vulnerable.

In order to become homeless, a person has to have suffered a personal crisis. Once alone and vulnerable, the slide into a vicious downward spiral is inevitable and traumatic, bringing with it a state of hopelessness most of us have never experienced. From these depths it is hard to remember or imagine life as the rest of us know it, let alone engage positively with society.

“Year on year we’ve grown significantly, both in terms of money raised and number of restaurants taking part. Now over 100 homeless charities benefit from the campaign, nine times more than in 1998”.

All the charities that receive funds from StreetSmart have been carefully selected and are visited by at least one StreetSmart representative. The projects funded are all aimed at getting people off the streets and onto their feet again. Some of the money does go to the basics, such as a bed, a shower, a pair of shoes, but the charities funded don’t stop there as that rarely solves the problem. The money goes to those who support people through crucial stages in their progress from vagrant to valued community members.

“I have no hesitation in supporting and recommending the work of StreetSmart, which is low in bureaucracy and high on delivering where help is needed. We may not be able to solve the question of homelessness, but at least by doing something we, in some way, diminish its tyranny” – Stephen Fry

£7,000 was raised last Christmas through Street Smart in Brighton and Hove last year, and organisers are hoping to build on their success and beat that figure this year. You can help them by having a bite to eat in one of the eligible restaurants.

“StreetSmart is a fabulous charity that remembers the homeless in our city at a time of year when we should be thinking about others. More importantly, our guests agree.” – Marcus Wareing, Chef, Restaurateur

Chef and co-founder of MEATliquor Yianni Papoutsis has urged locals to use their disposible income for good this Christmas and make sure that some money goes to causes that desperately need it: “The housing crisis we’re facing requires both individuals and businesses to support organisations and projects that help to ease the situation”.

Charities in Brighton that are supported by the scheme:

Friends First provide a residential setting for the homeless. As a charity they strive to end cycles of repeat homelessness, to reintegrate homeless people back into society and to promote secure communal environments in which people feel safe enough to tackle their individual issues. StreetSmart’s £2,500 grant will be put towards the salary of their Pathway Co-ordinator, providing a single, reliable point of contact and linking people to services.

Off the Fence provides services to the homeless and vulnerable. Their Project AntiFreeze runs 4 days a week through the evenings from October to March, offering food, hot drinks, emergency clothing and sleeping bags to rough sleepers. StreetSmart’s £2,500 grant will be put towards the salary of a key worker who helps people find hostel and temporary accommodation.

The Clock Tower Sanctuary is a support centre for a monthly average of 70 homeless and insecurely housed young people between the ages of 16 and 25. StreetSmart’s £2,500 grant will be put towards their Crisis Fund which provides funds for emergency travel to see relatives, attend medical, housing and employment appointments.