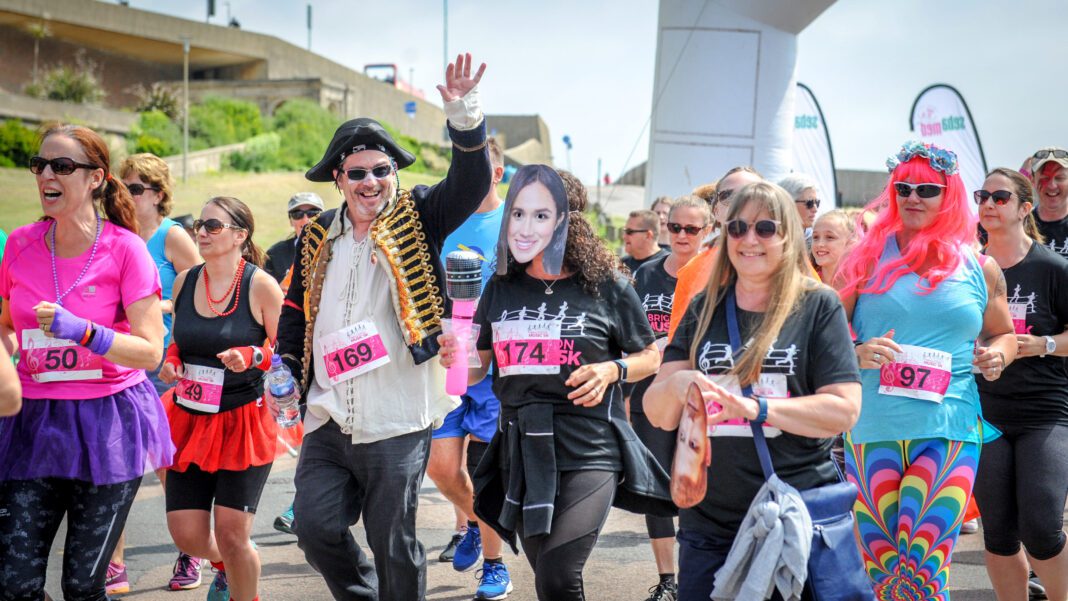 Brighton Run2Music is coming back this May for another running event full of music, colour and entertainment.

First launched in 2017, and following the success of previous years’ editions, Run2Music is introducing a new Half Marathon route and chip timing for those who want to learn more about their performance.

Brighton Run2Music Race Director, John Lunt, said: “What makes this event so appealing is the three different distances 5k, 10k and 21k, and all the entertainment we have on offer before and during the race.”

The entertainment is indeed a major part of the event. On the day, expect to hear live music from DJs, musicians and bands, as well as seeing performances from dancers, gymnasts and cheerleaders.

Participants are also encouraged to dress up as their favourite pop stars and music icons , with prizes awarded for the best fancy dress.

Martlets, Rockinghorse and Rhytmix will be official partners for the 2019 edition of Run2Music. Martlets is a charity caring for Brighton and Hove residents with terminal illnesses, while Rockinghorse is a Brighton-based charity, supporting children for over 50 years.

Mark Davyd, Rhythmix CEO, said: “We are delighted to be partnering with Brighton Run2Music for this year’s event, which coincides with the 20th anniversary of Rhythmix.

“In the last twenty years we have supported thousands of people with music at some of the most challenging times in their lives; dealing with ill health, tackling dementia facing mental health issues.”

The music-themed running event is being organised by the experienced team behind Brighton and Hove Triathlon.

Run2Music will take place on the 11th May 2019 at Madeira Drive and you can purchase tickets on Brighton Run2Music’s website.

OPINION: Covid Will Never End So Locking Down Ever Again Is...