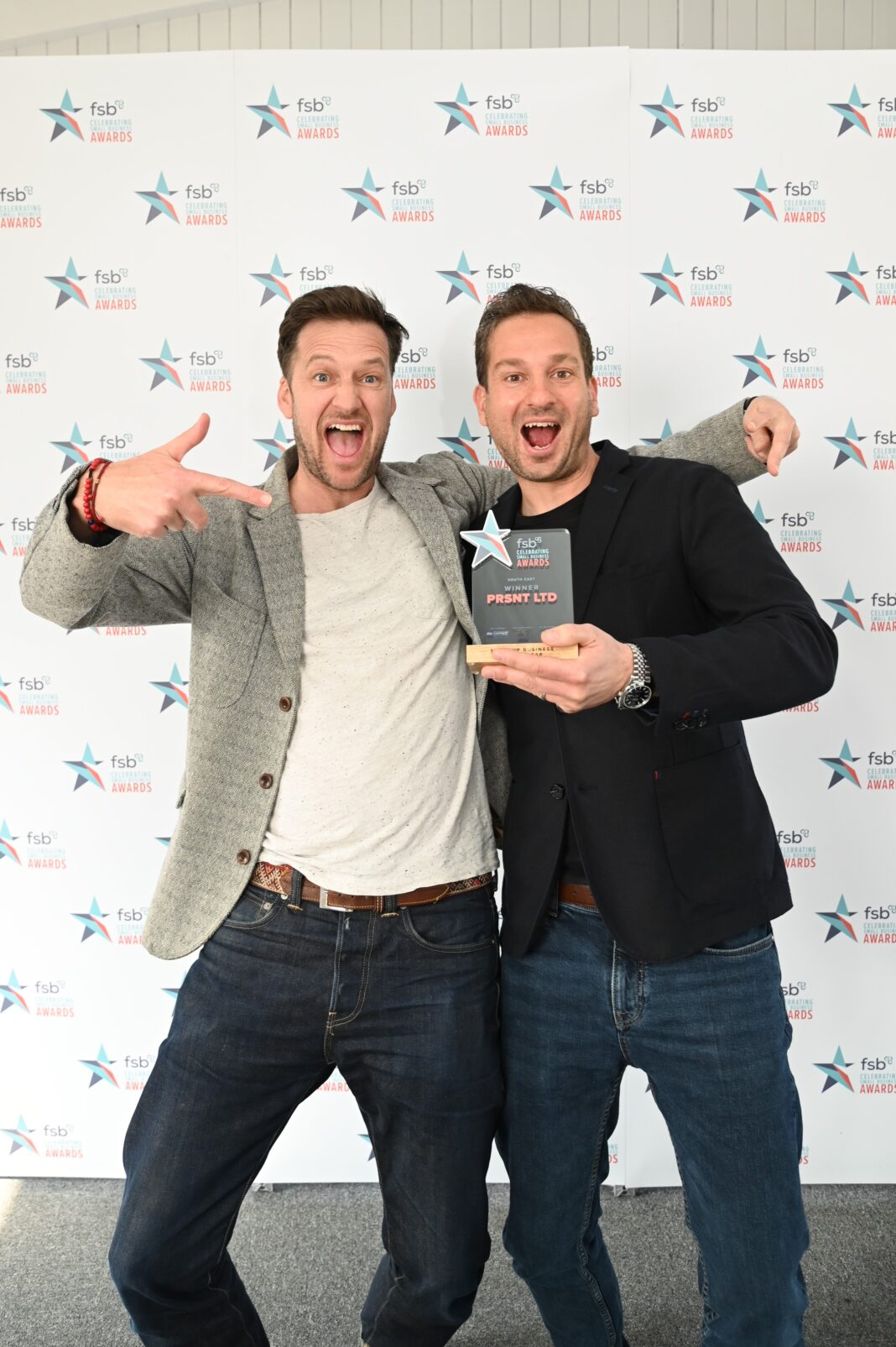 Prsnt unique ‘mini-gifting’ concept enables users to choose an affordable, meaningful gift from hundreds of UK high street brands including Amazon, Asos, All Bar One, Spotify, Deliveroo, Uber, Costa Coffee, Starbucks, Nike, M&S, Sports Direct, The Body Shop and many more, and send it directly to another person’s smartphone – all for the same price as a birthday card and a stamp.

The app features personal reminders, such as birthdays and anniversaries, and is environmentally friendly, eliminating the need for postage and packing. The recipient ‘unwraps’ the present on screen (like a digital scratch card) to reveal their gift. Go to the participating brand and they will scan the QR code.  You can then respond with your own thank you video or a text message.

Prsnt doesn’t just help people gift to their friends and family they also have a separate service designed for businesses with the opportunity to reward and gift employees in companies.

Prsnt won the Best Start-up for the whole of the South East region, and is now entered into the national awards. The final against regional start-up winners to take the title of ‘Start up Business of the Year’ in Glasgow on the 19th May.

Omid stated ‘For us to be nominated was a huge achievement because it validates the company with a well-respected organisation and give access to a huge range of businesses that can see what here up to through the network.

The Prsnt team formed in March 2020 at the height of the Covid-19 pandemic and launched the beta version of the app in December 2020 testing it through peer-to-peer referrals.

Commenting on its proposed offering, Omid Moallemi, co-founder and CEO of Prsnt, says: “Our aim is to become the world’s biggest personalised present gifting platform within the next two years.

“This is the modern way of gifting, removing all bottlenecks in terms of hassle, whilst also addressing sustainability.  Prsnt’s three tap process achieves same-second delivery, perfect when you realise that it’s a birthday, or you don’t want the delay of using the post.

“Prsnt fulfils the momentary need to celebrate somebody you don’t get to see as often as you would like. You don’t want to just send a WhatsApp or a text message – it feels underwhelming as it may not reflect the way you feel about them. With Prsnt, you can send them all a little something instead – something a bit more thoughtful.

“At the same time we offer brands an eyeline in the lifecycle of their customers when sending presents to their loved ones,”

Indeed, the market is buoyant with the search term ‘online gift’ increasing over 80 per cent last year1.

Moallemi continues, “As society returns to pre-pandemic habits, we want to be a catalyst for growth for UK high streets, the aim being for the app to support UK retailers as they open up again after several lockdowns, driving footfall back to the stores either online or in store to help reinvent the high street experience.”

The long-term vision for Prsnt is to increase the degree of personalisation the app offers. “The eventual goal is for Prsnt is to offer a personalised set of gift options for each friend,” says Moallemi. “The idea is to take that pressure off of both parties, to give in a smarter way, and use tech to bridge the gap to remove that stress,”

A planned desktop version will allow for group sending thus opening exciting possibilities for the b2b and b2c models.

Prsnt Co-Founders Omid Moallemi and David Parr were working as Co-Directors of a marketing and design agency when they began developing Prsnt.