Home Sports Brighton v Palace – the story behind the rivalry 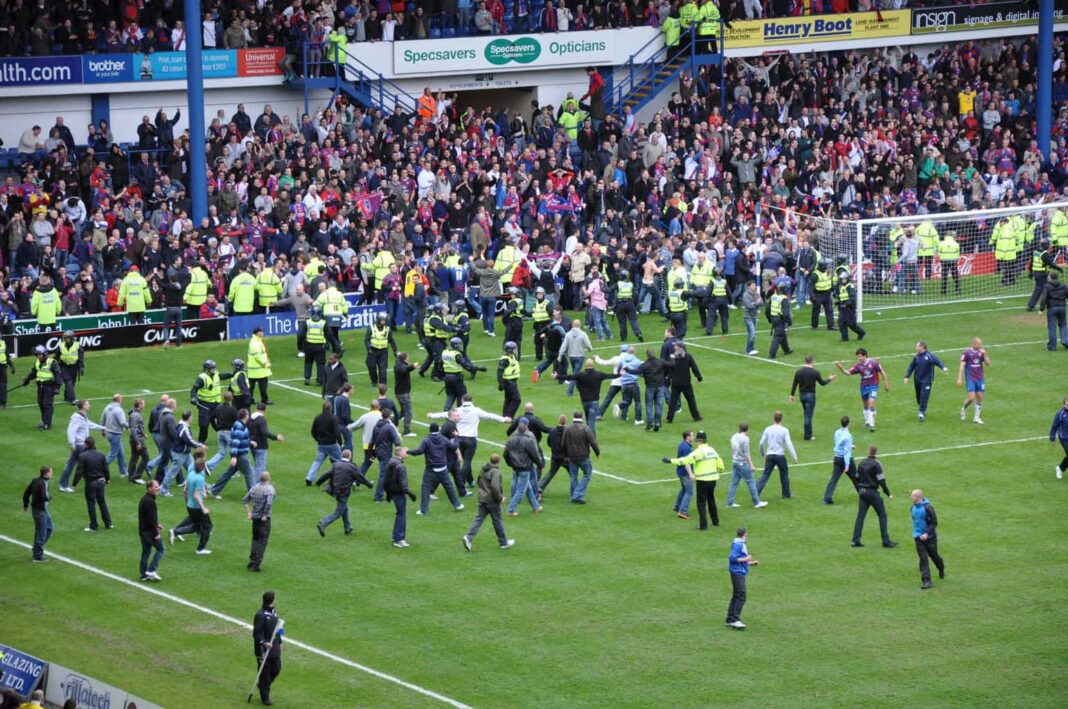 This Saturday, Brighton host Crystal Palace at the Amex Stadium in what is a crucial game for the Seagulls, who are looking to put some daylight between themselves and the relegation zone.

Known as the “A23 derby”, this fixture has carried with it a bitter rivalry since the 1970s, when both teams, under the guidance of ambitious young managers, rose from the Third Division to the First Division.

Over the years, things have often turned pretty ugly between fans when the two teams have met. In 2011, 20 people were arrested outside the Amex stadium following violent clashes, and in 2018, 10 were arrested for offences including assault, affray, and actual bodily harm.

If you are attending the game this weekend, you can expect to find a large police presence, complete with batons and horses.

But why exactly is the rivalry between the two clubs so intense?

Animosity between the two clubs began to escalate in the mid 1970s, following a couple of fiercely contested games in the ’74-75 season which ended in fighting between supporters. However, it was not until 1976, when ex-teammates Alan Mullery and Terry Venables were appointed managers of Brighton and Palace respectively that tensions started to boil over.

These two young managers had played together at Tottenham, where Venables was second in command to Mullery’s captaincy. Mullery has since described this power dynamic as one of the reasons for the bitter rivalry between them – he was both the manager’s and the fans’ golden boy, whereas Venables never felt truly appreciated by either.

The two were set the same task: promotion from the Third Division. Both direct competition for promotion and ill-feeling between the club’s managers contributed to the growing rivalry, then.

At a second replay of a first-round FA cup tie in ’76, Palace were 1-0 up and clinging on when Brighton were awarded a penalty in the 78th minute which was converted by Brian Horton, only to be disallowed as referee Ron Challis adjudged that Albion players had encroached upon the penalty area. Horton retook the penalty and this time it was saved by the Palace keeper. The match ended 1–0 to Palace.

After the final whistle, Mullery angrily approached Challis to discuss the decision and was escorted off the pitch by police while flicking ‘v-signs’ and swearing at Palace supporters in the stands. The Brighton manager then allegedly entered the Palace dressing room, threw a £5 note on the floor and told Venables, “Your team’s not worth that.” Mullery was fined £100 by the FA for bringing the game into disrepute.

The two clubs were promoted to the First Division in 1979, with Palace pipping Brighton to the Second Division title by one point. Shortly after, both managers left for different clubs, leaving behind a fierce rivalry as their legacy.

Since the reigns of Mullery and Venables, arrests have been made at virtually every game Brighton and Palace have played against each other.

During the ’90s, when Brighton were languishing in the third and fourth tiers of English football, the clubs did not meet often. The First Division match between the two sides on 26th October 2002 at Selhurst Park was the first time the teams had met for 13 years, and Palace ran out 5-0 winners.

When the teams met in the league in December, it ended in a 1-1 draw, with numerous skirmishes between fans and police being reported.

So there you have it – the history behind the fierce “A23” derby! But who will come out on top this Saturday?