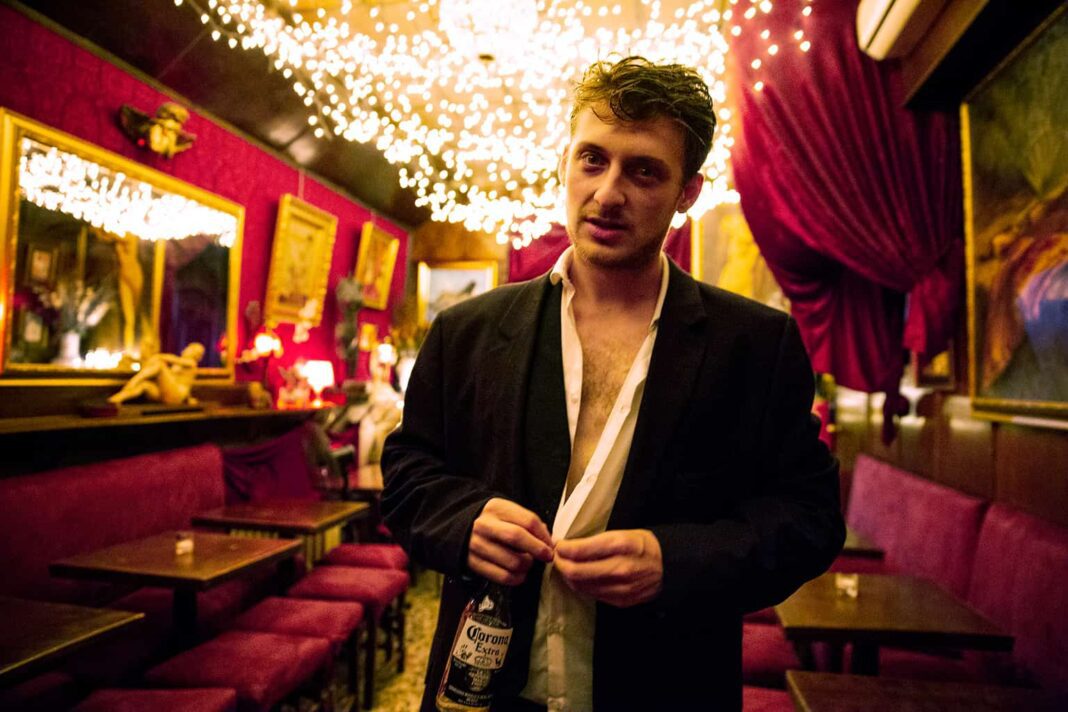 Jack Tucker – the alter ego of award-winning comedian Zach Zucker – caused such a stir at the Edinburgh Fringe he had five star reviews and walk-outs for the same performances! Delusional, a send-up of the down-at-heel US comic-in-a-suit, Zucker shows himself to be an expert clown as he firmly keeps Tucker’s ‘comedian’ in the realms of the struggling. We spoke with the man currently becoming an international sensation in Mumbai, the comic at the front of it all – in character – Jack Tucker.

Hi Jack, how are you doing today?

Not well, Victoria. My wife and I recently separated which has been really tough on me. I’m still wearing the ring though, so don’t tempt me ladies!!!! In all seriousness she did leave me and I haven’t seen my boy Joe for a few weeks and I’m worried about how this is affecting his development. He’s still a child (19 years old) and I’m worried he won’t get a chance to love his dad the way my audiences love me. After I win the best comedy award this year, my plan is to buy my son season tickets to the New York Yankees so he and I can go to all 81 home games together.

Since I saw you last in Edinburgh 2019 you have travelled the world. What did they make of you?

Incredible. Audience’s absolutely love me. People get up on their feet, sometimes before the show’s even done, and walk out of the room to go and tell their friends about it!!! Sometimes this happens only 10-15 times a show! I really feel like I’m connecting with the folks who come to my shows. I’m not surprised… People love to laugh, I love to make em laugh, and who am I kidding – I get a kick out of it too!

You shared some of your story on stage about your relationship with your ex wife and son – how would you feel if your son decided to follow in your footsteps as a comic?

I would tell him to step off. Leave being funny to the funnyman himself – Jack Tucker!

And – without meaning to pry too much – is there any new love on Jack Tucker’s horizon?

I appreciate your interest Victoria, but I am still committed to my wife, Sharon. I mean just because she – allegedly – wants a divorce, doesn’t mean I want a divorce. I thought this was America not dictatorship Russia! Yes, I signed legal documents that – allegedly – say our marriage is no longer official. Yes, she has a new boyfriend named Dave. Yes, I am still living in their garage. Yes, I hear them make l*ve at night. But, NO, I am not a communist and YES I love the red, white and blue!Support Our Troops!

I’m not sure who this guy is but he’s really starting to tick me off. He keeps adding these sound effects to my show and I don’t want them. I don’t know who he is, but I think he’s been sent by somebody else to keep an eye on me. I keep tryna lose him, but everywhere I go, he’s there. If anyone knows anything about this man, please call 847-433-0422. 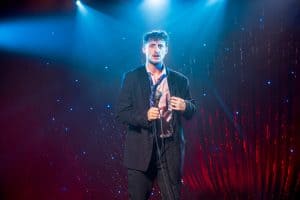 With such high sound cues, and a character story arc in your solo show – how does that adapt to when you step into a compere role?

Asking Jack how he adapts to an audience is like asking a tree how he got in the ground – it changes with the season. You know the old saying, if a tree makes a joke in the woods, does anybody make a sound? Yes: everybody laughs! Really makes you think….

What do you think of sharing a bill with other acts?

I find it difficult for other acts to share a bill with me because they have to go on after me. Every time I’m on stage it’s amazing. I’ve never had a bad set in my life. Men, women, boys, girls, children, uncles, cousins, women and boys all become one through laughter.

Were the number of walk-outs during the Edinburgh run a badge of honour, low brow fools who just didn’t get it, or something else?

People never walk out of my show. Who would do such a thing? Hey what type of interview is this anyways? I want to talk to a lawyer. Somebody call my lawyer. You have the right to remain silent, this is a citizen’s arrest!

What are the best and worst things that have been printed/said about you/your show?

I don’t think I’ve ever had a worst thing said about me but I guess some things are less the best than others. One time somebody tried to kill me during a show, but that was unrelated to the material, and more of a “personal matter’ if you know what I “mean”.

Tell me something about Jack Tucker that nobody else knows, please –

I’m a bit of a fitness freak so I like to knock out a couple rounds of push-ups before each show. I don’t want to get too top-heavy like some of those meatball heads out there – hahahahahaha! I just came up with that one! – so I try and cap myself at six to stop myself from getting too strong. I could keep going – obviously – I’m just not one of those superficial guys who’s concerned about his appearance. I already know I’m strong. No point in getting stronger if I’m already at my maximum strength.

What do you have in the pipeline for the next 12 months – and what is the loftiest ambition you have for the name of Jack Tucker?

I plan on winning Brighton Comedy Award and fulfilling my dream of buying the New York Mets. To be totally honest with you I’m 100 per cent certain both of those things will happen in the next month. My dad is a big Mets fan and it would really mean a lot to me if we could make this happen. I really miss my dad and I hope he sees this interview in heaven or Boston or wherever he is.

What is the trickiest situation you’ve ever found yourself in in the wake of a free bar – or a bagful of energy drinks?

I’ve never been in a tricky situation in my life so I’m not really sure how to answer this question.  I made the right decisions over and over again. I made the right jokes, I chose the right woman, and I slept with the right people. I made such a consistent streak of good decisions, the other comics started calling me Lucky Jack. Not sure if this translates to English culture, but in America we have these things called “decks of cards”. Traditionally there are fifty-two cards in a pack, and one card in particular is called a Jack. You’re not gonna believe this but historically this card is known as a lucky card. You can’t write this stuff!