Home News Brighton’s Redevelopment: What will our City Look Like in Ten Years Time? 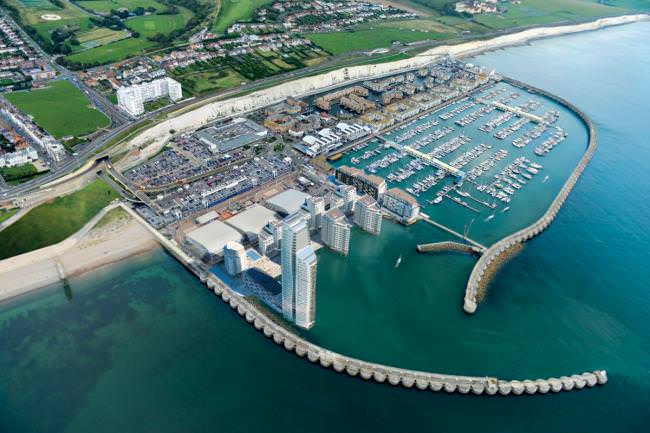 There are many people who are opposed to the changes happening in Brighton. Some feel as though it’s taking the heart out of the city, some are angry at the cost and some simply do not like the way the planned redevelopment’s look. Whilst these opinions are agreeable over projects such as the building of a 40 storey high apartment block at Brighton Marina, there are other projects that will genuinely help our community and make both the town centre and seafront a better place to be. Most of the redevelopment for the seafront is directed at the Eastern end. From the aforementioned Brighton Marina development to the Madeira Terraces regeneration to the Black Rock Scheme, there are abundant plans to improve the look and infrastructure of our city.

Up first is Brighton Marina. There has been over £1 billion of investments with £250 million of that funding going towards the Marina. Brighton & Hove City Council have a plan of building 30,000 new homes by 2030 and this project covers 853 of them. 40% of these houses are to be “affordable” but one has to question the validity of this when compared to similar schemes in London and unfulfilled promises down here. There has been some serious opposition to this project due to the construction of 11 buildings ranging from 6 to 40 storeys. There will be 244 retail units in just two of these structures alone and the 40 storey tower dubbed by the developers as the “roaring forties” has been the main point of contention with locals. There are some positives to the project, they’re ripping out the large concrete infrastructure that is the carpark and are replacing this with “more functional and aesthetically pleasing” underground parking. Initially this project was proposed in 2007 and included a large scale redevelopment of the entire site. There will also be new transport links between the cliff’s and the marina. The project is due to be completed by 2020.

Coming slightly further West, there is the Black Rock Scheme. A proposed plan that ties into the overall Waterfront Project and regeneration of Brighton’s core centre which will bring Churchill Square to the seafront and see the demolition of the Brighton Centre and the Odeon complex beside it. The proposal for Black Rock is to use the 30-year derelict site near to build a replacement for Brighton Centre, housing a 10,000 capacity world-class music venue and conference space. The overall redevelopment scheme will cost an estimated £540 million. The council want to improve transport links to the city centre and Brighton Station from this slightly out of the way location but that could help with general transport infrastructure in that area. Included in this project is the major expansion and improvement of Churchill Square and with that, improved public spaces in the city centre.

The plans for this project received a boost in January 2017 with an additional £12 million of Government funds being awarded to the council. The money came via the Local Enterprise Partnership and already has made a significant difference to the continuation of the development. The Waterfront Project is still at an early stage in the long-term and large scale project. The council’s website explains how the money would be spent. They say that the project would involve them “selling the site of the Brighton Centre to Standard Life Investments, owners of Churchill Square shopping centre. We would use the money from the sale to part-fund a new venue at Black Rock.” The completed redevelopment’s have a projection of creating 2000 jobs which would in turn boost spending in the city by £150 million annually and would potentially earn an extra £4.6 million a year for public spending. There are lots of factors that have to fall perfectly into place for this project to fully go ahead and the only downsides being argued by the public are that of a venue on the seafront. However the area being proposed for development is derelict and dingy and the project would not necessarily take away from anything in the Black Rock area. 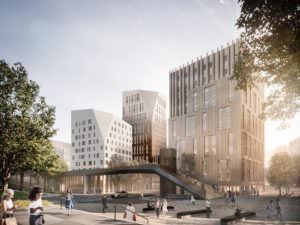 Finally, the end of Lewes Road will be transformed with the new regeneration scheme of Preston Barracks. It’s part of a wider project with Brighton University land and the hope is that the end of Lewes Road will get the much deserved spruce it needs. Preston Barracks has been derelict for 20 years. The redevelopment of will be the site of 369 new homes, a new university academic space, student accommodation with 1338 bedrooms. The £300m plan is predicted to generate £500 million for the city’s economy and will create over 1500 jobs. As far as the redevelopments go this one is arguably the least opposed from city members, however as the Argus reported a while ago the Coombe Road Local Area Action Team had a meeting towards the end of last year and much opposition came from community members including Rebecca Barkaway “we are being transformed into the university’s campus. In an area that is already overwhelmed by a student community this just seems a step too far”. Whatever your opinion on it, that area of Brighton will almost certainly do well with some more infrastructure.

So, we have the potential of an arena at Black Rock, there’s the construction of a lot of new houses and re-generation in almost every part of the city. What’s your opinion on the projects? Let us know.