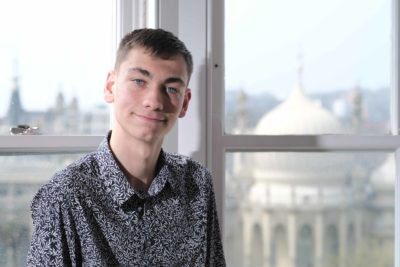 Voters go to the polls in Brighton and Hove on Thursday and one of the parties vying for their vote and hoping to make a return to the council is the Liberal Democrats.

The party lost their last seat on Brighton and Hove City Council in 2011, amid a backlash against the coalition government and a surge in support for the Green Party. Eight years on, the party is fielding 25 candidates in the hope they will profit from dissatisfaction with the major parties.

Duncan Moore, a Liberal Democrat candidate for Brunswick and Adelaide, thinks that, despite Brighton’s student population and their broken promise on tuition fees, the party is still relevant in the city and could gain seats.

“Brighton is a liberal city, but also a city of small business and internationalism and co-operation, and I think our fundamental values chime very well here.”

So what is it that the Liberal Democrats are offering Brighton residents at this election?

Moore explains that the party wants to look at adopting models being tested in councils in London, such as Lewisham and Richmond, to help homeless people apply for jobs.

“We would be interested in following a particular trial that’s been going on in Lewisham Council, where homeless people are assigned redundant and non-existent addresses, so they can apply for benefits and jobs. If it goes well, we would seek to emulate that model,” he said.

“If the pilot does not pan out as we expect, we would adopt the model that our colleagues in Richmond Borough Council have used, by providing post boxes for the homeless in council offices, so they have something to use as an address.”

He also said that they want to prioritise finding a site for the proposed 365 days a year night shelter.

The party is also offering a radical approach to providing affordable housing, by building new homes on Hollingbury Golf Course, a site that crosses into the South Downs and is marked as green belt land.

Moore explained: “Although all the other parties say they want more housing, there is a tendency from them to shy away from difficult decisions. The other parties are a bit scared of the idea of any controversy and aren’t really willing to grasp the nettle on these issues.

“I think a large-scale project like this is necessary. Hollingbury Golf Course is one of two council-owned golf courses in the city, which for a city of under 300,000 people seems excessive, particularly when there are four private ones as well.”

He also defended the need to build on an area of the South Downs and said: “Housing is built on South Downs land on some of the less pristine land. If anything, this is a bit of an opportunity, because the South Downs National Park authority is much more rigid in terms of affordable housing restrictions.

“This provides a good opportunity not only to build more houses for families and people on the social housing waiting list but also an opportunity to build a substantial majority of them affordable.”

Ashley Ridley, the party’s candidate in Hollingdean and Stanmer (the ward of the proposed housing development), said that he would also want to lobby the government to do more to tackle empty homes in the city.

“It’s very hard to get a property now in Brighton because rent is so astronomical. At the moment, a lot of the market in Brighton is being bought up by a lot of property magnates who are leaving properties empty, when they could be being used for families and for individuals,” he said.

“We want to lobby government on a national level to put a 200 percent increase on taxes of empty homes or second homes. That could help bring down the rent in Brighton.”

The Liberal Democrats are critical of recycling services in the city, in particular that waste sometimes ends up being incinerated rather than recycled. The party wants to review the council’s recycling contracts and launch a city-wide composting scheme.

“The blame ultimately stands with the Labour administration, because of the 25-year contract they signed back in 2003, which was extended to 30 years in 2007, so we are somewhat stuck by the terms of the current contract to an extent until 2033,” Moore said.

“We would definitely be looking at trying to reopen that contract because it is not a good contract and we have incredibly poor recycling rates in the city.”

Moore also explained that the party would like to see more plastics being accepted and providing services in-house separate from the contract if possible, in particular composting.

The manifesto for the local elections also calls for a People’s Vote on Britain’s exit from the European Union, as well as lobbying government to maintain existing European environmental standards and protecting the rights of EU citizens.

Despite local councils not being able to affect this national issue directly, Moore says that Liberal Democrat councillors would make their voices heard to contribute to the process.

“Should Brexit happen, we are going to have to do a lot of positioning as a city and a country to salvage what we can from the good things that we’ve had as part of the EU, and Brighton and Hove is particularly sensitive to this.”

On transport, Moore said that the Liberal Democrats strongly oppose the plans for Valley Gardens, especially given what they consider a lack of local consultation.

“We have noticed with this administration, there’s been a bit of an issue on quite opaque consultations. For a project the size of Valley Gardens, we really think a city-wide consultation would be appropriate.”

He also raised concerns about the proposals themselves and said they could make the area less safe for road users and pedestrians alike.

“I completely agree with the concern about the roundabout, because statistically for motorists and pedestrians, a roundabout is safer than T-junctions. I find it concerning that the head of the council isn’t aware of the difference in safety between the two.

“A five-lane highway in central Brighton quite frankly seems like a scheme from the 70s, rather than anything sensible for pedestrian-orientated travel in the city.”

Ridley agrees, and said that the scheme could also make roads more congested and worsen pollution in the city.

“If you have traffic lights where the roundabout is now, cars will be stopping and starting, and it will just increase pollution and make the air quality in Brighton worse,” he explained.

Among their other pledges, the party is also calling for a new park and ride scheme at Mill Road.

“Instead of our one park and ride that is not used very heavily, Oxford actually serviced four. It worked very well for reducing traffic, so I feel like that could be something that’s very beneficial.”

Ridley, one of the election’s younger candidates at 18, believes that cuts to youth services have played a major factor in the rise in violent crime in the city, and said that he would want to see these services provided to turn them away from violence.

“What I would look to do is bring in a youth centre in my ward, so young people can go and it gives them a place to get support and talk to people. Some kids as young as 12 are going round thinking they need to carry knives. We need to encourage them that’s not the way to go forward and help them cope with whatever they’ve got going on in their lives,” he said.

He also said he thinks that, if elected, he can make young people feel more included in the decisions being made in their community.

“I think with a lot of young people who are getting involved in crime, it’s because they feel that there’s no one in the city who’s got their voice. All they are seeing is cut after cut, and they just want someone to stand up for them.

“Politicians are too easy to push young people to a side and it’s time that young people are given more of a say, because they will be the ones shaping the city. I think I’ll bring a different mindset to the council, with ideas that are less stuck in their ways.”

The Liberal Democrats believe that there is still a space for them in Brighton and Hove and Ridley defended the need for the party in local government in the city.

“We really need a centre party, especially with the Labour Party going more to the left and the Conservatives going even more to the right,” he said.

“There’s a lot of angry voters who are not happy with the way politics is going and we’ve lost that common sensible centre ground that we need in this city.”