Home Politics What would the Liberal Democrats do for Brighton and Hove? 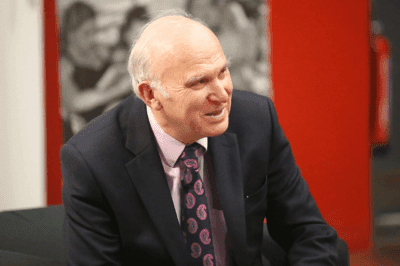 The Liberal Democrats will be hoping they will gain their first seats on Brighton and Hove City Council since 2011. What would Liberal Democrat councillors do if elected in the city?

The Liberal Democrats manifesto for Brighton and Hove is split into five key areas; ‘tackling housing and homelessness’, ‘getting the basics right’, ‘fighting Brexit’, ‘saving our schools’, and ‘having pride in our city’.

The Liberal Democrats want to provide a permanent night shelter for homeless people and, should it be successful, adopt Lewisham Council’s model of providing homeless people with spare addresses.

The party want to build 1,500 new homes on Hollingbury Golf Course, subject to public consultation. They also want to ringfence a proportion of ‘community benefit’ contributions from private developments to fund social housing or the permanent homeless shelter, and investigate the possibility of running a Rent Deposite Guarantee Scheme.

‘Getting the basics right’

Should the Liberal Democrats win seats, they would attempt to renegotiate current recycling contracts to accept a wider range of plastics. They would also run a city-wide composting scheme.

As well as this, they would fight ‘secret decision-making’ on the council, particularly over projects such as the King Alfred leisure centre. They believe residents should have a right to be consulted on planning matters and other issues that concern them.

The party supports the People’s Vote campaign and wants to stop Brexit.

It also supports the free movement of people and will campaign to maintain EU environment standards. It would also push to ensure the UK remains in EU schemes such as ERASMUS.

On a national level, the Liberal Democrats want to provide an extra £7 billion to education providers and triple the Pupil Premium to held financially disadvantaged students.

They want to make sure schools have enough teachers, books and equipment and encourage primary schools to provide foreign languages teaching to students.

The party would also oppose the selling off of school grounds and encourage schools and the local community to share sports facilities.

The Liberal Democrats think the nightlife in Brighton is one of the great things about Brighton. They would oppose the closure of live music venues in the city and seek to support community-run pubs where possible.

On LGBTQ+ issues, the party believes in banning conversion therapies and wants to provide universal access to PrEP. They also call for greater provision of support for trans people as they transition.

As well as this, they would extend the opening hours of council-run tourist venues and libraries. They want to ensure these services are consistently open on Bank Holidays.

The party would health services by promoting community pharmacies as a front line for help with minor illnesses to help reduce pressure on GPs.

They would also try and raise awareness of support for mental health by putting up signage near busy roads and train stations. They hope this will help health services get involved at an earlier stage.

The party wants to develop a new park and ride at Mill Road and provide infrastructure for electric vehicles in Brighton.

They also plan to expand the cycle lane network in the city where possible.