Police have released new images of missing Brighton woman, Tiina Proffitt, as concerns continue to increase regarding her whereabouts.

Amidst growing concerns for Tiina’s welfare, a police drone and the National Police Air Service helicopter assisted Sussex Police Officers and Sussex Search and Rescue volunteers in their search across Brighton and surrounding areas over the weekend.

Searches across local parks, golf courses and woodland areas were unsuccessful in locating Tiina, but members of the public who frequent these areas have been urged to look out for her. 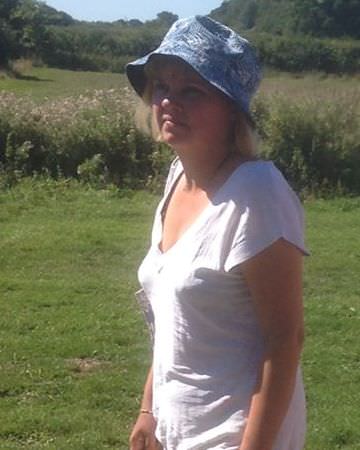 Tiina is described as being white, 5 foot 7, with a slim build, pale complexion and blonde hair, parted in the middle. She also speaks with a Scandinavian accent. At the time of her disappearance she was wearing dark red tracksuit bottoms, a purple zip up hoodie, trainers and carrying a white tote bag.

Her family and the police are requesting for anyone with any information at all regarding her current whereabouts, or her movements since her disappearance to come forward and assist in the bid to reunite Tiina with her loved ones.

“We now know Tiina was still in the area about 3pm on Friday 17th August, however her movements beyond that point remain a mystery. She has not come home and her family are desperate to hear from her.

“Tiina’s disappearance is out of character and she is not believed to be in possession of a mobile phone. She has had poor health recently and has become depressed, and has lost quite a lot of weight. We hope someone, somewhere, has seen her or knows where we can find her.”

If you have information that may help in the search for Tiina, or see anyone that you think matches her description please report online or by calling 101, or 999 in an emergency, quoting serial 1047 of 17/08.