Home Politics Conservatives only party not to meet with Extinction Rebellion 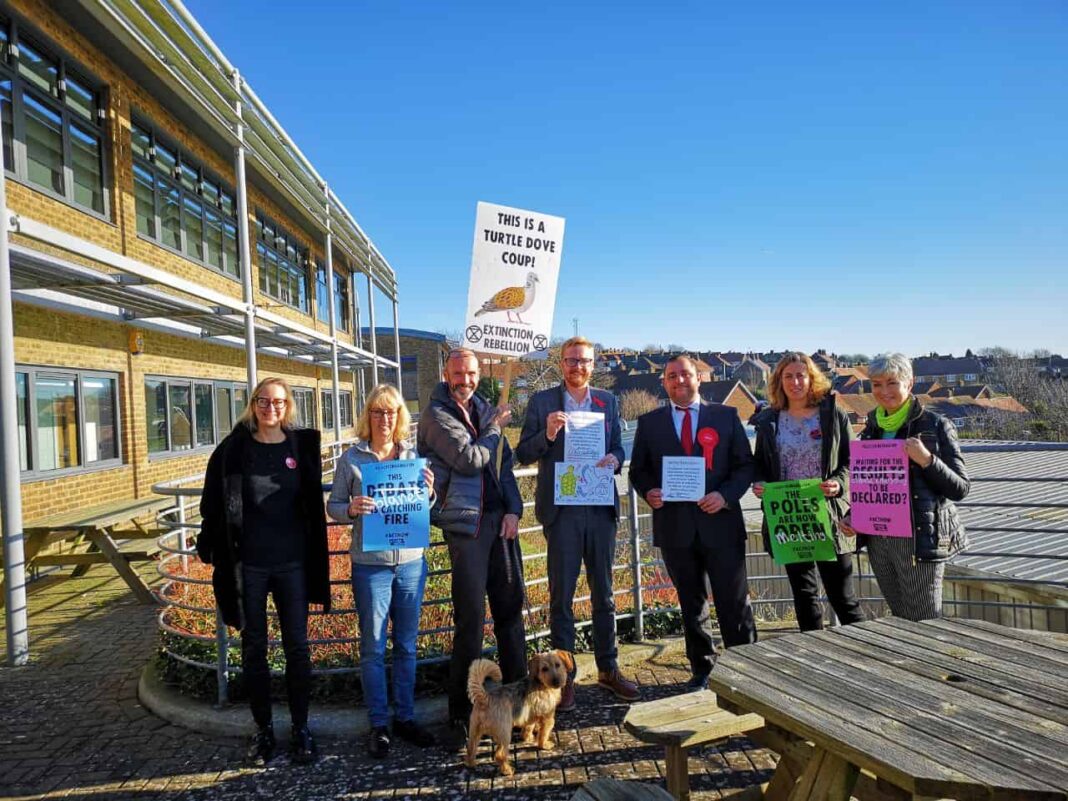 The Conservative party failed to meet with Brighton’s Extinction Rebellion (XR) group to discuss tackling climate change and the collapse of nature.

Members of the XR group met with local representatives from all of Brighton’s major parties, except the Conservatives. XR are demanding that all political parties pledge to take action on the ecological emergency as part of their ‘Twelve Days of Crisis’ campaign.

The campaign is designed to underline the gap between current party environmental policies and the scientific reality of the climate and ecological emergency. In Brighton and Hove, as in towns and cities across the UK, the group is staging daily actions from 1st to 12th December, the day of the general election.

On Monday, XR met with candidates from the Green, Labour and Liberal Democrat parties, who all signed a declaration stating they will do what they can to tackle climate change. A meeting is also due to take place with the Brexit party candidate Graham Cushway.

However, XR claim that they contacted both Robert Nemeth and Joe Miller (as well as the general local Conservative email), yet received no response.

“We are truly saddened that no Conservatives met us or signed our pledge to tackle biodiversity loss, especially when local candidates from the other major parties met us and did so. We are not party political and we genuinely want to engage all parties, because the climate and ecological emergency affects us all.”

“I recognise the current ecological emergency and pledge to do all I can to save turtle doves and other species at risk of extinction both locally and globally.”

The focus on the extinction of turtle doves ties in with XR’s ‘Twelve Days of Crisis’ campaign by drawing attention to the planet’s increasing loss of biodiversity.

The group presented each candidate with a child’s drawing depicting what they thought a turtle dove would look like (as most British children have never seen one) to display in their office window.

“There were once 125 thousand breeding pairs of turtle doves in the UK. There are now only five thousand. The decimation of this gentle bird’s population is representative of what is happening more widely to British wildlife.

“41% of British wildlife is in decline. A quarter of our mammals face extinction. Insect numbers are plummeting. The dawn chorus is quieter. Our hedgerows and dwindling forests contain less life than ever before. So many species are teetering on the brink of extinction and will disappear forever, unless urgent action is taken.

“We need to remember that nature is not some pretty place to visit at weekends. All life on earth is dependent upon it. As humans we are just one part of a complex, interdependent ecosystem. We cannot survive without the natural world. That’s why we are urging all local political candidates to commit to act urgently on the ecological emergency.”

Brighton Journal has contacted the Conservative party and is awaiting a response.