Home News Council Urges Drivers To Slow Down To Save Lives 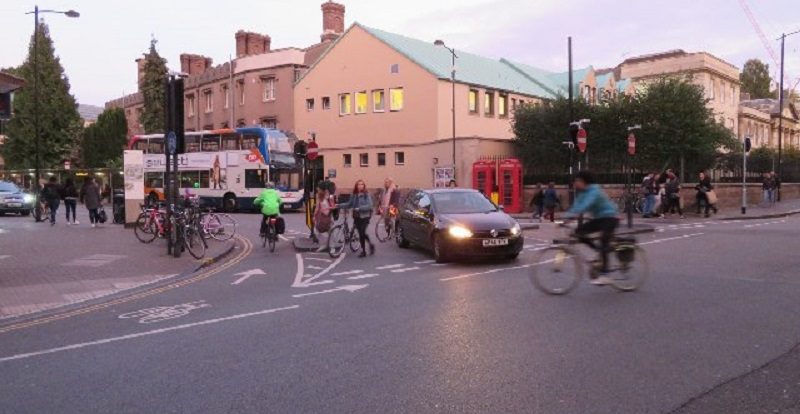 Brighton & Hove City Council are this week supporting the European-wide speed enforcement week, which runs from 6 – 12 August, and as part of this are urging drivers to slow down to saves lives.

The week long campaign is run by the organisation Traffic Information Systems for the Police (TISPOL) and was established by the traffic police forces of Europe in order to improve road safety and law enforcement on the roads of Europe.

The aims of the campaign are: To target irresponsible and dangerous drivers committing excess speed offences, to inform drivers of the risks – both to themselves and to other road users associated with speeding, and to encourage drivers to obey speed limits and drive at speeds safe for the road environment.

The campaigns main priority is to reduce the number of people being killed and seriously injured on Europe’s roads and from their official website, the TISPOL mission statement reads:

“TISPOL will work in partnership to make Europe’s roads safer and secure. The key focus of our work will be achieving reductions of road deaths and serious injuries through the enforcement of road traffic offences and the education of all road users. Further we will support the security of the road network by tackling criminality and cross border crime.”

Research shows that the risk of a crash is decreased when you slow down. This can be for a number of reasons:

Firstly when driving, the lower the speed is the less distance is being covered. This allows the driver more reaction time to make decisions and take action to avoid a potential collision.

Also the slower the driver is going, the less time it takes for the vehicle to stop after you hit the brakes (braking distance is shortened ), enabling the driver to keep control of the vehicle.

Finally the lower the speed is, the less kinetic or movement energy the vehicle and passengers carry, and therefore less energy is released when colliding into another vehicle or stationary object, such as a tree or wall, which ultimately results in less less damage.

Brighton & Hove City Council are supporting the campaign alongside Sussex Police, other police forces across the UK and Europe, and the Sussex Safer Roads Partnership (SSRP), to crack down on dangerous drivers.

On their official twitter account to raise awareness, Brighton and Hove City Council are using the hashtag, #slowdown, which can be seen below:

Driving too fast causes approximately 77,000 injuries and around 1000 deaths in the UK each year and last year in Brighton and Hove, there were a reported 687 collisions, and of these 144 people suffered serious injuries and 6 were fatal.

Also in Brighton and Hove, cyclists and pedestrians are seen as the most vulnerable road user groups and its stated that most accidents involving pedestrians and particularly children, happen in roads in 30mph areas.

This tweet from David Harford, shows the staggering impact slowing down has on pedestrian survival rates:

Just slow down – better to arrive late than never!

Using data like this, the council is committed to reducing speeds around the city through education, engineering or enforcement.

The council are working in partnership with the Sussex Safer Roads Partnership and aim to reduce the numbers of people killed and seriously injured at fixed camera sites by 40% over the next three years, with Speed Indicator Devices (SID) in operation around the city to remind drivers to keep within the speed limit.