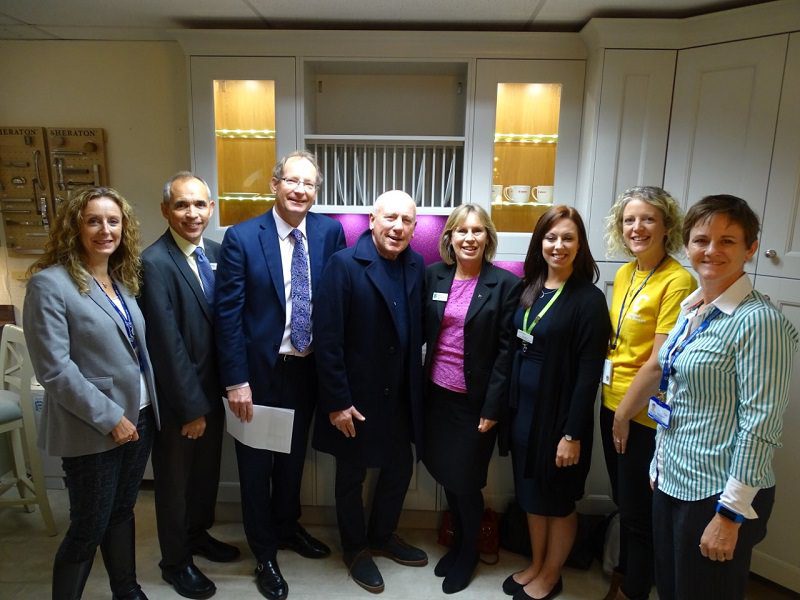 A builders merchant which raises money for hospices across the South East is again on the fundraising trail.

Covers Timber & Builders Merchant, which has a branch in Brighton, is hosting its hugely successful charity initiative ‘Covers’ Help for Hospices’ this September and aims to raise £30,000 for local charities.

Now in its fourth year, the charity campaign supports hospices across the South East including Chestnut Tree House and The Martlets Hospice.

From Monday 10th September until Saturday 15th September, Covers will be donating £5 for each registered customer that makes a purchase during the event. The generous company has also pledged to donate at least £20,000 of its own money to kick start the campaign and further bolster funds.

On Monday 10th September, volunteers from both the Chestnut Tree House and The Martlets Hospice will join staff at Covers Brighton for a ‘builders bake off’ going head to head in the battle for the best bake. Following the competition, all cakes will be available to enjoy in return for a donation to the charity. There will also be a chance to win some top prizes in the raffle, including a £500 holiday voucher, iPad and luxury foodie hamper.

Chestnut Tree House is the children’s hospice for East and West Sussex, Brighton and Hove, and South East Hampshire. It cares for 300 children and young adults from 0-19 years who have progressive life-shortening conditions. It currently costs well over £3.5m each year to provide all the care services provided by Chestnut Tree House and less than 7p in every pound is funded by the government.

Rupert Green, Chairman at Covers, said: “The Covers’ Help for Hospices campaign has become an annual fixture on our company’s calendar.

“We are delighted to be running this highly successful campaign for a fourth consecutive year. We hope as many people as possible support us in our mission to raise lots of money for such important community charities.”

Tickets for the raffle will cost £1 each or £10 for a book of 10, and are available to purchase in all Covers’ depots until Friday 28th September 2018.