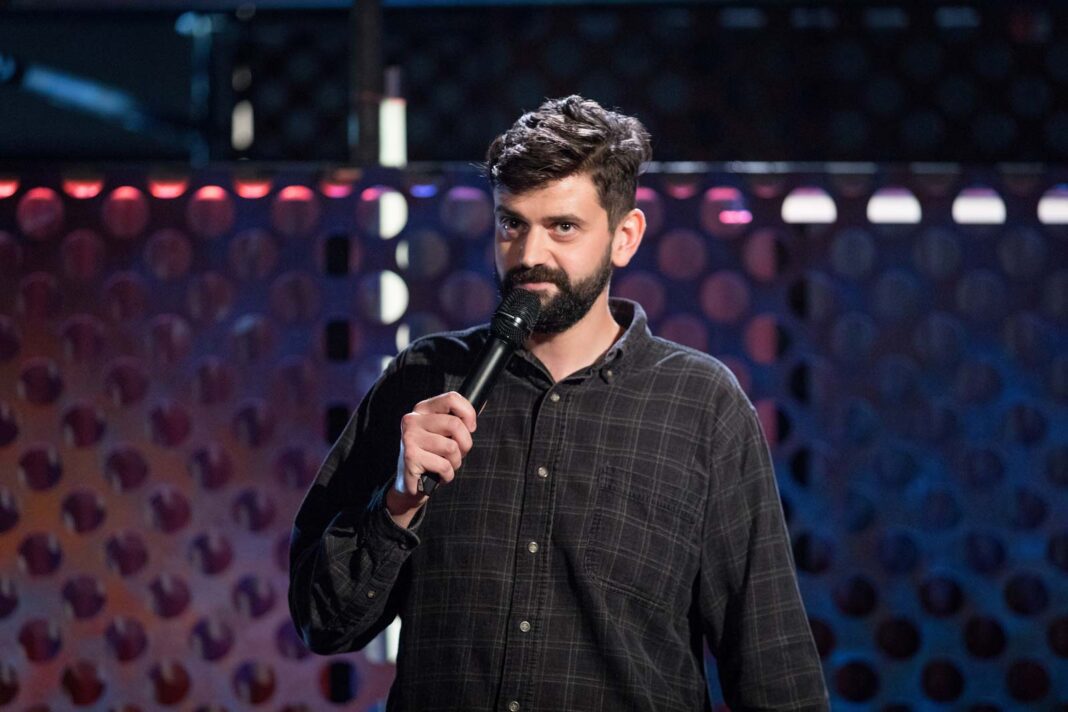 Fin’s wedding was a few months before the pandemic. Seeing as he’s now been married for 300 years, he’s getting out the house and hitting the road.

After the year we’ve had, he just wants to make the whole crowd laugh. But is that even possible anymore? With half the country complaining how comedy’s too PC and the other half whining that it’s not PC enough, how do we get everyone on board?

Fin’s going back to the old ways.

He’s going to put on a suit, and tell jokes about his wife.

Fin Taylor (Have I Got News for You) makes a triumphant return to the stage with a much anticipated follow up to hit Edinburgh shows ‘When Harrassy Met Sally’ and ‘Whitey McWhiteface.’

Fin took a year off from doing a new show in 2019, which was undoubtedly the most stupid decision he’s ever made. He has a surfeit of material that has never seen the light of day, and a bunch more stuff about life in a pandemic that he has been unable to try in front of a live audience.

“A gutsy, ingenious and fearless truth-teller with the jokes to back up his attitude” ★★★★ Times

Fin Taylor has made a name for himself as one of the most talked about comedians working in the UK. A favourite of Edinburgh Festival audiences, his regular 5-star sell out shows have propelled him on to appearances on BBC2’s Live At The Apollo, The Mash Report, and 8 out of 10 Cats (E4), as well as Comedy Central’s Roast Battle and Live From The Comedy Store. In Australia he has appeared on The Project as well as The Allstars Melbourne Gala (ABC) and at Just For Laughs in Montreal he recorded a spot on The Michael Che Gala (CBC). In the US, Fin has written for Comedy Central’s Alec Baldwin Roast.

“An invigoratingly-good comic. A live thrill to watch” ★★★★ The i

Based in London Fin is a regular performer at Comedy festivals around the world. He looks forward to leaving his house and getting on the road to a town near you!

“A talent with serious conviction and jokes to spare” ★★★★ Independent

“Like the best stand-up: exceptionally thought-provoking and properly hilarious” ★★★★ Skinny