Home Culture Fridays for Future: how the young climate movement has grown since Greta... 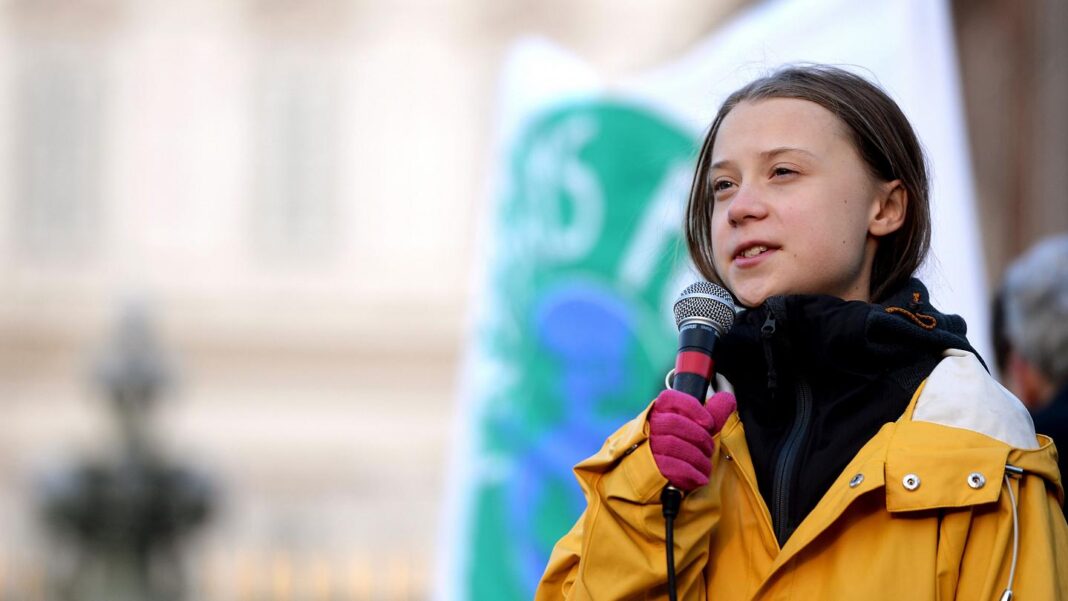 “This is all wrong,” she said. “I shouldn’t be up here … yet you all come to us young people for hope. How dare you!”

Everything from posters to children’s picture books have captured the inspiring example of Thunberg’s bravery and determination. But adults, even supportive ones, still shirk the opportunity to really pay attention to the remarkable movement she is a part of – its history, its present and its visions for the future.

In doing so, they miss the significance of the last two years. The climate strike movement has grown into a network of global campaigns focused on systemic change to tackle the climate crisis. In the process, young people have outgrown the mainstream environmental movement. They don’t want recognition in the world of today. They want a new world, and they are building it.

Why is Thunberg frustrated? For one thing, adult leaders have applauded young activists before. In 2014, the then 25-year-old Marshallese poet and climate campaigner Kathy Jetñil-Kijiner addressed the opening of the UN Climate Summit, and delegates were in tears. In 2018, she published a poem with another young indigenous activist, Aka Niviana, which captured their disillusionment with the failing international leadership on climate change.

We demand that the world see beyond

Their oil-slicked dreams, beyond the belief

That tomorrow will never happen

The celebration of Thunberg’s speech by adults in power overlooks the oratory of Jetñil-Kijiner and others who came before. It’s an open wound for young climate activists who hear adults applaud them for having a voice, but continue to act as if the catastrophe scientists warn is already here will never come.

Certainly since 2018, the youth climate movement has outgrown the search for applause. The environmentalist Bill McKibben famously said that environmentalists won the argument on climate change long ago, but need to win the fight.

The youth climate movement that continues to build on Thunberg’s strike doesn’t aim to give adults hope that the world can be saved. They say the world that adults knew is gone. In its place, young people are determined to build a better one.

A movement of movements

This movement is run by young people, learning from young people, and for young people. Thunberg explained that her climate strikes were inspired by student walkouts for gun control in Parkland, Florida.

Those school strikes, in turn, learned from young people who had gone before, not least the activism of young people of colour in the US civil rights movement in the 1960s and 70s. This included the 1966 Seattle School Boycott and the work of the Student Nonviolent Coordinating Committee (SNCC), founded by Ella Baker in 1960.

The young climate movement’s links to the fight against systemic racism aren’t just tactical. Mainstream environmental movements led by adults tend to focus on changing policies so that the world as it currently exists can be made sustainable.

A good example is the slogan “listen to the science”, popularised by Extinction Rebellion. It imagines change as a process of pressuring politicians to improve existing economic, social and political systems.

Young climate activists today tend to perceive climate change as the symptom of a broader systemic problem, connected to the same economic and political roots that produce other forms of violence, injustice and inequality, including racism. They do not advocate making these systems sustainable. Their demand is climate justice, and a new, more just, global system.

Another young activist called Aneesa Khan said at a demonstration ahead of the 2018 UN climate summit that this new wave of climate activism is being led by the people who bear the brunt of climate change – or will in the future. These are young people, women, indigenous people, people who suffer under racist oppression or who live in places that were conquered and colonised by European empires. Essentially, those who bear historical traumas and continue to be impoverished by an unfair global economy.

From environment defenders in Latin America to the Standing Rock Sioux in the US to the anti-coal activists in the Philippines and right here in Poland, we’re here, we’re rising, we’re resisting, we’re fighting, but where are you?

In research with young climate activists, we have found that many young people are inspired by Greta Thunberg, and by other icons of the movement. But they also tend to share her sense of the problem – that “our biosphere is being sacrificed so that rich people in countries like mine can live in luxury.”

On the second anniversary of Thunberg’s first strike, young climate activists were probably not looking at 2018 as the start of their movement. They will have placed her strike in broad sweep of other movements for justice, past and present, and they will be planning for the future. Most of all, they will be sharing with other young people their visions of a new world.

Artist of the Week: Tanya Gomez