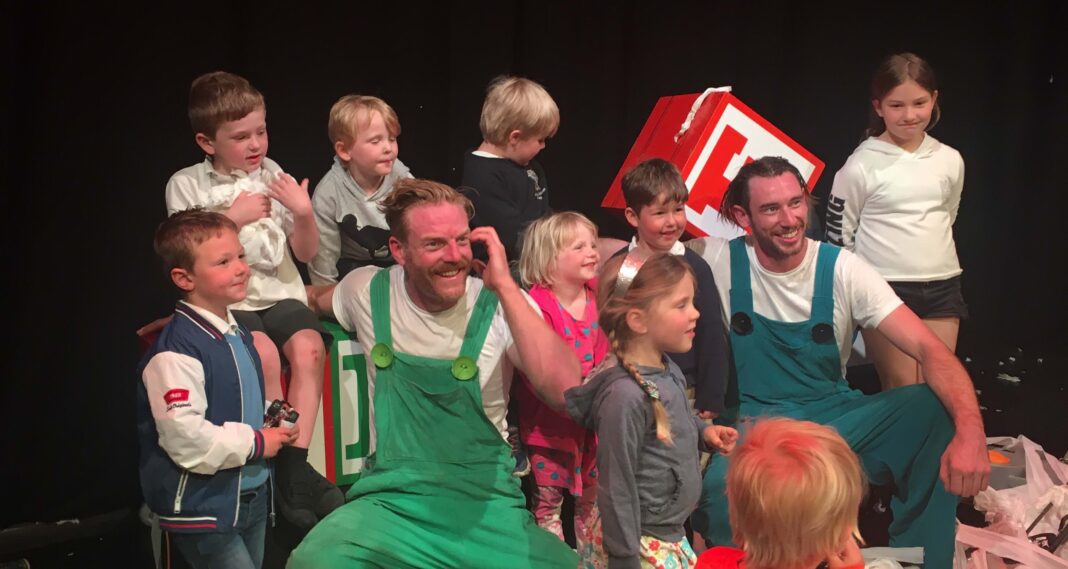 The children’s show ‘Chores’ opened yesterday at The Fringe and the mostly juvenile audience were not disappointed. They giggled and laughed throughout, and obviously enjoyed the whole experience as well as the occasional coming splashes from the stage.

The show, although played by adult performers, is about two young brothers whose room is in urgent need of a clean before they can ride their bicycles. Unfortunately though, they just keep on getting distracted. Surely that’s something every child can relate to?

Inspired by Buster Keaton and Charlie Chaplin, ‘Chores’ abounds with slapstick humour. It also includes circus stunts and audience participation which kept the children entertained and engaged for the whole duration.

After the show the kids had a chance to meet and get a photograph with the creators and performers Derek Llewellin and Julian Roberts. Two sisters, Minerva (9) and Bryndis (4), were among the audience. We decided to get their opinion:

Minerva (9): “I absolutely loved it because it was good stunts as well as a play.”

Bryndis (4): “A lot of fun. I liked all of it because they were playing little boys and that was so funny.”

Before leaving the theatre Minerva asked if she could interview one of the actors for Brighton Journal and we decided to let her have a go. This is the result:

Minerva (referring to a 9ft bicycle ridden in the show): How big was the first bicycle that you rode?

Derek: Ah well, I have had trouble with riding this big (9ft) bicycle. My colleague Julian started off with a 1m high bicycle then went on to a 3m one and then to a tiny one 1 foot high.

Minerva: When you were younger did your mum tell you to clean your room?

Derek: YES! Absolutely. In fact she still does!

Minerva: How did you come up with the idea of the play?

Derek: Well it’s a universal problem. Mothers keep telling us to clean our rooms, and it seems to be the general idea that cleaning our room is some kind of key indicator for future financial success and general wellbeing. Well I’m not so sure!

Minerva: When you kept dropping things in the play, did you do it on purpose or by accident?

Derek: “What do you think?”

Derek: You’re absolutely right. Thank you so much for coming, I actually have to clean my room right now – for real this time! 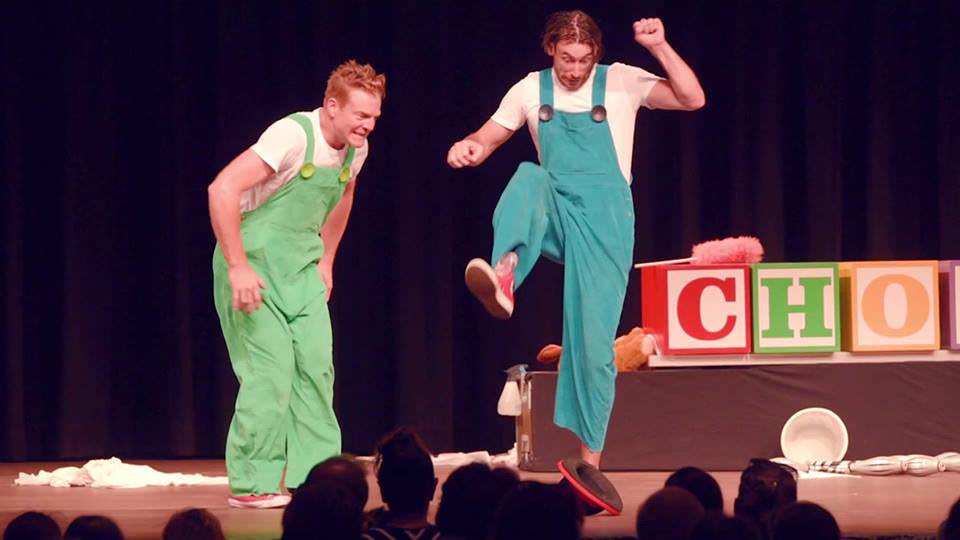