This weekend may have been a celebration of love, where both residents and visitors alike came together to take part in the UK’s largest LGBTQ event, and as usual it was a glitter and rainbow filled extravaganza.

However, despite the love being shown to one another, the beach didn’t receive the same consideration: images taken Sunday morning, and posted on both Twitter and Facebook showed our usually beautiful pebbled beach completely covered in litter, with those bins that had been used overflowing.

The state of the seafront comes despite there being round-the-clock cleaning teams deployed around the city over the course of the weekend, according to Brighton and Hove City Council, which were paid for by Pride organisers.

The council also arranged for additional litter bins to be placed around the city, however these weren’t emptied until Monday morning, meaning that they steadily filled over the course of the weekend, and ended up overflowing onto the beach.

Many disgruntled residents took to social media to express their anger at the state in which the city had been left, but many were quick to point out that by Monday morning the cleaning teams had mostly returned the city to it’s previous state, as well as argue that the revenue that Pride brings to the city more than covers the cost of a clean up.

A quick trip down to Brighton beach at midday on Monday showed that the cleanliness was without a doubt back to the same state it had been prior to Pride weekend. 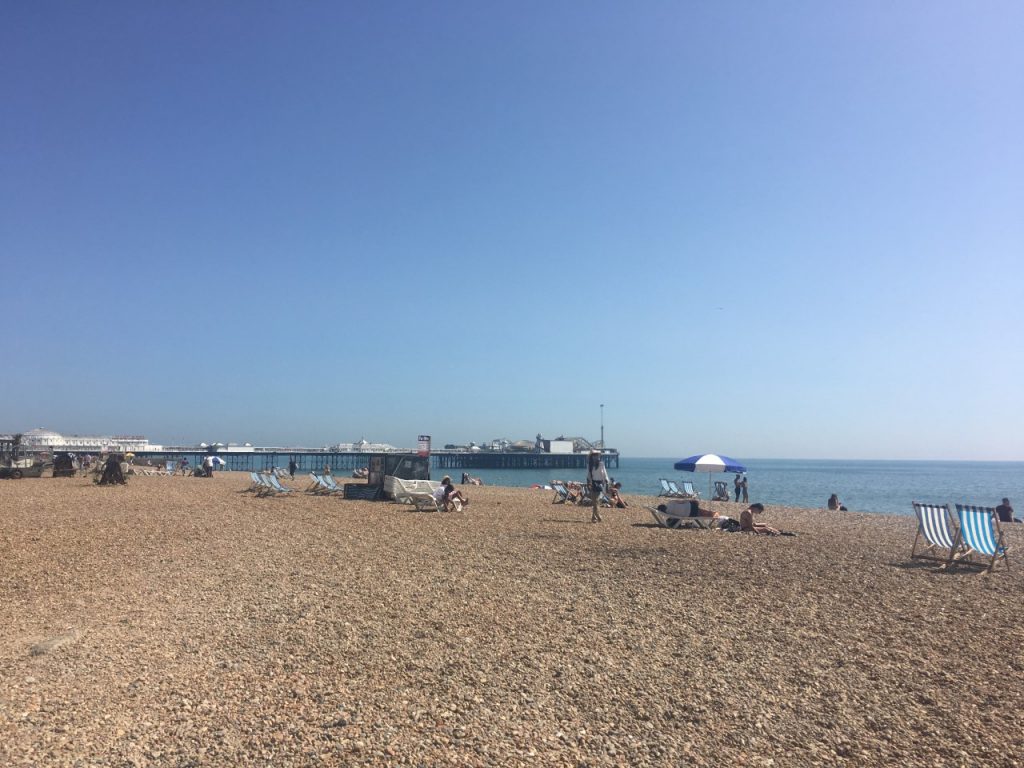 Councillor Gill Mitchell, Chair of the Environment, Transport and Sustainability Committee, has commented on the mess left over Pride weekend, as well as the work done to ensure as speedy a clean up as possible:

“We welcomed hundreds of thousands of people to the city over the weekend for what was the biggest ever Pride. That’s in addition to the thousands of visitors who came to the city to enjoy a day by the sea and all that Brighton & Hove has to offer.

“Our street cleaners do a tremendous job to keep the city clean during the busiest weekend of the year.

“At all times of the year, we encourage everyone to support them by disposing of their litter responsibly, either by putting it in one of the litter or recycling bins around the city; or by taking any rubbish home with them.”