Grab A Blanket, Get Some Popcorn And Head To The Beach For Your Favourite Movies!

From the 28th of July until the 28th of August, Brighton’s beach will once more turn into a huge outdoor cinema ground. Featuring no less than 90 films of various genres, this year’s edition of Brighton’s Big Screen promises an incredible line-up of blockbusters.

Among the most anticipated movies that will be shown on the huge HD screen situated right next to the Pier, there are musical comedy La La Land, the latest adaptation of Disney classic Beauty and the Beast, the last addition to the X-Men series Logan, and Rogue One: A Star Wars Story.

The 32-day marathon will kick off with a screening of box-office hit Fantastic Beasts and Where to Find Them, immediately followed by Kong: Skull Island starring Tom Hiddleston, Samuel L. Jackson and Brie Larson. The day after will see a proper launch with a full day of music performances on the beach, headlined by BBC 6 DJ Gilles Peterson. He will be joined by music producer MC Earl Zinger and several other bands including Fatboy Slim’s former band Freak Power who have reformed for this summer. 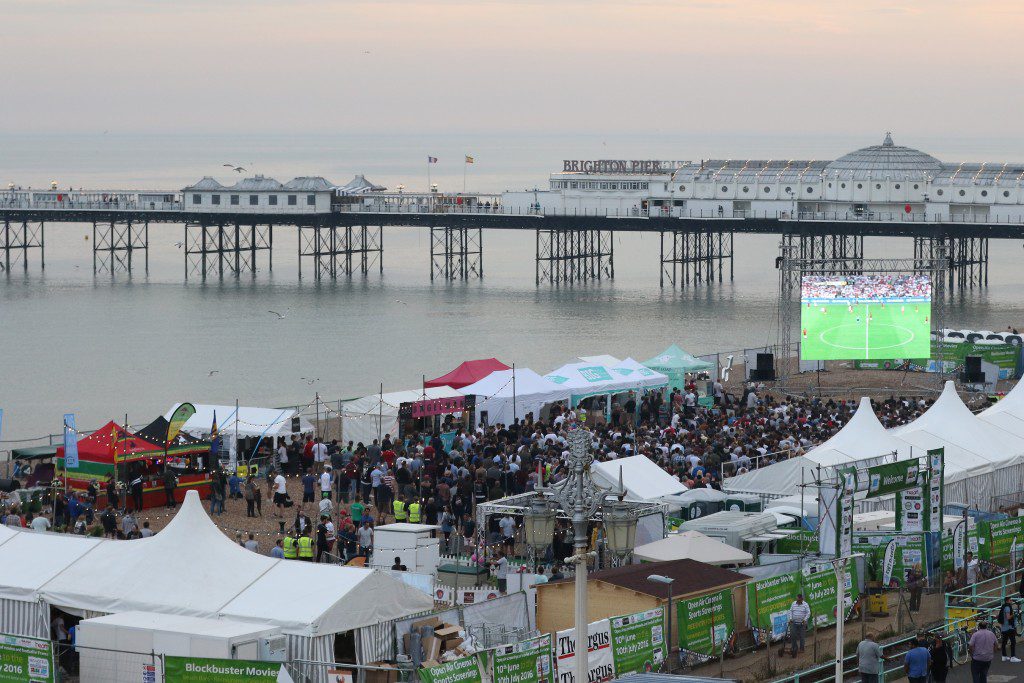 Before the film marathon really begins on Monday, showcasing three movies per day, Big Beach Screen Events will play host to one of the semi-finals of the British Street Food awards on Sunday, July 30, with 15 of the best street food traders from London and the South East. On the occasion, they will present a series of four food-themed films including Ratatouille and Cloudy with a Chance of Meatballs.

The sixth Big Screen movie month will end on bank holiday Monday, August 28, with eerie fantasy comedy The Addams Family and another screening of Fantastic Beasts and Where to Find Them. But before that, movie fans can look forward to watching iconic 70s classic Quadrophenia, followed by a live interview with stars of the film such as leading man Phil Daniels. A live performance of The Who tribute band “Who’s Next” and a mod-tunes inspired DJ set by Drew Stanstall, ex-member of The Specials, will round up this throwback into the 60s era.

For tickets and the full list of movies playing on this year’s Big Screen on the beach, see here.

10 Things You (Probably) Didn’t Know About The Brighton Dome