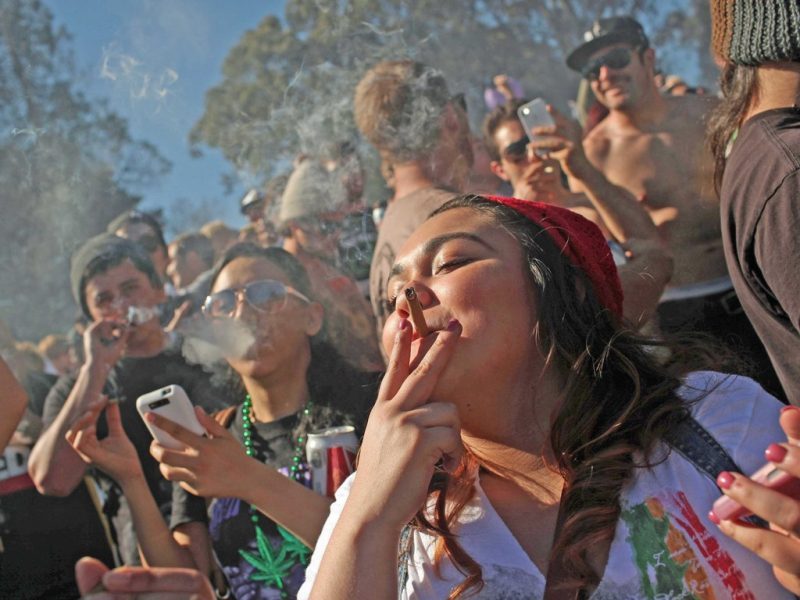 Brighton will be hosting another year of its annual Green Pride protestival. The event is perpetually gaining more popularity as it reaches its fifth year.

The event, hosted by Brighton Cannabis Club and sponsored by Green Pride, has seen an astronomical rise in attendance, from 100 in 2014 to 3000 in 2017.

The organisers promise that it will be the biggest and best yet, with more stalls and some lovely sun to bask in while listening to a variety of music!

The event welcomes all interested in cannabis, regardless of their levels of use or their reasons for it. They take a strong stance on cannabis rights, stating that cannabis users are victims “of the unjust prohibition of cannabis and NONE of you are criminals!”

They argue for a series of cannabis-friendly “social clubs that would allow for members to consume privately.”

The public consensus does seem to be shifting on the use of cannabis. In fact, a recent YouGov poll discovered that the majority of UK citizens want to ease cannabis policy. 43% supported loosening it, while 41% opposed it.

However, concerns still loom over the usage of cannabis. It is linked to issues such as schizophrenia and forms of cancer, although many suggest that it is less harmful than legal drugs like alcohol and cigarettes. It would also need strict regulation if legalised.

The event will allow for an open debate around cannabis usage and legalisation and serve as a strong educational tool for those unversed.

Entry to the festival is free, and it will take place this Saturday between 13:00 and 19:00 at Preston Park.

To keep up to date with the event, click here!