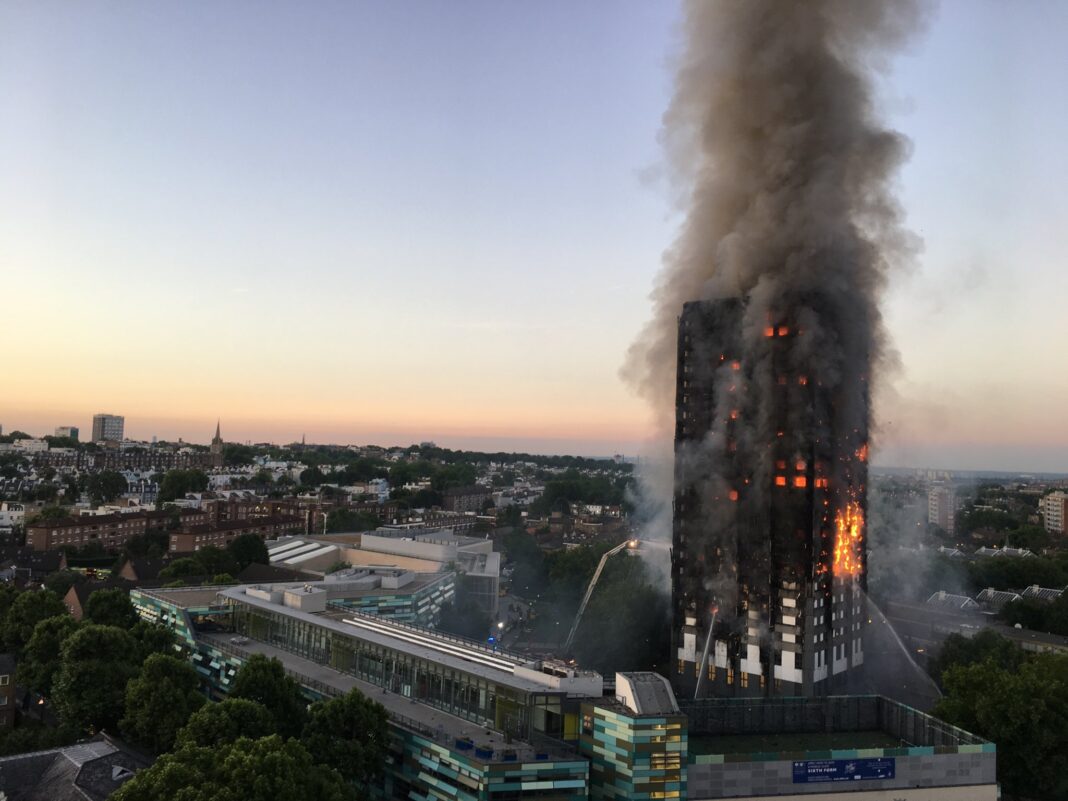 Numbers relating to the Grenfell Tower disaster of 2017 are always staggering. The 250 firefighters that attended the fire, the 60 hours the tower burned for, and most of all the 72 people who lost their lives. And now as phase two of the inquiry progresses, more numbers have emerged. This week we learned of reported £800,000 cost-cutting during the tower’s refurbishment, which swapped zinc cladding for the aluminium composite panels that were responsible for the fire’s rapid spread.

While the inquiry is doing essential work in uncovering the wider context of the disaster, the aftermath of the Grenfell Tower fire has also made clear the role of specialist journalism in holding councils, governments and companies to account when such tragedies happen.

After the tower caught fire on June 14 2017, the world’s media descended on Grenfell – but mainly to concentrate on reactive pieces and human interest stories. Specialist journals, however, used their knowledge to prove that the problems that caused the Grenfell Tower fire were not confined to that one block – which the initial political narrative suggested.

In the latest episode of the City University podcast series I have been working on with colleague Lindsey Blumell, Reporting Injustice, we spoke to Sophie Barnes, a journalist who was part of the team working for the journal Inside Housing. She told us that the journal had tried to get the national media interested in the problem of fire safety in social housing long before Grenfell.

First, there was the Lakanal House fire in south London in 2009, where six people died after flames spread rapidly through the tower block because of exterior cladding. Inside Housing had also broken the story that, following a fire in Shepherd’s Bush in 2016, the London Fire Brigade had written to all London councils warning them about dangers to buildings from outside material. But these stories were not followed up by the national media.

“[After Grenfell] we decided quite early on that we were experts in this area compared to other journalists. And so we had to really make the most of that by focusing on the policy failures, because there was a narrative at the top straight after the fire that this was a horrific one-off.”

Barnes sent a freedom of information (FOI) request to all councils in the country asking about their fire risk assessments. She received 436 fire risk assessments in return, and reported the scale of fire safety issues: 268 tower blocks had problems with fire doors, 71 had no emergency lighting, 54 had no ventilation in escape routes.

Keeping up the pressure

But political reaction and solutions to the problems highlighted by Grenfell were slow. To mark the one-year anniversary of Grenfell, Barnes carried out a further FOI investigation: this time analysing more than 1,500 tower blocks or around 40% of social housing in total across the UK. There were still widespread problems with doors, emergency lighting and signage.

There has been progress since then – helped by pressure from social media as well as specialist journalists. What had caused the fire to spread so rapidly at Grenfell was aluminium composite material (ACM) cladding. It has since emerged that another cladding called high pressure laminate (HPL) was also a fire risk. This has been used in buildings with private tenants as well social housing tenants.

“We’ve got potentially thousands and thousands of buildings with obviously many more residents living in them that are unsafe,” says Susan Bright, professor of land law at Oxford University. “It’s probably much more realistic to still think of well over half a million people were affected by this.”

Because of the complexity of UK property law, sorting out who would pay to remedy this has been difficult. Groups such as UK Cladding Action and the Manchester Cladiator Group have managed to connect with others in the same situation, and raise the issue using Facebook and Twitter.

“The role of social media has been so fundamentally important here because it’s enabled those isolated buildings to come together and have a collective voice, which has been much more powerful,” says Bright.

Pressure from such campaigners saw the government announce a fund for ACM cladding buildings just before the second anniversary of Grenfell, and more recently a fund for non-ACM buildings. Inside Housing went on to win awards for its coverage of Grenfell, but most importantly helped change the belief that this was a tragic but isolated incident. For those who covered the story, however there is still more to do.

“It’s incredibly depressing,” says Barnes, who now works as an investigative reporter at the Daily Telegraph. “I really thought that within a year after Grenfell the cladding would have come off these buildings, because I thought if this isn’t a wake-up call and what is really, you know, 72 lives lost, what, what more do we need?