Home Culture How “BookTok’ is taking over the world of reading 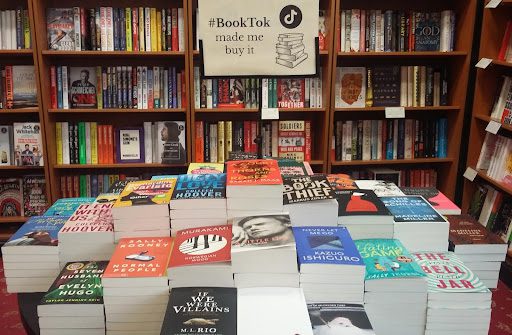 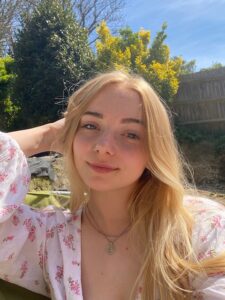 Viral social media platform TikTok has started to take over the reading world, its popular corner of the internet called ‘BookTok’ is becoming so popular that our leading book distributors and shops such as Waterstones, WHSmith etc are targeting this audience too. Romance has been one of the most popular genres in the ‘BookTok’ scene, with a broad spectrum from YA love stories to LGBTQ+ historical fiction retellings. Paige Bee (pictured) reports.

This social media trend is getting teenagers and young adults back into the hobby of reading and boosting book sales significantly. Readers bought over 825 million print books in the US in 2021, more than in any other year since records began in 2004, whilst also reviving sales of older books and classics.

in sales, which ones are worth the read and which of them may even become modern classics.

It Ends With Us – Colleen Hoover

Colleen Hoover has become one of the most popular authors on ‘BookTok’, with many of her books being highly rated. So popular in fact that this book shot to the top of The New York Times bestseller list, 4 years after she published it!

It Ends With Us – A heartfelt, emotional story of a girl whose new romance starts to unravel as it’s challenged by old feelings and past trauma arises.

The Song of Achilles – Madeline Miller

Winning the Women’s Prize for Fiction (formerly known as the Orange Prize for Fiction) in 2012 and now being on the bestsellers list a decade later is this imaginative, beautifully written historical retelling that some consider a modern classic.

The Song of Achilles – A devastating love story set during the Greek Heroic Age; an adaptation of Homer’s Iliad as told from the perspective of Patroclus.

Nominated for a Goodreads Choice Award for best historical fiction in 2017, a finalist for Book of the Month’s Book of the Year award in 2017 and still rising in popularity.

The Seven Husbands of Evelyn Hugo – A 50’s Hollywood star reflects on her life, scandals and seven marriages in her old age for a tell all book. To be released only once she’s said everything she has to say.

Named by Amazon as the best romance book of the year. Even though it was only recently published in September 2021, it has quickly become a fan-favourite largely down to ‘BookTok’ success.

The Love Hypothesis – A bubbly PhD student finds herself embarking on a fake relationship with a grumpy, brooding professor.

A Court of Thorns and Roses series – Sarah J. Maas

One of the platforms most popular and highly rated fantasy series. Winning multiple Goodreads Choice Awards and many nominations.

A Court of Thorns and Roses series – When nineteen-year-old huntress Feyre kills a wolf in the woods, a terrifying creature arrives to demand retribution and she is taken to a treacherous magical land she knows about only from legends.

This book won the Kirkus Prize, was a National Book Award Finalist, a Man Booker Prize Finalist and became a critically acclaimed bestseller. The Guardian deemed it a modern-day classic.

A Little Life – A Little Life depicts the everyday experience of living with trauma, chronic pain, and disability, demonstrating the inherent intersections with one another. 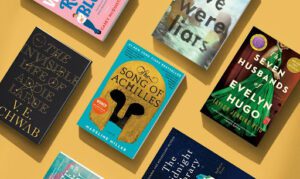 These are just a few of the books rising to fame on ‘BookTok’ right now, with many more to choose from. What this TikTok sub-community is doing for young people’s enthusiasm for reading, for authors and literature all across the world is fantastic and one of the many positive things to come from social media.