Home Lifestyle Health How realistic is the Prime Minister’s 6-week timeframe for lockdown No.3 and... 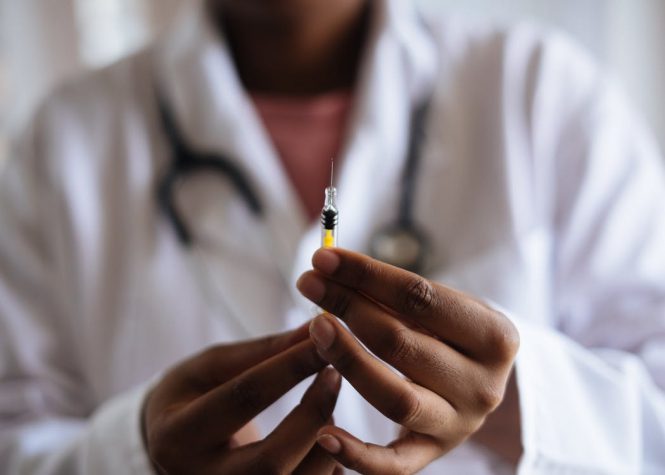 After three national lockdowns and numerous attempts at a tiered restriction system, it is fair to say we are no strangers to Boris Johnson’s unrealistic promises. With three vaccines now approved, and commencement of inoculation underway, the Prime Minister has suggested that restrictions will be eased gradually, starting as early as mid February. But, how realistic is the six–week timeframe that the PM has teased the nation with? Written by Rose Elizabeth Dodd

Just five days in to what the nation had hoped would be a better year, the UK entered into its third – and fingers-crossed, final – national lockdown, dampening the public’s expectations of what 2021 might look like.

By now, we are quite familiar with the rules of a lockdown; only leave to shop for essentials, to work if you absolutely cannot work from home, to exercise, for medical assistance and to escape from injury or harm. Schools and colleges have been closed (with the exception of to vulnerable children and children of key workers), whilst equipment for home studying is being sent out and free school meals are being provided to those who need them. And once again, the clinically vulnerable have been advised to shield.

One difference, however, between lockdown No.3 and those of 2020 is the great scientific advancements that have been made over recent months. We now have three vaccines approved in the UK by the Medicines and Healthcare products Regulatory Agency (MHRA) – the Pfizer-BioNTech vaccine, the Oxford Astra-Zeneca vaccine and very recently, the Moderna vaccine – all providing a significant degree of immunity after two doses. Rollout of the Pfizer-BioNTech and Oxford Astra-Zeneca vaccines to the public has begun, starting with those most vulnerable to COVID-19.

On January 4 2021, Johnson said that by mid February they expect to have offered the first vaccine to all of the four priority groups: older care home residents and staff; everyone over the age of 70; frontline NHS and care staff; and those who are clinically vulnerable. The PM implied that by mid Feb, the majority – if not, all – of those who fall into these categories will have been vaccinated, and once they have, the risk of severe illness willdecrease meaning restrictions can be eased and students can return to school.

In a later speech on January 6, Johnson changed his wording from will ‘have offered’ to will ‘be offering’, stating that by February 15th “the NHS will be offering the vaccine to these four groups” – a minor yet cryptic disparity with great weight. This, of course, plants doubt as to whether administration of the first vaccine will be complete within the four priority groups by the date suggested. If not, it will not be possible to relax restrictions nor send children and students back into education, as suggested might be at this time by the Prime Minister.

So far, 1.3 million people across the UK have been inoculated with the first dose of the vaccine since 8 December 2020: a hopeful figure for the nation.

650,000 of these vaccinations have been given to over 80 year olds. The PM detailed that this means, “within two-to-three weeks, almost one in four of the most vulnerable groups will all have a significant degree of vaccination”.

Given that it has taken over a month to administer 1.3 million vaccinations, the feasibility of a further 1.9-odd (plus) million taking place in just two–to-three weeks to vaccinate the entirety of the 80+ cohort is questionable.

Understandably, this is the largest vaccination programme to have been run in the UK and the process is just beginning, so we can appreciate that the pace of vaccination will accelerate with time and practice.

Some key factors that might impend on the programme’s acceleration include risks such as a subset of the millions of vaccinees being asymptomatic but contagious carriers of the virus; precautions like sanitation and cleaning; and limitations such as vaccine availability, time, workforce and necessary training so to ensure a safe administration of the vaccine.

Currently, an average of around 300,000 vaccines are being given per week at approximately 1000 vaccination centres across the UK. This is roughly 42 a day, 7 days a week, at each site (this is a calculated averaged, not certified information). The four priority groups constitute of approximately 13 million people, meaning that it would take about 10 months to vaccinate those within the priority groups if we carry on at the current rate. If the pace doubles, it would still not be possible to meet the goal put in place by the PM that allows for the easing of restrictions from mid February onwards. In fact, after doing the math, it seems that in order to vaccinate the entire priority cohort by mid February, it would be necessary to administer over 2 million vaccines per week – seven-fold what we aredoing now.

Krishnan Guru-Murthy of Channel 4 News put forth some interesting data sourced from the ONS. If we continue to roll out the vaccine at a rate of 300,000 doses per week, it will take until October 2027 before every adult in the UK has been vaccinated with both doses; 1 million doses a week would take us to March 2023; 2 million a week and we might just make it by February 2022.

It is debatable as to whether we have the infrastructure in place for such a task and the PM and health ministers have provided little-to-no information about how exactly they intend on scaling the programme.

It was previously promised that there would be millions of doses of both the Pfizer and Oxford vaccines available by the end of 2020. Despite manufacturers advising that there are no hold ups in vaccine supply and delivery, Chief Medical Officer Chris Witty has warned of a shortage that could go on for months. This will be hugely menacing for the necessary hastening of vaccination in the UK.

As a result, efforts to ensure that the vaccine is still given to as many people as possible have meant that the time between when the two doses are given will likely be much greater than it perhaps should.

Vaccines were proven to be effective in a particular dosing schedule, for Pfizer the doses should be given four-weeks apart and for the Oxford vaccine, three. The Joint Committee on Vaccines and Immunization (JCVI) and the Chief Medical Officers have proposed changing the dose schedules considerably, suggesting that the follow-up jab be delayed to twelve–weeks later. Whilst immunologists have shared that they “don’t think” there will be any harm from this, they have pressed that the gap must not be any longer. The British Medical Journal says human studies must take place before the delay is pursued. We are left in silent acquiescence, questioning whether there will be any detriment to the level of immunity as a result of the delay.

The PM has said that staying at home, alongside the NHS’s efforts to vaccinate the most vulnerable, will “finally free us from this wretched virus”. The scientific community would disagree with such a statement.

The end of COVID-19 is not as simple as a vaccine. There is a lag of a few weeks after injection before those vaccinated are at all protected. With COVID-19 hospitalization currently up by 40% since the first peak in April, it will be months before pressure on the NHS is relieved. Health concerns endure for weeks and months after infection, as one in twenty will likely experience the mal-effect of Long Covid. And, the risk that an unpredictable mutation might render the vaccination redundant will always remain.

The timeframe provided by the PM for both the vaccination of priority groups and for ongoing restrictions is unrealistic, and his false optimism sets way for a blanket of complacency, frivolity and denial. Of course, the uncertain nature of the times make his inaccuracies forgivable and, irrefutably positivity and hope are essential for the morale of the nation. But, the science provides strong enough evidence to enable more accurate predictions about the timeframes for vaccination of the vulnerable, keyworkers and the general public, and a more realistic duration for restrictions. Part of a democratic constitution is the necessity for transparency and honesty and that is something that is not happening right now.

The efforts of the nation have been invaluable so far, but we must expect to sit tight, following restrictions far further than mid February and onwards beyond the spring. The light at the end of the tunnel might be visible, but it might be slightly dimmer than we may hope.

What you need toi know -Omicron and COVID boosters