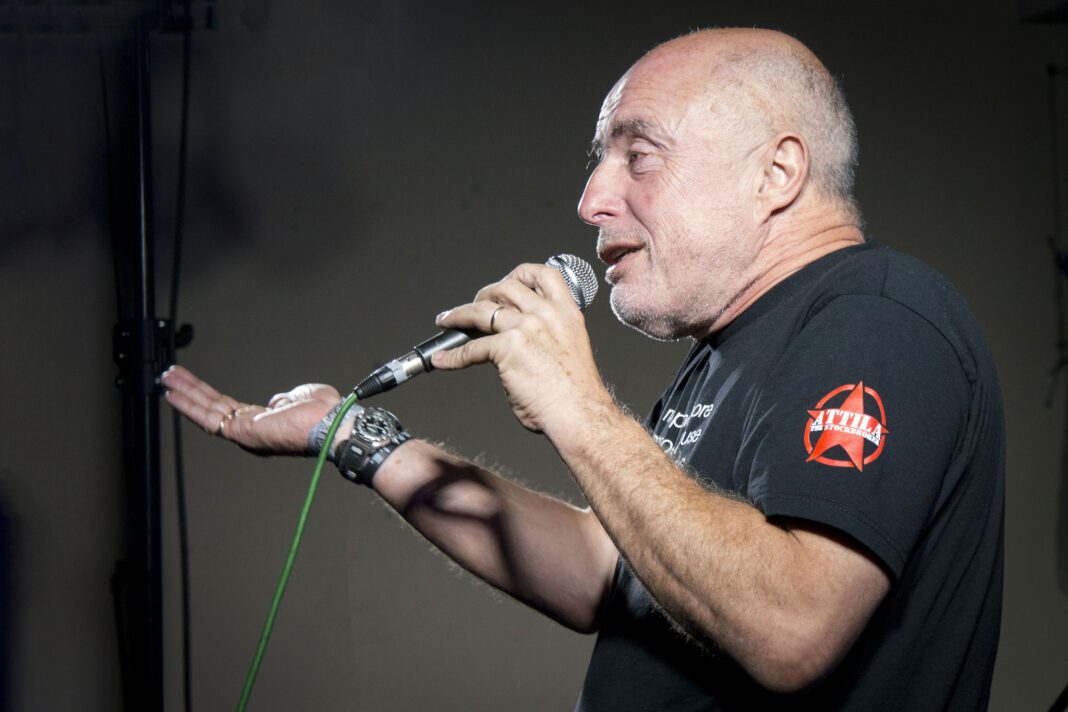 A short film has been released telling the story of Sussex’s legendary punk poet Attila The Stockbroker.

The 20 minute film features Attila talking about his 35 year career, living in Sussex, and supporting Brighton and Hove Albion.

Attila is politically active, writing a bimonthly column in The Morning Star and featuring in a tour to reelect Labour leader Jeremy Corbyn last year, but he says he always aims to entertain and doesn’t want to “lecture” his audiences.

He embodies the DIY attitude of punk, choosing to avoid traditional publishers and putting out his own books.

Attila The Stockbroker says: “This is a mini documentary to celebrate my 35 years earning my living as Attila the Stockbroker. It was directed by the very talented Farouq Suleiman and I think it sums me up pretty well.

“Recorded in some of my favourite places: at home in Southwick, West Sussex, in Shoreham Port, 800 yards from our front door, at Brighton & Hove Albion FC’s Falmer Stadium in Harlow, Essex where I started out as Attila, and live at a gig at the lovely The Greys Pub in Brighton.”

Check out the film below:

Artist of the Week: Cecil Rice

Why this Thursday’s Election Matters To You