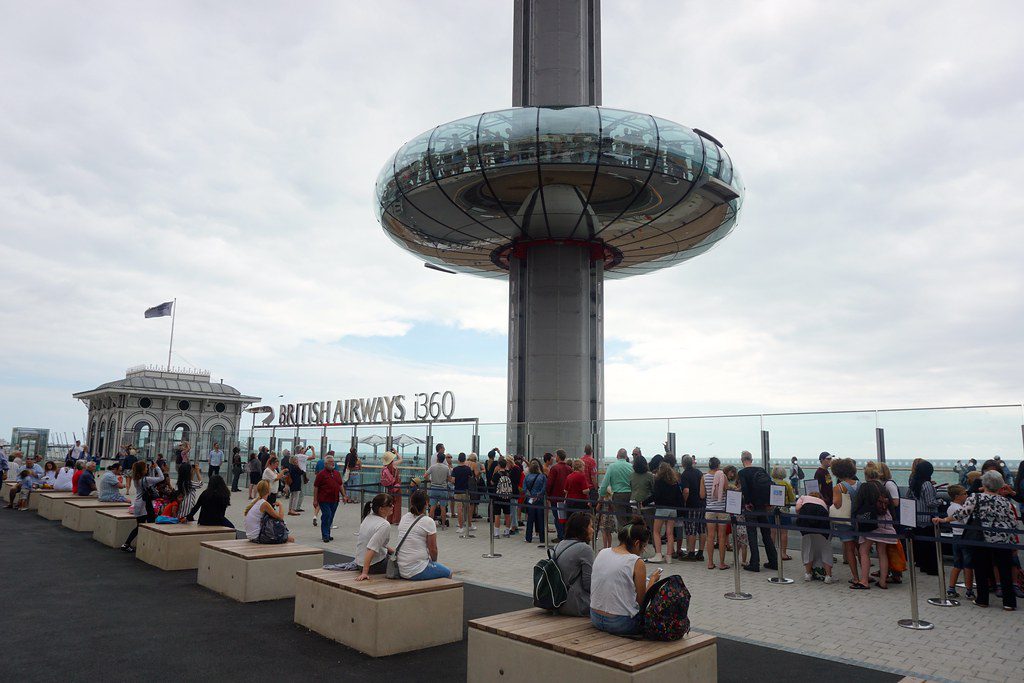 After news emerged this week that the council have had to defer a loan repayment from the i360, it sparks debate as to whether the 162 metre observation tower is in trouble.

Having missed £1.342 million of a scheduled payment this month, and a further £1.45 million last year, the Brighton based attraction is causing concerns to councillors about it’s effect on the city and it’s residents finances.

Although the company running the i360, i360 Ltd, have had to put off payments since its £150,000 repayment last year, this year has seen a 7.1% increase in visitors compared to 2018. Around 26% more people have took a flight on the i360 this July, in contrast with July last year. It has also been beneficial to tourism in the city and has positively encouraged business in the tower’s surrounding area too.

It is unsure yet what would happen to the i360 if it could not recover financially. There has been discussion as to whether it should be brought into public ownership. The tourist attraction hopes to see 360,000 visitors to head to the attraction between March 2019 and March 2020. However, with the i360 originally expecting to host 800,000 visitors in its first year, and actually seeing 500,00, it is difficult to know whether targets will be met.

The deal for the i360 will end in August 2021, and it is not known whether British Airways plan to renew it. As a landmark that was built with much controversy to the Brighton public, a very clear divide between lovers and haters, this observation tower has sparked disputes from it’s initiation. Now, time will be the only true test as to whether this seafront pinnacle will last any longer.