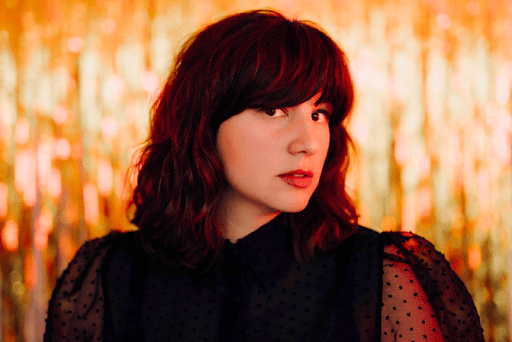 In celebration of her latest album ‘Hardcore From The Heart’ (out now) Joana Serrat will be playing a run of UK & Irish live shows this May . Coming to Brighton on the 5th of May , she will perfirm live at Komedia Studios
The Catalan singer-songwriter has previously performed on the biggest festival stages across Europe and the USa, including Black Deer Festival, Celtic Connections and The Long Road in the UK, SXSW and Americana Fest in the USA, and Benicassim and Primavera Sound at home in Spain. Having supported artists including The Jayhawks, Neko Case, Courtney Marie Andrews, The Handsome Family and Israel Nash, Joana is now bringing her painfully honest and deeply moving songwriting to UK audiences once more.
errat’s fifth album, ‘Hardcore From The Heart’ is the follow-up to 2017’s acclaimed ‘Dripping Springs’ (“…sounds like an alliance of Mazzy Star and Slowdive – now imagine that, and it gets better.” Americana UK). For the recording, Serrat travelled from her home in Vic, a small city near Barcelona, to Redwood Studio in Denton, Texas, where she teamed up with engineer and producer Ted Young (Kurt Vile, Sonic Youth, Lee Ranaldo).
‘Hardcore From The Heart’ starts with loss and ends with acceptance of the impossibility of achieving an ideal life, examining the imbalance that exists between the life lived and the ideal sought. Its title is borrowed from the book by sexologist and essayist Annie Sprinkles to reflect the nuanced, emotional and introspective journey that Serrat pursues in her lyrics and music.