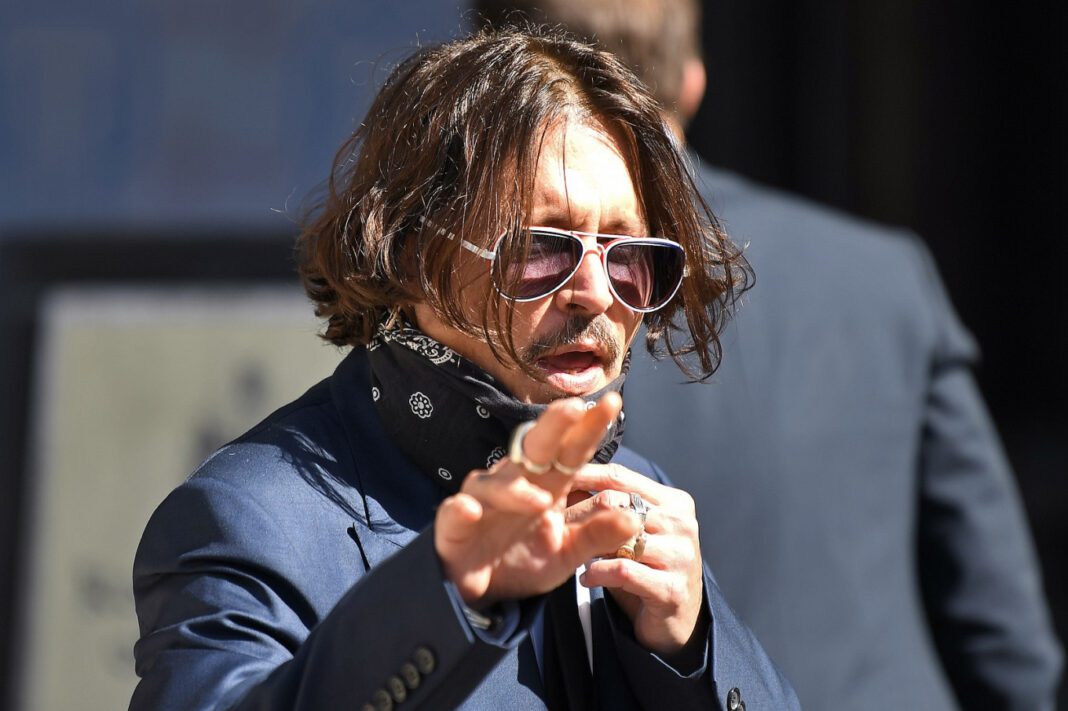 On the 7th July, Johnny Depp’s libel trial was set in motion. The 57-year-old actor was suing News Group Newspapers and The Sun’s executive editor, Dan Wootton. He’s suing The Sun after they published an article calling him a ‘wife beater’. The article referred to allegations made by Amber Heard, 34. Sehaj Dhillon reports.

Lawyers defending NGN have tried to provide photos, audio recordings and text messages that support the claim. At the start of the trial, lawyers made their opening remarks, barrister for NGN, Sasha Wass, said: “The defendants will demonstrate that the description of Mr Depp as a ‘wife beater’ is entirely accurate and truthful.”

Wass described Ms Heard as an “intelligent and independent woman who has developed her own career as an actress.” A lot of the barrister’s note was surrounded around defending Amber Heard and blaming Johnny Depp’s alcohol and substance abuse as to why he was reportedly aggressive towards his partner. Wass said that the actor had “failed to control his alcohol and substance abuse” and that he “turned his rage and frustration on Ms Heard, berating her and launching into a variety of vile, crude and unreasonable accusations.”

While the opposing lawyer defending Depp, David Sherborne said that he was at court “to clear his reputation.” He argued that Amber Heard had “Invented these stories of serious violence” and that she was the real abuser in the relationship. He said that all the court really needs to do is decide whether the claims are true or not.

If proven false, then Depp is protected by the Defamation act 2013. The act states that a publication can be held accountable if their statement is “likely to cause serious harm to the reputation of the claimant.” Which would be the case in this trial as being labelled a ‘wife beater’ is certainly detrimental to Depp’s professional and personal reputation. However, The Sun and NGN can defend themselves through the act’s defences. Defences like Truth would be the biggest one here as they try to use evidence to try and prove that Depp was indeed abusing his wife, making their statement accurate. Other defences can be that the statement is an honest opinion and that what was published was in the public interest.

The case was originally meant to start in March but was pushed back due to the Covid-19 pandemic. Now in mid-July the case carries on and is scheduled to last at least three weeks. Depp will have to defend against the claims whilst NGN will use Heard to defend their claims and are using 14 separate allegations of domestic violence spanning from 2013 to 2016.

This isn’t the first time such a thing has occurred. Whilst the current scenario is slightly unique in terms of a broken and violent relationship being brought public, the claims of false accusations or misjudgement of character aren’t exclusive to this case. Over the years tabloids The Sun have had plenty of cases similar to what is happening right now.

There’s been a ton of libel cases against publications and journalists. If you don’t research the story properly or fall victim to wanting to spin a story, then you might be taken to court by a flustered celebrity. Just like Depp, many of his counterparts have taken legal action regarding defamation. Similarly, Cameron Diaz sued NGN after The Sun published a story of her kissing someone else whilst she was dating Justin Timberlake. In that case The Sun agreed to pay undisclosed damages. The same happened to Russel Brand who was accused of cheating by The Sun. He took them to court in 2014 and also received damages.

Defamation always seems to be the most popular legal case brought on against publications. But cases of privacy are just as infamous. Big names often find themselves targets to tabloids since it’s undebatable that controversy around someone with a large following will always pique interest. However, in regard to privacy it’s often just being bombarded by cameras which is the issue. Can the press around the world be too intrusive when trying to obtain something as simple as a picture?

Earlier in 2014, South African born actress Charlize Theron described the publicization of her private life as “feeling raped.” Kristen Stewart and Kate McCann have drawn similar conclusions, it’s probably an over dramatization but it shows how it can mentally affect even those who are used to being in the spotlight.

Paparazzi’s are well known for invading the private lives of those in the spotlight. We’re all aware of what happened with Britney Spears in America at the peak of her career. Just like with libel cases, someone can take a photographer to court if they feel their reasonable expectation of privacy is being harmed. They are protected through Article 8 of the European Convention on Human Rights (ECHR), if you’re snapped whilst lounging at home. People like Prince William, Nicole Richie and Jennifer Aniston have won cases against photographers. However, paparazzi’s like George Bamby insist that there’s a lot of money to be made off these photos and that the chase is thrilling. These reporters are protected themselves with Article 10 of the ECHR which states that everyone has to freedom of expression.

So, the question should be asked why the press can be so aggressive when writing about famous people. Tabloids run plenty of stories about celebrities, but they mostly revolve around something negative or unnecessary like when a famous person is seen at the supermarket. While these stars do attract a lot of attention, they should stop being seen as just public property by the press. Defamation and privacy laws do help but they mostly come into play after the harm has been done. There could be a stricter take against the press and ways of even banning tabloids from reporting certain people or things, however that would create huge problems with Freedom of Expression.

Perhaps it’s not the media’s fault that celebrities can’t fight off this media gaze. As a famous actor or singer that has a following of millions it’s no surprise that people would want to stay up to date.  When a ton of fans are obsessed and love to consume gossip news then naturally the media will react and give them what they want. They after all just want to sell and if a picture or a controversial headline gains views then it’s in the press’ best interest to publish the story.