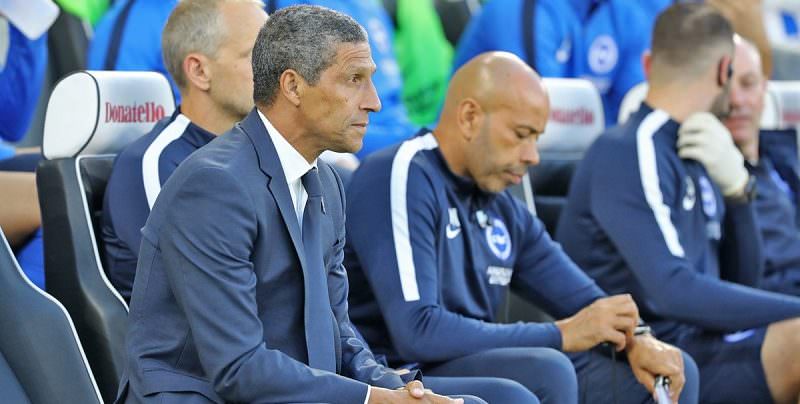 Brighton & Hove Albion last night were knocked out of the Carabao Cup at the second round stage after a 1-0 defeat to Southampton at the Amex Stadium.

Southampton substitute Charlie Austin came off the bench to score a late winner in the 88th minute, which settled a cagey cup tie between the two Premier League clubs, and give 2017 runners-up Saints their first win of the season.

Brighton made 10 changes to the team that were beaten 1-0 by Liverpool in the Premier League on Saturday.

They named three under-23 players Ben Barclay, Will Collar and Viktor Gyokeres in their starting line-up, along with former Fulham goalkeeper David Button, who was making his first-team debut, and club record signing Alireza Jahanbakhsh, who was making his full Albion debut.

Likewise, Southampton also made 10 changes to the team that lost 2-1 to Leicester on Saturday.

There was a nervy moment for the Albion defence in the opening ten minutes where Southampton almost took the lead in the eighth minute, when Mohamed Elyounoussi’s header was denied at close range by a reaction save from Brighton keeper David Button, before Maya Yoshida’s follow-up was cleared off the line.

In the final ten minutes of the game, Southampton substitute Chalrie Austin had a shot blocked on the line by Bernardo. However minutes later, the Saints broke the deadlock in the 88th minute with two substitutes combining, as Austin nodded home Nathan Redmond’s cross to put Mark Hughes’s side in front.

A closely-fought game, which saw both sides create numerous chances and the possession finished almost entirely even with Southampton just edging it with 52% to Brighton’s 48%.

According to Brighton & Hove Albion’s website, Albion manager Chris Hughton admitted it was going to take a moment of quality to break the deadlock at the Amex Stadium this evening, as Charlie Austin’s late header clinched a 1-0 victory for Southampton in the Carabao Cup.

The Seagulls came close on a number of occasions against the Saints, but Austin’s 88th-minute header made the difference, and Hughton felt his team performed well enough to take the game to a penalty shootout.

“We got into some really good areas and created chances – Viktor’s [Gyokeres] header was probably the best chance we had. They had a similar chance and scored it.

“It was always going to be that one moment that changed things, and unfortunately it came for them.

“The big disappointment is that the game was heading for a draw, and that really would have been a fair result.”

Albion gave three under-23 players their first-team debut, as Ben Barclay, Viktor Gyokeres and Will Collar all played 90 minutes – and Hughton commented on their involvement, as well as identifying Southampton’s strengths.

“It’s not as if they haven’t trained with the first team – Ben Barclay has been with us right through the pre-season period.

“It was a step up for them against a very good side, they’ve got a lot of depth in their squad and their team selection showed that, with the changes they were able to make.

“I don’t think Southampton have any injuries at all, whereas we’ve had to be mindful, with some of the problems we’ve got, looking ahead to Saturday.

“But I thought we were right in it for the large majority of the game. It really could have gone either way.”

He said, “I was reasonably happy with the performance in what was a good test for us young lads, but it was frustrating to concede right at the end.

“To concede in the last five minutes of any game is annoying, but us young lads can be proud of ourselves as we played against some good players.

After travelling up to Anfield at the weekend, the centre-back explained how the feeling of playing on Tuesday was made even sweeter and is now targeting more minutes with the first team.

“I travelled up to Anfield on Saturday and I missed out on getting on the bench there, but it was still a good experience.

“I was then back training over the weekend, and yesterday [Monday] the team got confirmed for the first time.

“I now just want to keep pushing, be in and around the squad and play as many games as I can.”

Since Albion became a Premier League club last season, the three major cup competitions they’ve entered have all resulted in them being knocked out by Premiership teams.

Albion now who will be now be hoping to get back to winning ways, return to Premier League action this Saturday in a 3pm kick off at the Amex stadium against Fulham.