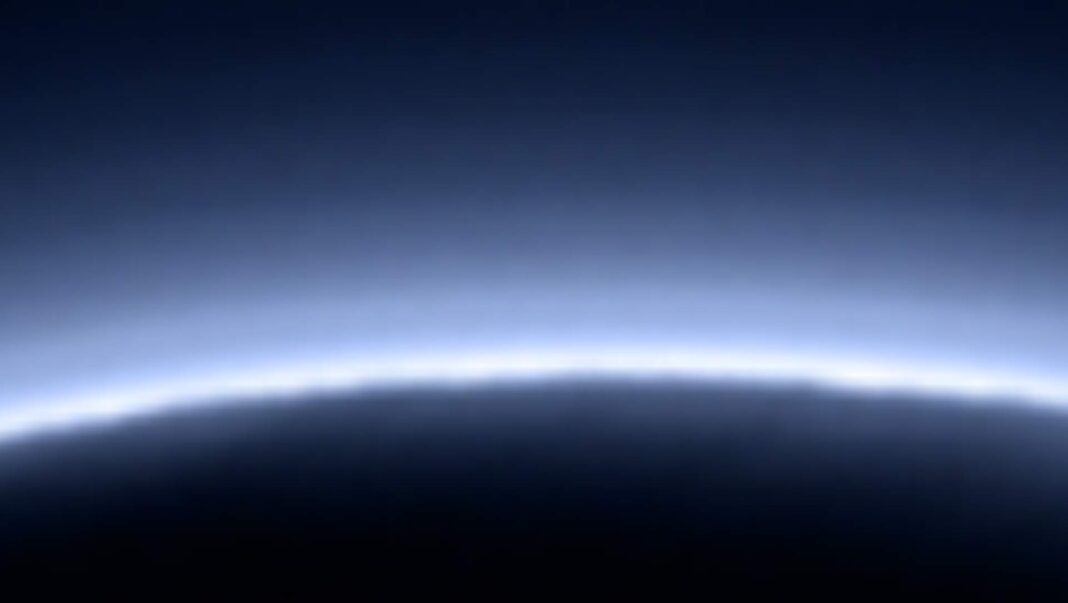 Learning Science-y Stuff So You Don’t Have To

NASA did not announce that life has been found on Pluto in a historic announcement on 09 October 2015. What the announcement actually said was that Pluto has blue skies and surface water, just like Planet Earth. A scientist for NASA responsible for the New Horizons mission said “It’s rather heartwarming and homelike to see that there’s another planet in the solar system that has the friendly blue skies we’re so used to on Earth”.

He also commented that the process which creates the blue colour is different to the one which creates our own blue sky. It’s all a bit complicated. Something to do with ultraviolet and things called Tholins. He then went on for some time about the tholins which was rather boring.

More interestingly he then noted that Pluto’s atmosphere is complex, like Earth’s. He also said that Pluto has surface water, again like our own planet. It might be a little chilly at first (something like 400 degrees Fahrenheit below zero, bright red for some reason and literally rock solid), but we are confident that it is lovely once you are in.

The new revelations about Pluto may well come as a surprise to scientists, but not to the Bjournal team. As anybody with any vestige of an education will know, cult horror author H.P Lovecraft predicted that Pluto would look exactly like this in 1931 in his famous story ‘The Whisperer in Darkness’.

If all of his predictions prove as accurate – and we anticipate that they will – the inhabitants of Yuggoth, sorry, Pluto will shortly prove to be partly fungal in origin, speak English in strange buzzing voices and be capable of inter-stellar travel.

You heard it here first. There is life on Pluto.

If you want to learn more about Pluto, ‘H.P Lovecraft: The Complete Collection (With Accompanying Facts)’ is available from www.amazon.co.uk for 99p (Kindle edition).