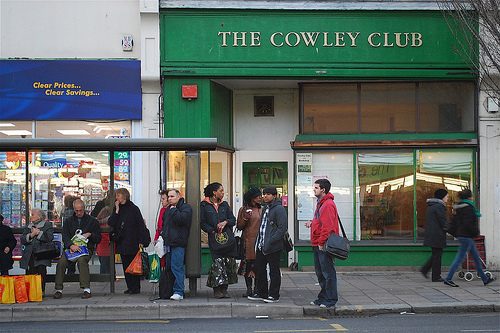 Brighton stalwart the Cowley Club desperately needs financial help to repair damaged sections of the 100 year old building it inhabits. Crumbling plaster, a leaking roof and cracked chimneys have left the volunteer-run venue on the verge of closure. Luckily, you can help. They are hoping to raise the £12,000 needed to fix all of the above through a fundraising push and at the time of writing they are half-way to their target. 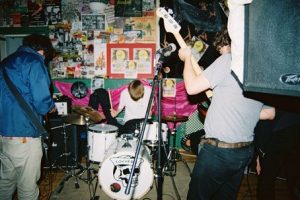 The versatile venue, for which diversity and social awareness is key, is legendary across the city. The building houses a cafe and bookshop during the day and a members bar by night, which is often used for gigs. It also has a library and is a base for a variety of other projects, all of which are interested in social change. Crucially, in this time of need, it is run entirely by volunteers – no one gets paid, and no one is making any profit. 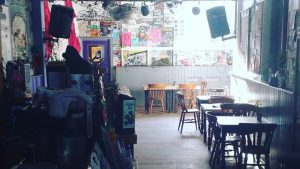 The intimate refuge was named after and inspired by Brightonian Harry Cowley, who was involved in grassroots social activism from the 1920s until his death fifty years later. He helped organise the unemployed, moved homeless families into squatted buildings after both world wars, and was a key figure in confronting fascism in 1930s Brighton. With this ethos in mind, if the crowdfund drive reaches it’s target the club members will create a permanent memorial to Anna Campbell, a former Cowley Club volunteer who was tragically killed while fighting with the Kurdish Women’s Protection Unit in 2018. A mural will be created in her memory and will be visible from London Road.

It’s unthinkable that the venue will fall by the wayside, please help this fundraising campaign using the link below.