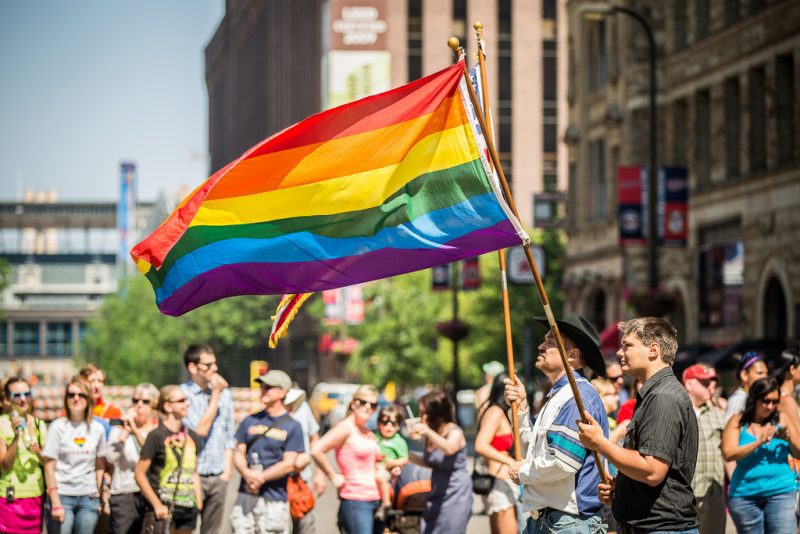 Pride celebrations bring out the very best in people. It’s heartwarming to see people of different backgrounds and identifications come together in unison to celebrate those traits which unite us all.

It is always wonderful to see major companies putting their weight behind the LGBTQ+ community, as such corporations are highly influential in determining attitudes.

One such company which has pledged its support is Lynx. The company, known for being the leading male grooming brand in the UK, are teaming up with Brighton Pride for the first time this summer.

To mark the occasion they are releasing a wonderful new product to commemorate what they hope will be a long-standing relationship.

They have released a limited-edition version of their Unity spray, which will be available exclusively in Superdrug for £3.15 RRP. It is embroidered with a rainbow, colours synonymous with Pride. As well as this new spray, they will have a float at the celebrations and a beauty bar near the main dance stage.

Lynx has expressed their want to aid men in their fight against the damages of toxic masculinity. They want their Unity spray to help males express individuality, and break free from gender stereotypes and pressures.

Lynx have a history of fighting social issues, with their ‘Is It ok For Guys?’ campaign, which fought strict social labels, and their work with male suicide prevention charity CALM indicators of this.

Lynx’s Brand Manager Jamie Brooks has expressed the company’s great pride in their new collaboration and project: “We are extremely proud to be continuing our work in supporting young people to express their individuality by partnering with Pride for 2018, which is set to be one of the biggest events of the year.”

Brooks also spoke of the inclusivity of the brand and its products:

“Lynx Unity, launched earlier this year, has been created for everyone.”