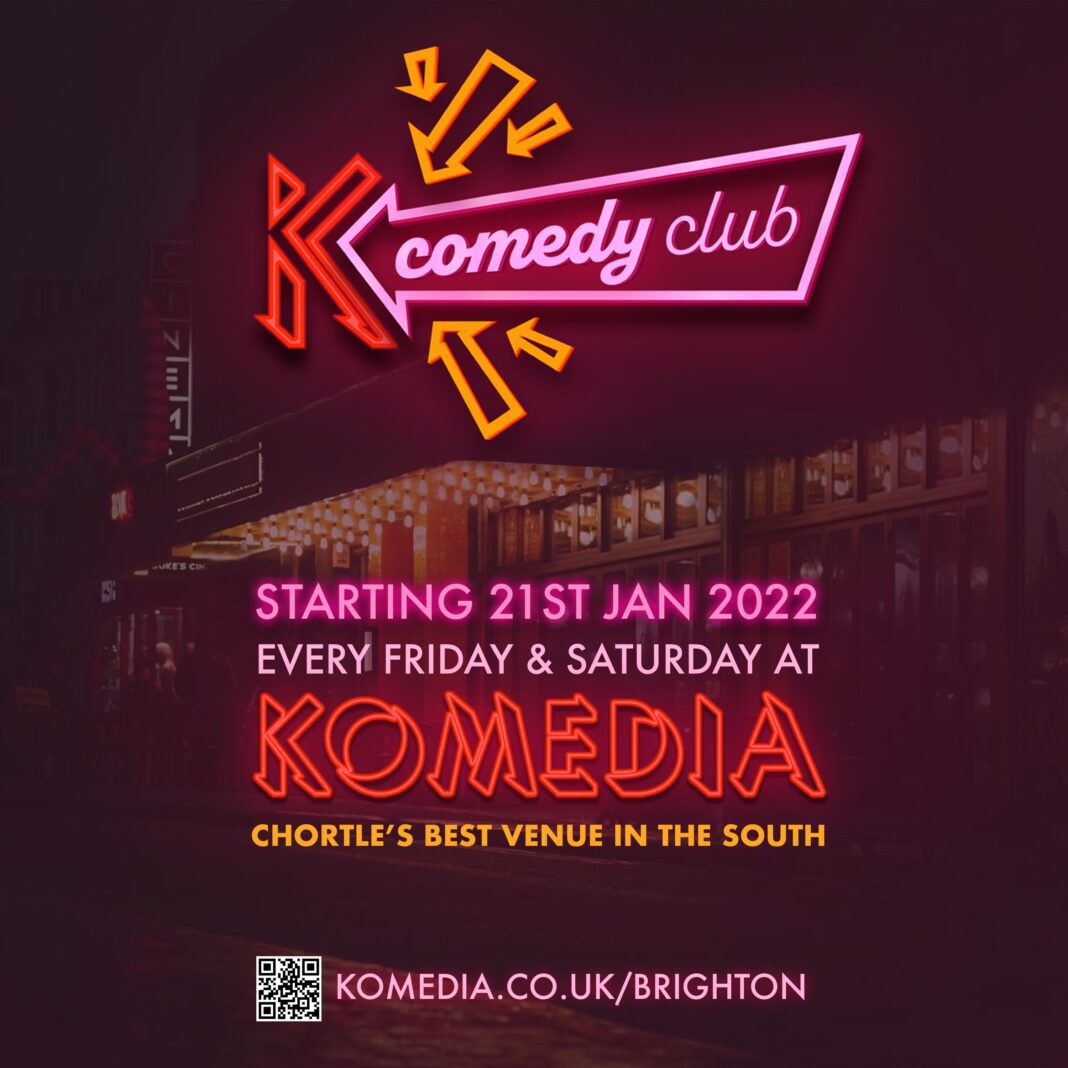 Komedia has teamed up with leading independent comedy promoters Little Wander for a fresh take on their weekend stand-up comedy offering.

The newly named ‘Komedia Comedy Club’ (previously ‘Krater Comedy Club’) will continue to provide one of the best night’s out in Brighton whilst showcasing a diverse line-up of headline comics, alongside bright new talent, all hosted by a range of seasoned MC’s.

Little Wander whose tag line is ‘We Run Comedy’ are one of the industry’s leading independent comedy promoters working with acts such as Josh Widdicombe, Ed Gamble, David O’Doherty, Josie Long, Bridget Christie, Nish Kumar and Tim Key to name just a few. They are also the Founders of Machynlleth Comedy Festival and managers of Last Laugh at Green Man Festival.

Henry Widdicombe from Little Wander said: “we’re absolutely thrilled to be working with Brighton Komedia on this new chapter for the venue. We want to acknowledge the years of hard work that has made this venue amongst the very best in the UK for weekend comedy and we feel extremely privileged to have the opportunity to build on this work. We can see a bright future ahead for Brighton’s flagship comedy venue and look forward to seeing the room filled with laughter.”

Komedia remains at the forefront of the comedy scene winning the Chortle Award for Best Comedy Venue in the South a record 17 times. Their aim continues to be to support the next generation of comics whilst nurturing local talent. In the past Komedia has seen many big names cross their stage at the very beginning of their careers such as Graham Norton, Al Murray, Mel and Sue, Omid Djalili, Catherine Tate, Stewart Lee, Ross Noble, Harry Hill, The Mighty Boosh, Johnny Vegas, Dave Gorman, Flight of the Conchords, Jimmy Carr and more.

Just in time for Komedia Comedy Club’s launch, there will be a revitalised menu, freshly prepared in their in-house kitchen, headed by new chef Will Robinson.