Manu has been dubbed a “virtuoso on the Hang“ by The Times and a “masterful and sensitive musician“ by The Telegraph – and now he’s returning to Brighton.

The celebrated Hang player, percussionist, producer and composer released his third solo album Metromonk this January, and has been touring the world with its dynamic, diverse sound ever since.

He’s worked with (and been heavily praised by) the legendary Björk, as well as performing and recording as a soloist with the London Symphony Orchestra.

We had the pleasure of catching up with him ahead of his gig this Wednesday (29 March) at The Hope and Ruin.

How did you get into music in the first place?

“I can’t even remember because my dad is a musician with his own band. Basically, I grew up being around musicians and I’ve never really had to make a decision about what I would do for a living.

“I started playing in bands when I was in school, and earning money from music when I was a teenager. It naturally lead into a profession. I’m still really happy and thankful that for a profession, I can do something I truly love.”

Which musicians are your biggest inspirations and influences?

“There are too many to mention, I like to keep it broad. I think it’s important to listen to a wide range of different sounds.

“And on and on and then jazz, a lot of Indian music… I try to keep it wide and open. My aim is that my own music is its own sort of world – with its own character.”

You’ve played shows for fans as far afield as Australia. How does it feel knowing you’ve started something global?

“It’s great! On our last tour, we played mainly around Europe, but this album has spread out further.

“I’ve just come back from this round-the-world trip which went through Australia and the states and now we are looking forward to being back in Britain.

“It’s really nice to write music in your bedroom and play it live all around the world!”

What’s on your playlist for this spring?

“At the moment I’ve discovered a few instrumental artists including this Estonian violinist Maarja Nuut, saxophonist Colin Stetson, and Sarah Neufeld, another violinist.

“That’s just what I enjoy at the moment but it’s always changing and there’s a lot of local music I love as well. Last year, one of my favourite albums was Not To Disappear from Daughter.”

How is touring and working with Pete Josef?

“We met about a year and a half ago and I really liked his voice, so we decided to just get together and it was incredibly easy.

“I sent him over an instrumental and he came up with an idea which I immediately loved. The first demo was really not far away from the final version.

“It felt very natural and easy. It’s been great so far, so I’m really looking forward to working with him for more shows in the UK and in Europe.”

How about Anoushka Shankar?

“That’s been a much longer relationship – we’ve been working together for something like five years now.

“It’s a very interesting process because she’s from quite a different background so we bounce ideas back and forth. That was very successful – we are still touring our 2015 album so it’s a cool role to have.

“My background is quite Western, whereas Anoushka grew up in California learning about Indian classical music. That’s something I didn’t know much about before and that’s a very big musical world. For us, in England, it sometimes just gets called ‘world music’ but looking into it, you realise it’s actually massive and there’s so much to learn.”

“Either the 1910s or just staying in the 2010s because I really like the kinds of music which are coming out now. So it has to be either staying where I am or 100 years ago.”

What can people coming along to the Hope and Ruin expect?

“We will mainly be playing music from the new album and that’s got a very diverse mix in itself. There’s lots of quiet and beautiful Hang moments but also a lot of loud, dynamic beats.

“We also have live visuals which are triggered by our instruments – not like watching a film, but lights which are actually connected to the music and created specifically for this album.” 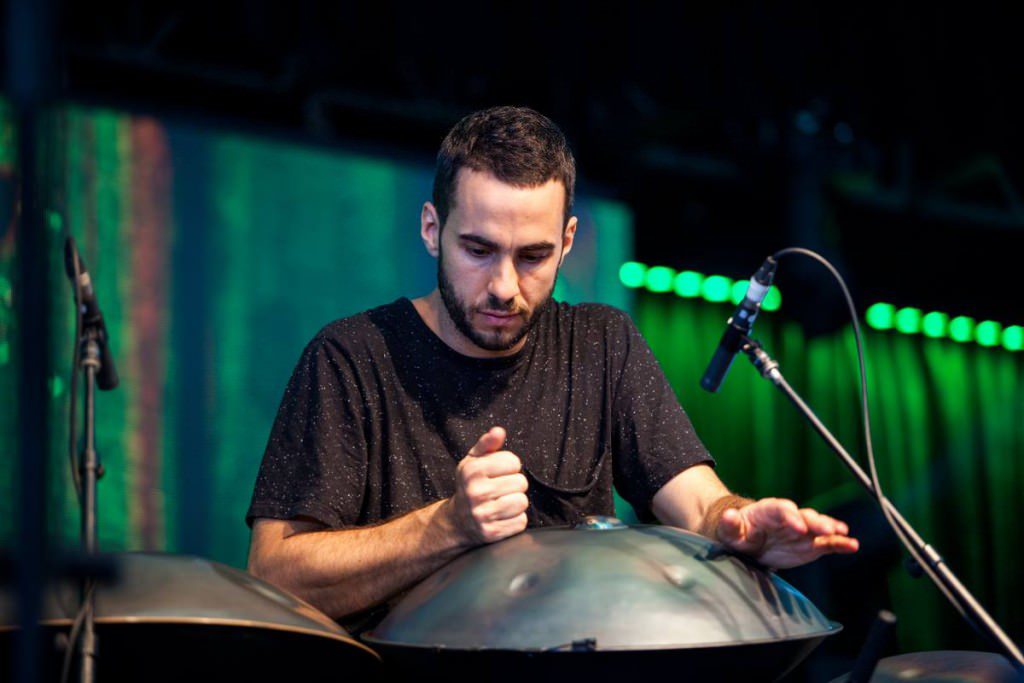 “I’ve played in Brighton before and definitely have two big connections – my record label Tru Thoughts is based here and Matt Robertson, the co-producer of my last three albums, is mainly based here too.

“So I come here quite regularly. When I came here on my last tour, I played at Patterns.

“The people here are always really nice but I have to say that for some reason it was our smallest audience last time. So hopefully it will grow!”

Have you got any exciting plans for summer?

“Me and my band are definitely doing some UK festivals, and I am also doing a few solo projects with an orchestra. There’s projects coming up in Sweden, Australia, Germany, and Romania.

“The orchestras will be playing my music and I’ll be the soloist, so that’s a very cool way of working that I enjoy.”

Manu will be playing at The Hope and Ruin this Wednesday (29 March) from 8 pm to 11 pm. For event details, click here.

Find out more about Manu