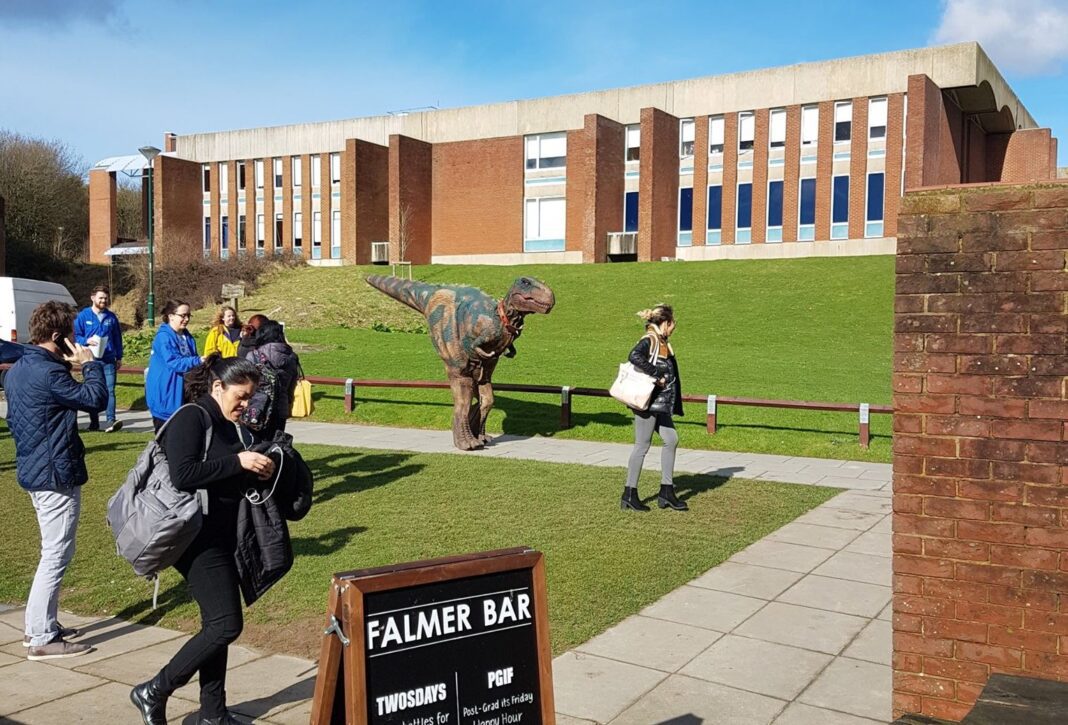 People in fancy dress, students who haven’t slept in days, and therapy dogs are all common sights at Sussex University’s Falmer campus, but it isn’t every day you see a T-rex on the prowl.

The Jurassic beast known as the ‘democrasaur’ roamed around campus today (28 February) from late morning until mid afternoon. Joined by his pal the ‘reforaptor’, the dinosaur reminded students to vote in the current student’s union elections and referenda. 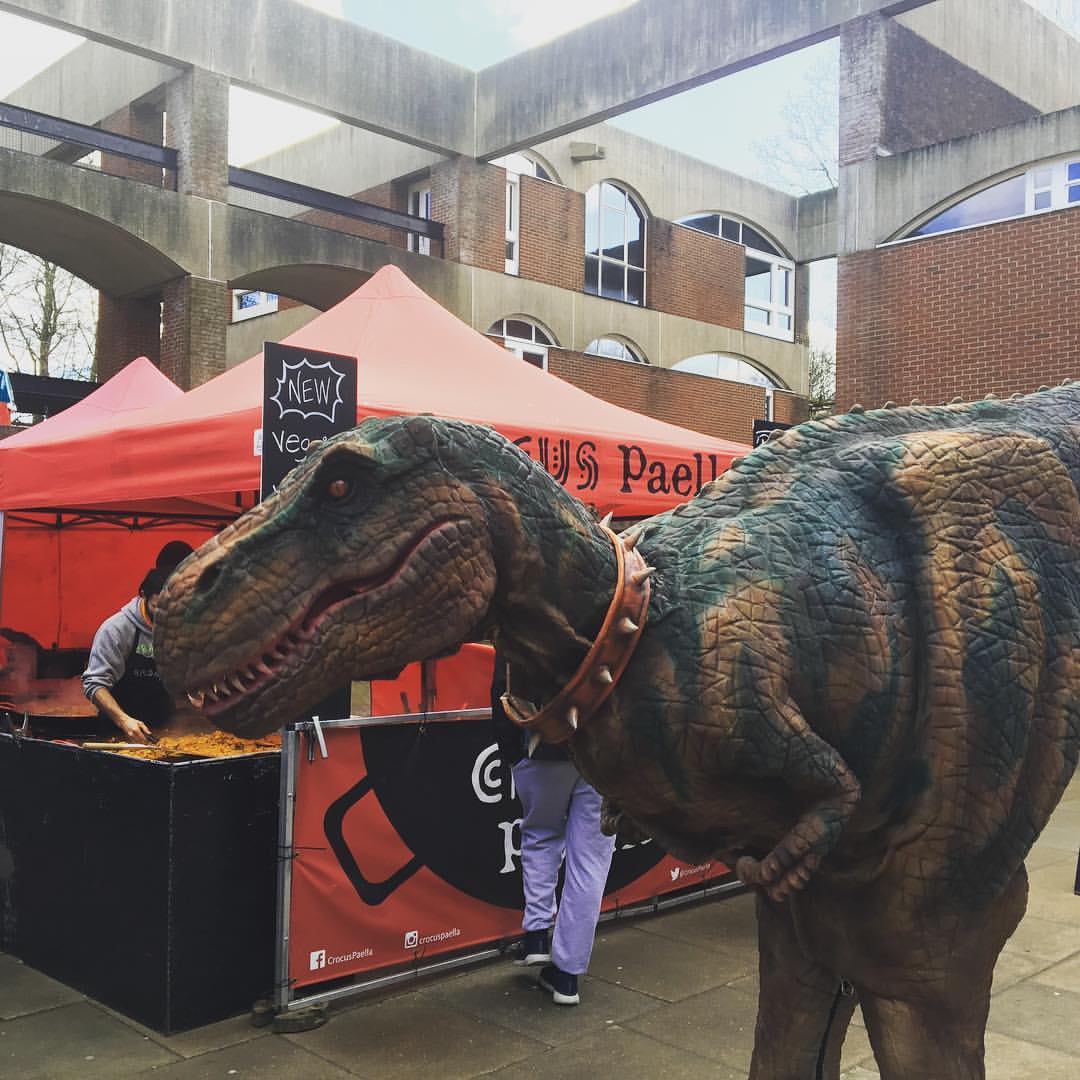 The one-day stunt was organised by the Student’s Union to encourage more of the student body to get involved in its democratic elections. It’s the first time giant reptiles have taken part in the week of poster-hanging, question asking and leafletting.

Students have until 5 pm this Friday (3 March) to choose who will represent them as elected officers in the coming academic year. Positions up for grabs include the much-coveted role of Student’s Union president, a position currently filled by Annie Pickering.

Badges and stickers featuring pictures of the dinosaurs and the slogan “Voting Is Rawr-Some” were handed out by the dinos.

In keeping with the chilly weather, the Student’s Union is also offering ‘oats for votes’ – students can have a chat about the voting process over a free bowl of hot porridge at Falmer Bar this week.