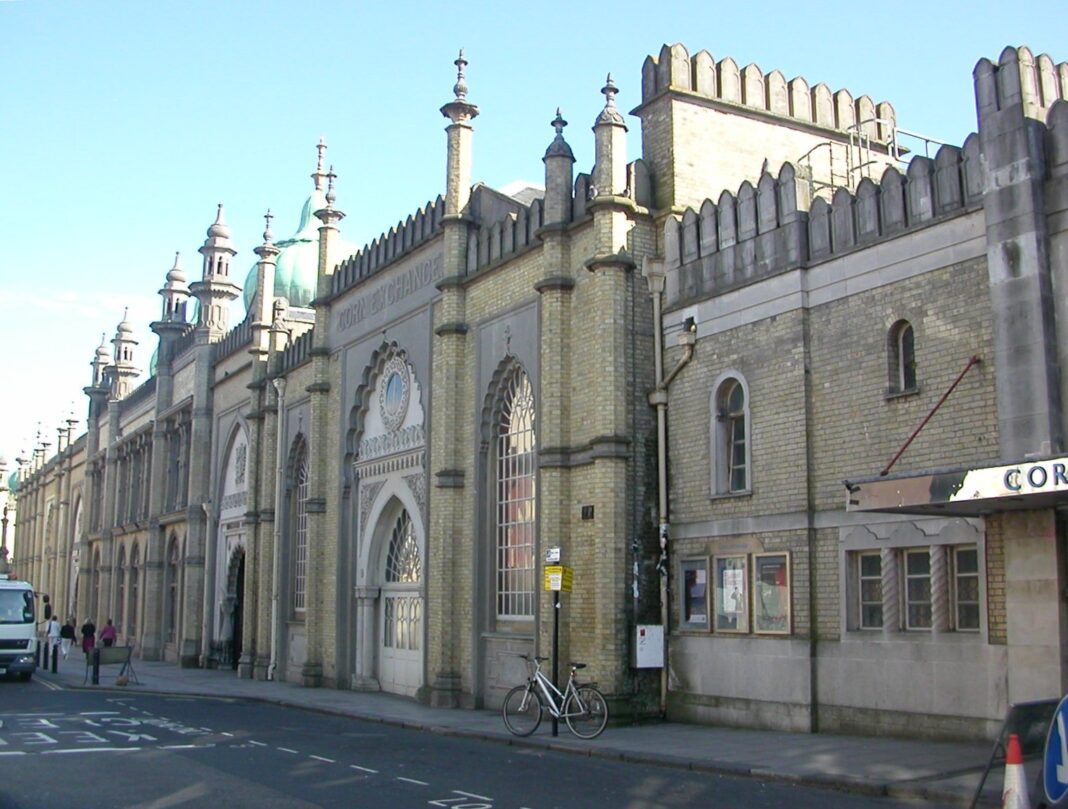 R Durtnell & Sons Ltd, the contractor that had begun working on this major refurbishment project, has ceased trading. The company has been running from 1591, and has been passed down from father to son as a private company, for thirteen generations. The firm is also claimed to be the oldest building in Britain and is believed to be the “third oldest company in the UK”  by Dun & Bradstreet.

A spokesperson from Brighton and Hove City Council has said:

“We have taken back the site and made it secure. We are committed to completing the refurbishment of these unique buildings to protect their long-term future in the cultural heart of the city.

Phase one had begun before the company ceased trading, aiming to restore the nationally important Corn Exchange. However, the project encountered unforeseen circumstances on the historic site, including Quaker burial ground which was uncovered two years ago, where human remains had to be removed by a team of archeologists.

The long-term vision was to reunite the whole estate, which was created by George IV in the 19th century.

“The project will develop, deepen and broaden the cultural tourism offer of Brighton & Hove and significantly contribute to the city’s cultural and economic wellbeing. It is anticipated that the revitalised Royal Pavilion Estate will support 1,241 FTE jobs and have an economic impact of up to £68 million.”

But, with the major contractor pulling out of the project, the future for the redevelopment of these prominent buildings seems uncertain.