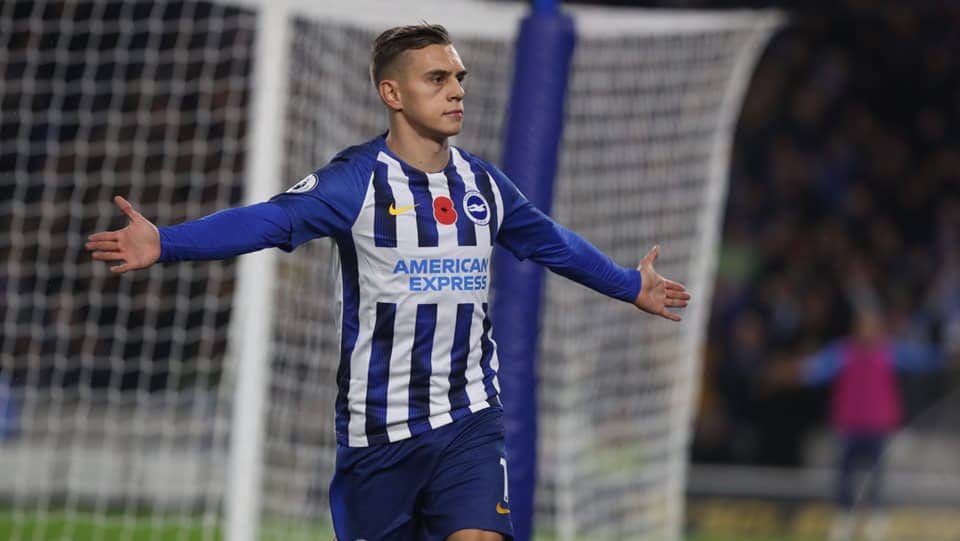 Brighton faced a struggling Norwich City this weekend as the Seagulls looked to continue their good run of form at home. Graham Potter seemed to go for a slightly different formation this week, playing a 4-4-2 instead of the usual three centre backs that we have become accustomed to. And his emphasis on playing youth still shines through as both Alzate and Connolly started once again, following some impressive performances from the pair.

The Seagulls started the game full of confidence, dominating possession and looking the most likely to score. However, the first big chance of the game fell to Norwich, as Stiepermann displayed some clever footwork to find some space on the edge of the box, before curling the ball towards the back-post, sailing over Matty Ryan in goal and striking the crossbar.

But Brighton seemed unphased and continued to press, creating some good chances later in the half. Most notably was a driving run into the box by Steven Alzate, who then tried to pass the ball into the far corner, only for Tim Krul to stick out a leg preventing a goal. Perhaps he could have taken a shot a bit earlier as his continued run only went to tighten his angle for a shot, but it was still a positive effort.

As halftime approached the Seagulls began to soar, and the chances began to pour in. Both Connolly and Neal Maupay were close to finishing a cross from Pascal Gross, with Connolly’s effort once again only being stopped by the feet of Krul as Maupay rushed in to follow it up, only to commit a foul.

Moments later a dangerous ball into the box from Connoly forced a clearing head from Alexander Tettey, which flew just over the bar. So, the first half ended goalless with Brighton looking very much on top although not ahead due to a lack of some quality finishing.

Brighton started the second half with the same dominance as the first, creating some good chances and controlling the game, but were still unable to put the ball into the back of the net. And it took the Albion substitute Leandro Trossard to break the deadlock as he latched onto an inviting cross to the front post from Martin Montoya, poking the ball past a helpless Tim Krul.

And it was Trossard again who produced a moment of magic, whipping in a delightful free kick into the Norwich box as Shane Duffy diverted the ball beyond Krul for Brighton’s second. From then on it was game over; Norwich looked defeated and Brighton took home the three points, making it three wins in a row at home as they face Manchester United next at Old Trafford.

Brighton will be full of confidence and will be looking for an upset following some outstanding results, as the Seagulls now sit 8th in the league with 15 points. But Potter has some big decisions to make with the return of Leandro Trossard and Shane Duffy. Will he continue with his current starting 11 or will we see some returning faces make a comeback?