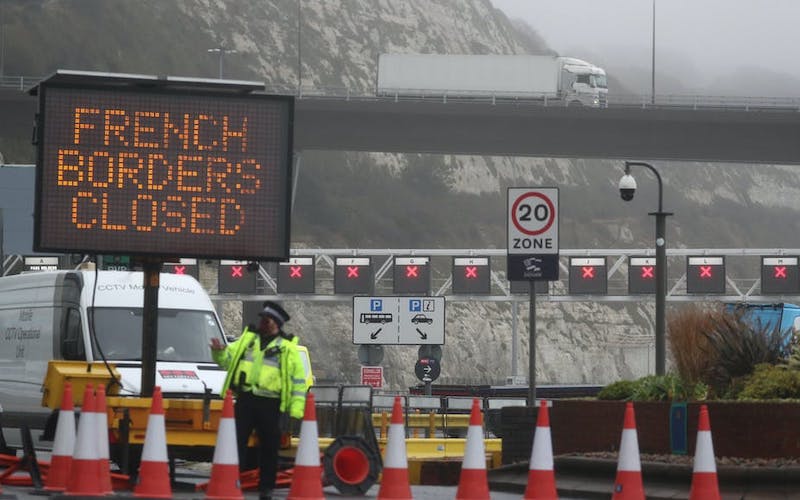 Scientists, medical experts and politicians are all desperately trying to understand the new Coronavirus variant that has destroyed the Christmas plans of millions nationwide, whilst leaving the UK isolated from the rest of the world as travel bans imposed by other nations look to prevent the virus reaching international shores.

This new strain was actually detected all the way back in September and October when expert genomic scientists discovered the presence of two different genetic codes within two separate samples of the virus, yet no action was taken due to the lack of available evidence and the belief that no threat was posed until mid-December when cases suddenly began to accelerate through the South East of the country.

The mutation of the virus is believed to have originated from a single human host who suffered from severe immune system suppression and essentially incubated the virus in a manner that allowed it to grow and develop, before then passing it onto one or possibly many other citizens. The actual source or identity of the initial infected person is unknown and extensive attempts to track that down have been unsuccessful, with it not even being known if that individual was a British citizen or from abroad- although current evidence has suggested that ties to South Africa could highlight that as the originating location.

There are also recent discoveries that there are more mutations to come, with Nigeria providing early reports that they have identified a 3rd variant known as the P681H strain, with the head of the Africa Centres for Disease Control and Prevention, John Nkengasong confirming their discovery to be of a different genetic makeup. However, it is not believed to be more infectious than the other two variants currently known, and more time will be needed to study and truly understand its construct and abilities.

While these announcements are slowly gaining pace, there is still the belief in some circles that this is simply scaremongering, with various scientists imploring people to understand that mutation is simply what viruses do and there is no need for any further concern than is currently held by the public. The current dramatization caused by the panic of public officials is believed to be premature due to the data not currently existing to support the belief that the virus is truly more transmittable, and there exists a possibility where this strain has long existed within the south without ever being genetically identified until now. Coupled with many scientists saying that the testing sytstem cannot be replied upon and is calling the current situation a psuedo casedemic and many of the covid19 positive cases healthy people who have tested positive as the cycle of the tesing is so sensitive it is picking up on everything from dead virus particles that may have been a small cold from months ago. Some scientists are even suggesting that if you were to end the testing the pandemic would simply dissapear.

Political motivations may also play a part through such direct action as London is being used to sell an idea of suppressing a surge when as evidenced in the past, despite holding transmission rates sometimes higher than tier 3 regions, London remained a tier 2 city in order to benefit the Government while putting the public and its residents at great risk.

Either way, there is not currently believed to be enough information to scientifically establish how much of a real threat it poses, therefore only time will tell if this is a justified solution or an overreaction towards a late discovery of an already prevalent, yet not more risky strain of Coronavirus.