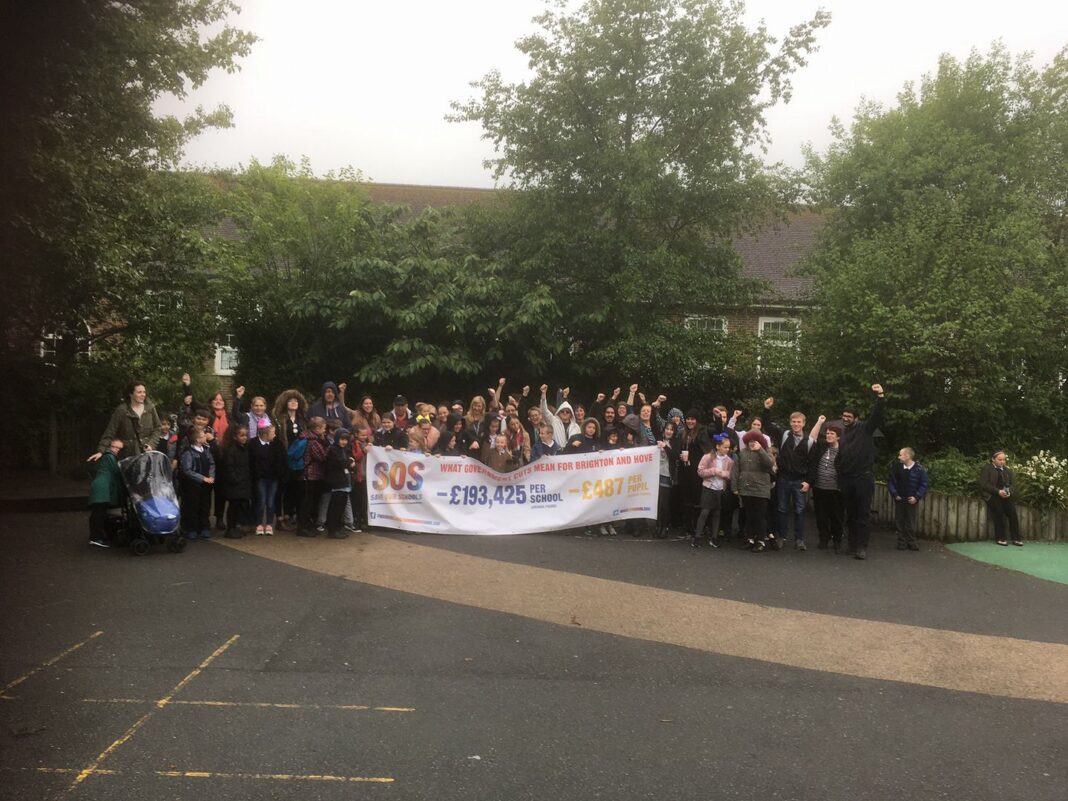 This evening (18th of June 2018) between 6 pm and 7.30 pm, there is going to be a public meeting held at Moulsecoomb Primary, in an attempt to stop the school being forced into becoming an academy. Parents, councillors, and campaigners will be joined by community members to oppose the proposed change.

Please come along to our public meeting for parents and all community members who care about the future of the school, to discuss why joining a multi-academy trust is not in the best interests of the school and the community, and to start a campaign to reverse the decision.

After Moulsecoomb Primary was deemed ‘inadequate’ by an Ofsted Report, national schools commissioner Mr Herrington, issued an “academy order”, which means that the school is expected to become an academy. When school’s are turned into academies they are run by a sponsor rather than the local authority, which has proved to have detrimental effects on pupils, teachers and the local communities that the schools are in. Councillors from all three political parties have united to oppose this change, as academies have proved to be ineffective.

Green Party councillor Baroness Jenny Jones grew up in the local area and attended the school from 1955. She has said:

“Academies have not shown they improve results and yet the Government continues its ideological agenda to force academisation on schools like Moulsecoomb. As a former pupil, I am proud to join the campaign to say Hands Off Moulsecoomb Primary.

“Working with Caroline Lucas MP, I will lobby the Government to change their misguided policy and do what is best for pupils – giving their schools the funding they need to succeed.”

“Greens have a strong track record of opposing academisation in the city. In administration, we forced a parental ballot to be held at Hove Park School, which found 71 percent of parents against.

“We are pleased to work with the Labour Group of Councillors and campaigners on ensuring that the pupils of Moulsecoomb Primary receive what is best – remaining as a locally maintained school. We urge everyone to sign the petition to show our support for Moulsecoomb Primary.”

The petition “No to the forced academisation of Moulsecoom Primary” has already reached 2000 signatures, you can sign it here.

Yesterday a motion was passed at the Brighton & Hove City Council – Children, Young People and Skills Committee, with cross-party support, to ballot parents and carers of children at Moulsecoomb Primary.