Home Culture Stuck at Home? These 10 famous museums and galleries are offering virtual... 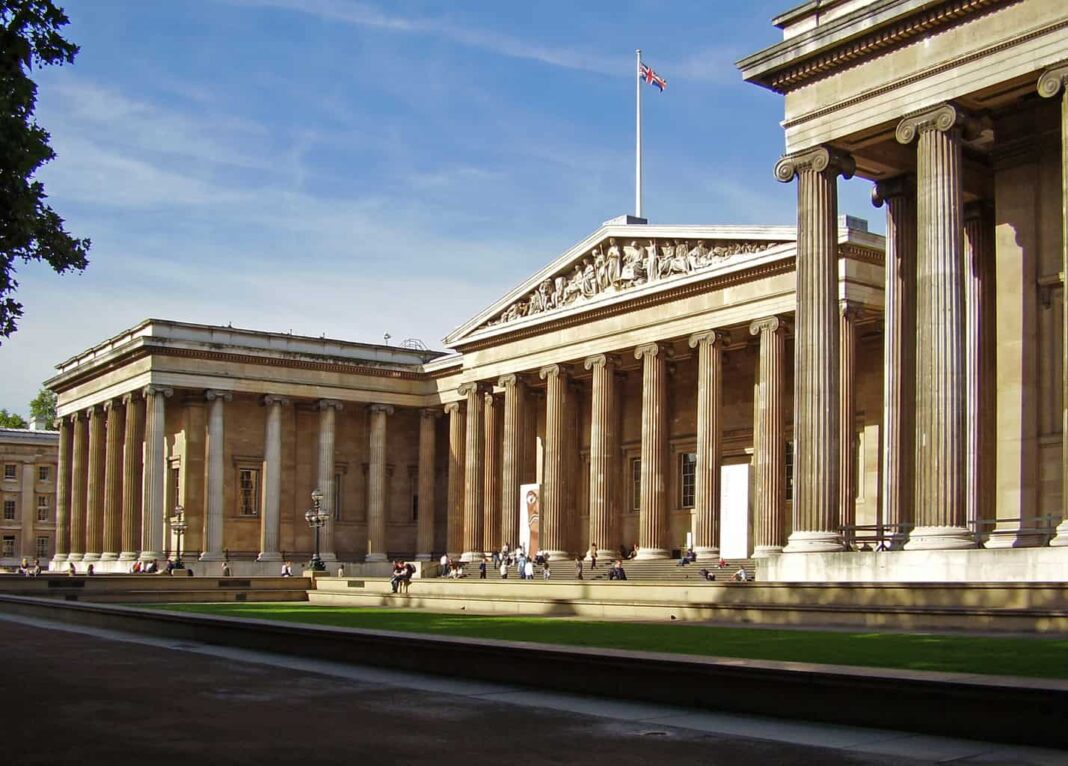 In the coming weeks, we’re all going to need to find creative ways to occupy ourselves whilst indoors.

For those wanting to keep getting their dose of culture, and avoid spending too much time scrolling through social media, we have some good news for you. Google Arts & Culture have teamed up with over 2500 museums and galleries around the world to bring everyone FREE virtual tours of some of the world’s most famous exhibitions.

Their collection includes the British Museum in London, the Van Gogh Museum in Amsterdam, the Guggenheim in New York City, and hundreds of other places where you can gain knowledge about art, literature, history or science. Here’s our pick of the list…

Founded in 1929, The Museum of Modern Art (MoMA) in midtown Manhattan was the first museum devoted to the modern era.

Now one of the most famous galleries in the world, collection highlights include Claude Monet’s Water Lilies, Vincent van Gogh’s The Starry Night, and Pablo Picasso’s Les Demoiselles d’Avignon, along with more recent works by the likes of Andy Warhol, Elizabeth Murray and Cindy Sherman.

Travel through Impressionism to Cubism to contemporary Installation Art at this wonderful gallery across the pond, without getting up off your sofa.

‘La Casa Azul’ (The Blue House) was the place where Frida Kahlo, the most renowned Latin American artist of all time, was born, lived, and died. Frida and her husband Diego filled it from top to toe with colour, folk art, and pre-Hispanic pieces to show their admiration for the peoples and cultures of Mexico.

The interior of the house has been left virtually as it was, so thanks to Google you can take a peek inside this intimate space shared by two lovers and their art.

In the centre of Paris, on the banks of the Seine, sits the Musée d’Orsay. This museum was installed in the beautiful Orsay railway station building in 1900, and mainly houses French art from the period 1848 to 1914.

Perhaps the highlight here is the wonderful Impressionist collection, which features paintings by the likes of Monet, Renoir, Pissarro and Cézanne. These artists tried to convey feeling and sound in their work, rather than strict formal structure.

4. The Lowry, SalfordThis impressive looking gallery is named after the early 20th-century painter L.S Lowry, known for his paintings of industrial scenes in the north west of England.

A large selection of Lowry’s drawings and paintings are on display here, showcasing his unique style and commitment to depicting the harsh reality of working-class life in industrial Manchester.

Famous for her diaries written in hiding during the Holocaust, Anne Frank and her family lived in secret rooms at the back of this 17th-century canal house, which is now a museum dedicated to her life.

All through the museum, you can see traces and personal objects of the people who hid there, including the original red-checked diary Anne was given on her 13th birthday. There is also an exhibition about the Holocaust and an exhibition about other historical forms of persecution and discrimination.

With Google, you can join the 1.6 million people who visit this museum every year, without leaving home.

Renowned for their iconic buildings, like the one in New York, Guggenheim museums exhibit works of contemporary and modern art, exploring ideas across borders and cultures.

The most recent addition to this constellation of museums, Guggenheim Bilbao is an architectural masterpiece. The highlight of the virtual tour of this museum is probably the ‘Masterpiece Collection’, which exhibits Mark Rothko’s imposing murals alongside Andy Warhol’s famous Marilyn Monroe images and Gerhard Richter’s colourful paintings.

The Chauvet cave is the one of humanity’s first major masterpieces. The cave paintings, for the most part, are dated to more than 36,000 years ago. Horses, lions, rhinos and other animals, as well as men and women running and hunting were painted on the walls here using red and black pigments and charcoal, or engraved using flint tools.

The cave is located in the gorges of the Ardèche river, close to the natural limestone bridge of Pont d’Arc. Why not virtually delve into it to see the incredible frescoes, like the ‘Big Cats’ painting pictured below?

The National Museums of Kenya in Nairobi document and celebrate Kenya’s rich cultural and natural heritage. This huge and varied museum has made a huge number of its exhibits available online.

Enjoy a virtual tour of the Museum’s ‘Great Hall of Mammals’, which displays specimens of large animals native to Kenya and traces their evolutionary development. Take in the beautiful craftsmanship and distinctive fashion of the Maasai community in the ‘Maasai Crafts and Fashion’ exhibition, as well as artefacts from many other tribal communities.

This museum tracks the life and artistic development of one of the world’s best loved aritsts, Vincent van Gogh, famous for his paintings of sunflowers, rural landscapes and self-portraits.

A virtual tour here let’s you see just how drastically van Gogh’s style changed, as he gradually introduced more and more colour to his work after meeting French artist Paul Gauguin in Paris. It also gives you access to his letters, allowing you a glimpse into a wonderfully creative but tragically tortured mind.

The British Museum’s remarkable collection spans over two million years of human history and culture. Over 6 million visitors every year experience the collection, controversially taken from Britain’s colonies, which includes world-famous objects such as the Rosetta Stone, the Parthenon sculptures, and Egyptian mummies.

Despite the controversy, the scope of this museum is huge, and a virtual tour could easily see you pass a coupe of hours taking in all the exhibits.

For the full list, check out Google Arts and Culture.