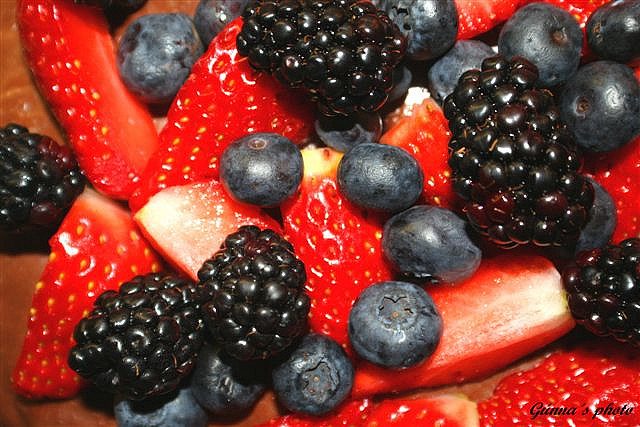 Over indulged at Christmas and struggling to keep up with those New Years resolutions? We have a suggestion for you that is tasty , healthy and will also quench your thirst. 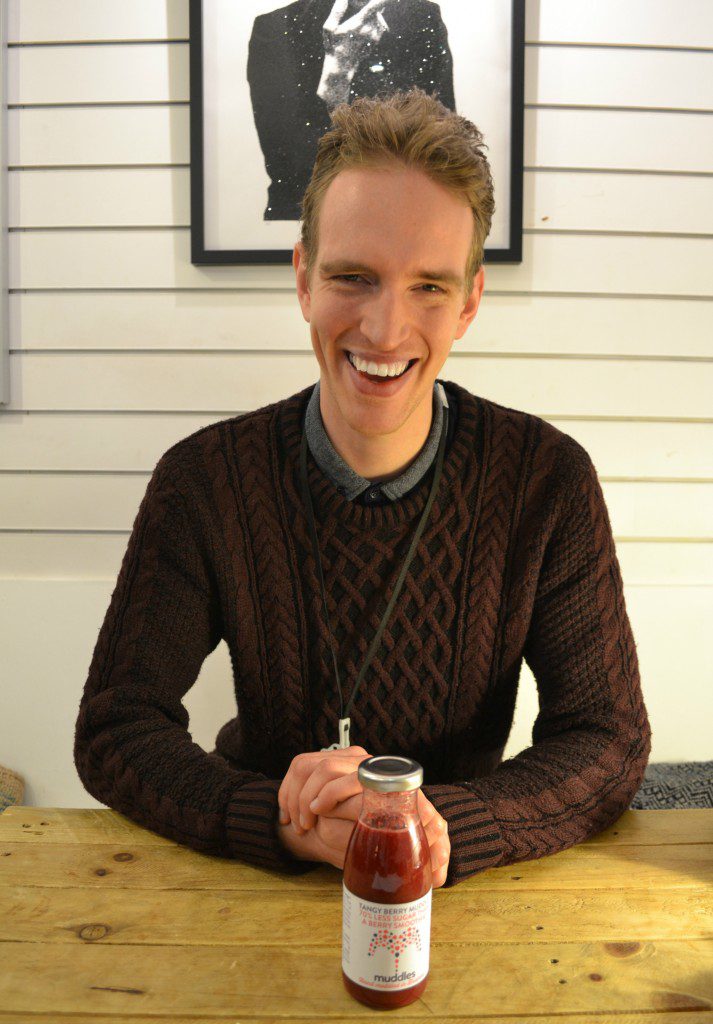 Young entrepreneur Julian Hallam has set up his own business ‘Muddles‘, a beverage that is naturally good for you and something that everybody should have a taste of. A Muddles beverage is fundamentally a mix between a non-alcoholic cocktail, smoothie and juice. However, only made with fresh ingredients, 2/3 water and containing 70% less sugar than your average freshly squeezed juice or smoothie, Muddles is most certainly not like your average drink. Thanks to Jamie Oliver, sugary drinks are really in the fore front of people’s minds and starting to become a serious issue. Natural fruit sugar is twice as fattening as refined sugar and is notorious for increasing insulin levels which makes people feel hungrier and therefore likely to eat more than they should. This scary fact does not apply to Muddles. 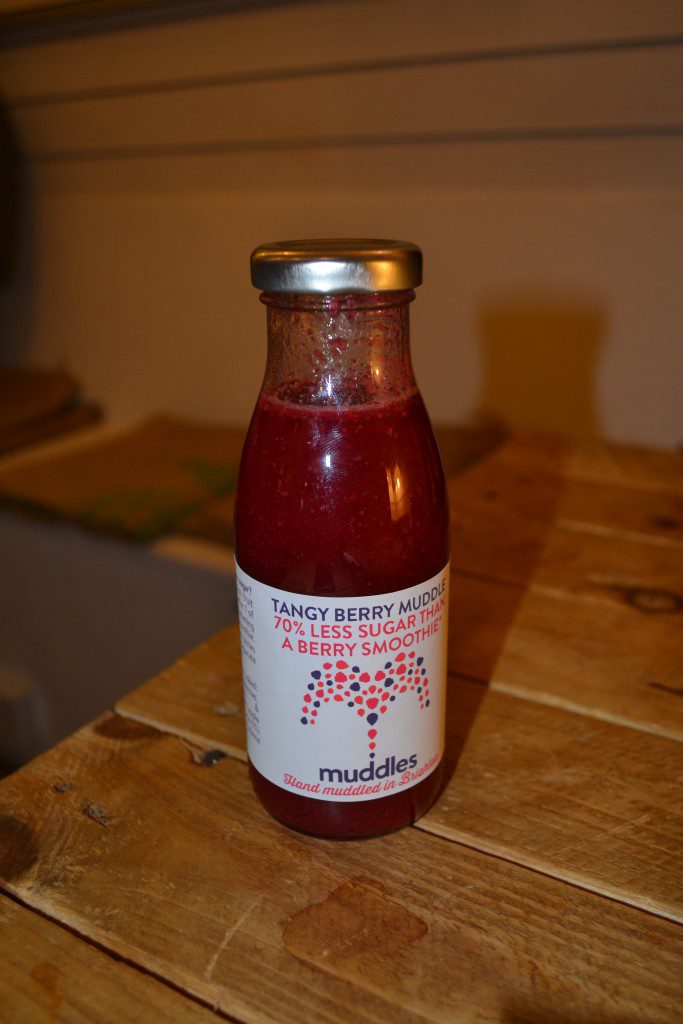 Currently, Muddles only do the Tangy Berry flavour and having tasted it personally we can say that it truly is light, tangy, refreshing and delicious. Furthermore, Muddles are actually accompanied with health benefits as one bottle of the Tangy Berry contains over half of your daily recommendation of Vitamin C. Berries are also renowned for naturally being lower in sugar than apples and oranges. Genuinely healthy!

As a background in cocktail bar tending Julian has always been interested in flavour profiles, garnishes and essentially making fancy drinks. Do keep your eyes peeled as Julian has hinted that we should expect an Apple, Pear and Green Kale muddle to soon emerge on the market. 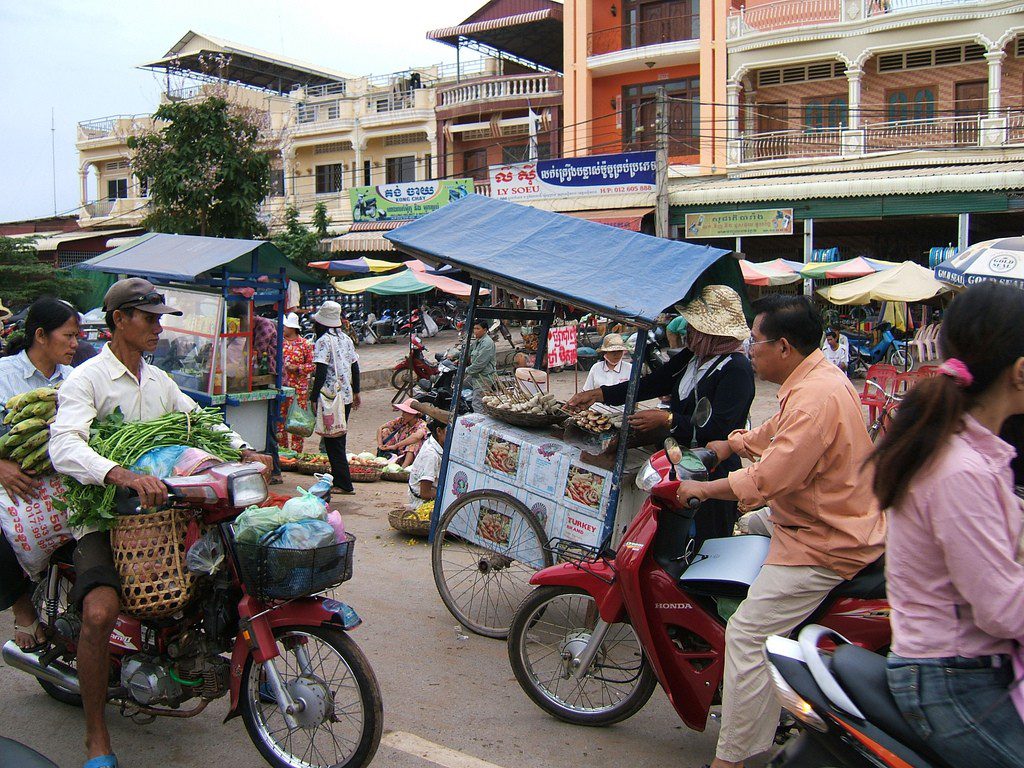 After travelling around South-East Asia and doing things out of his comfort zone Julian was inspired to go forward with Muddles. Apart from the great food and people in Asia, Julian was also motivated by the extensive amount of juice cart sellers prominent within the Asian markets selling exotic juices such as papaya and dragon fruit. This reminded him of his non-alcoholic cocktail idea and so when he returned to the UK he went for it! Julian adopted the Asian wooden push cart idea and introduced Muddles at Upper Gardner Street Saturday Market, Brighton in the summer of 2014. After launching in 2014, Julian currently has ten local clients in Brighton including Bond Street Coffee and HiSbe but you can expect to see Muddles stocked in forty different outlets in Brighton by June this year.

February at the Rialto Theatre