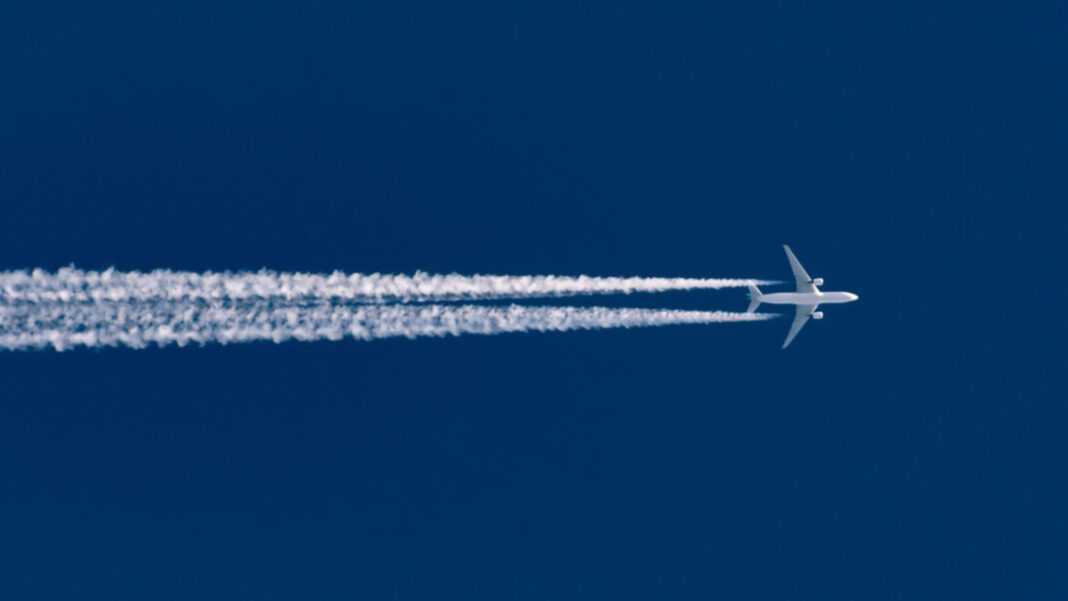 The coronavirus has changed the way everyone goes about their daily lives. This unforeseen scenario has forced everyone inside for weeks but there has been a positive side effect. While people take shelter, the environment has been thriving. Less people on the streets worldwide might be bad for businesses but not for our wildlife and nature. While it is unclear how much longer we will be away from work and friends, we could find comfort in knowing how our planet has been flourishing. Sehaj Dillon reports.

New evidence is now showing that the pollution in our skies intensifies the virus and is more likely to cause deaths. But the link between air pollution and the coronavirus does not stop there. During the lockdown, you may have looked outside your window and noticed how there is not a single cloud visible. Well that may be down to the fact that shortly after news of a global spread broke, the next logical step was to limit flights and eventually shut down airports. And after weeks of no commercial flights the pollution levels have dropped everywhere.

Earlier in March data showed that in China the Carbon emissions had reduced by 25% over just four weeks. In that same period, from around February to March, European countries saw similar results. Northern Italy had seen a NO2 drop of 40% while the UK saw significant drops in pollution, in areas like London. In fact, you can look at data from anywhere and notice that air quality in general has improved. No planes, no cars and reduction in factory means that greenhouse emissions globally have reduced. To see the vast change, there are plenty of images available online of global hotspots before and after the lockdown.

A more peculiar benefit is the changes in the Earth’s crust. Before, when everything was normal, and people were going about their ordinary lives. Many did not realise that the earth’s crust was quivering. Buses, trams, cars, and trains emitted background noise which created vibrations. Well with factories halted and less cars and people on the roads, our planets crust can finally rest.

Some seismologists also believe that this change could make it easier to listen out for signs. With the crust not constantly moving it makes it easier for them to detect earthquakes. It can even allow them to find smaller earthquakes which would normally go unnoticed. Seismologists say that during this period they can learn more about earthquakes and that this finding could perhaps change the way we act after the lockdown. Like opting for public transport instead of travelling alone in car.

While humans are locked away, animals on the other hand are free to roam the earth. While there have been a ton of fake stories spread online, it is true that animals have been sighted in odd areas. From a sealion on a sidewalk to a herd of deer grazing on the lawns of a housing estate in East London. Normally these places would be filled with people and loud noises which would scare animals away. But now they are free to explore areas in which we would have never imagined seeing them in. It is great for the animals that were once sensitive to disturbance and a pleasant sight for us.

The most notable and reported change in water is in Italy. In Venice, the water canals have cleared, increasing visibility, experienced greater water flow as well as a reduction in the amount of sediment clouding the waterways. This may have been caused because of the decrease in boat traffic. Every year hundreds of tourists visit Venice and fill the canals with motorboat taxis, transport and tourist boats which clog the canals.

The aquatic life is also benefitting due to a collapse in the fishing industry a decrease in fishing and fish prices during the pandemic means that fishes could increase in numbers. Because of no demand as we leave lockdown fishes could have increased in biomass. German Ocean Researcher, Rainer Froese has said that “Most European fish stocks will nearly double their biomass within one year without fishing. So, reduction in catch caused by coronavirus will lead to an increase in fish biomass.”

What this all can do to our mental health

The biggest benefit from all of this is what it can do for our mental health. The clear sky allows more sun, which means more vitamin D so, relax in the garden if you can. Less air pollution makes the morning walks more refreshing, while the clean skies makes staying inside less suffocating. Even the sighting and sounds of wandering wildlife can be helpful to our sanity. Advice from experts say to open a window, take morning walks and plant seeds.