Home Environment The not so Green Side of Brighton 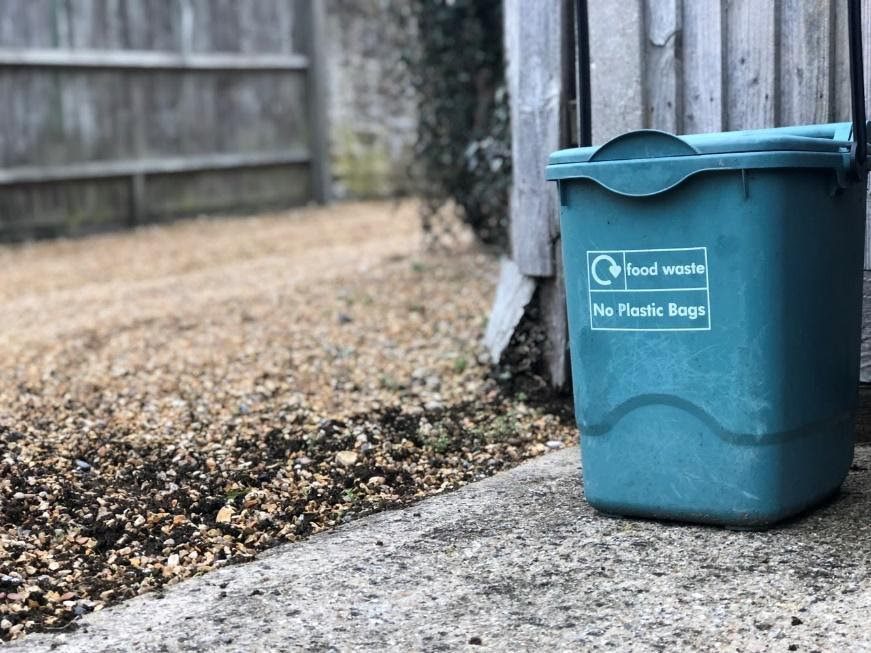 The city of Brighton appears at face value to be a haven for the modern environmentalist, with Caroline Lucas, a radiant green beacon of sustainability, attracting the attention of climate activists from across the country. Unfortunately, the harsh reality for the residents of Brighton and Hove is a recycling system bettered by 61% of local authorities in the UK (who are currently collecting separated food waste). With recycling at the forefront of the Green Party manifesto, the question remains as to why a city praised for its progressive environmental ethos has been left behind?

Research compiled by the Waste and Resources Action Programme (WRAP) revealed that in 2018 the volume of food waste produced by the hospitality sector, retail supply chains and households was an astonishing 9.5million tonnes (of which 4.5 million tonnes is categorised as avoidable). The fact that it takes 65 billion litres of water to grow the potatoes we waste at home every year illustrates the environmental cost of this profligacy.

Following an inquiry into the food waste disposal regime, A City Council Environment Customer Advisor from the Hollingdean Depot responded stating “We don’t have food waste systems in the City, I would like to think in time we could have but right now we don’t have any.” With food wastage ranked as the third largest global source of greenhouse gases, and a state of climate emergency declared here in the UK, what is stopping Brighton and Hove from joining the districts doing their part to ameliorate this unsatisfactory situation?

The inadequacies of the existing recycling provisions have spurred some members of society into action. Indeed, a petition was started with the objective of the introduction of a food waste collection and disposal system in Brighton and Hove. The  ePetition, started by Bristol University student Holly Pike, amassed an impressive 1307 signatures and the proposal was due for consideration in August last year at a special council meeting. The matter was subsequently transferred to the Environment, Transport and Sustainability Committee where the chair assured that “The council is committed to promoting a reduction in food waste and we are actively exploring the introduction of a food waste domestic collection.” However, “The introduction of a food waste collection would present a substantial cost to the Local Authority.”

Recent developments within the council have witnessed the resignation of Labour council members and a subsequent shift of power to the Green Party. This will be the first time in five years that the Green Party have led Brighton and Hove council; with the convener of the Green Party, Phélim Mac Cafferty, acting as the newly appointed council leader.

Whilst I myself continue to refrain from premature optimism, the imminent introduction of the Environment Bill  brings with it substantial promise for improvement on a national scale. The Bill shall “make provision about targets, plans and policies for improving the natural environment” and be complemented by the National Resources and waste strategy. This scheme aims to “reduce greenhouse gas emissions from landfill by ensuring that every householder and appropriate businesses have a weekly separate food waste collection, subject to consultation”; providing the funding local authorities such as Brighton and Hove so desperately need to realise a recycling service that will contribute to achieving a sustainable future for their residents.

One of the most interesting advantages of separate food waste collection is biogas production. Our discarded broccoli stalks and overcooked rice can be converted into renewable energy and used to create heat and electricity. This process, whilst being an undoubtedly complex one, will assist in significantly reducing the UK’s carbon footprint. Furthermore, with natural resources depleting at an alarming rate, with a corresponding inflation of price, biogas offers not only an environmentally friendly but cost friendly alternative!

Despite Brighton’s current recycling deficiency, there are ways for environmentally conscious residents to play their part in combating food waste. Composting can be a highly beneficial means of food waste disposal for any keen gardener, adding nutrients and microbes to the soil that will consequently improve plant growth and soil structure. Another option for local environment enthusiasts is Bin Cooking; a volunteer run project based in Brighton aiming to reduce the immense volume of edible food that is wasted. Their website states that the group “run interactive, creative cooking events where we all get together and cook delicious meals with food that would otherwise be wasted.”

Whilst schemes such as these are by no means a final solution to the food waste conundrum, they will have to suffice for the present as we patiently (or impatiently) await the introduction of separated food waste collection in Brighton and Hove.

Dating hesitancy: why people might not jump into a new relationship this winter

Things you need to know about the Glasgow Climate Pact

How to fix the plastic recycling system