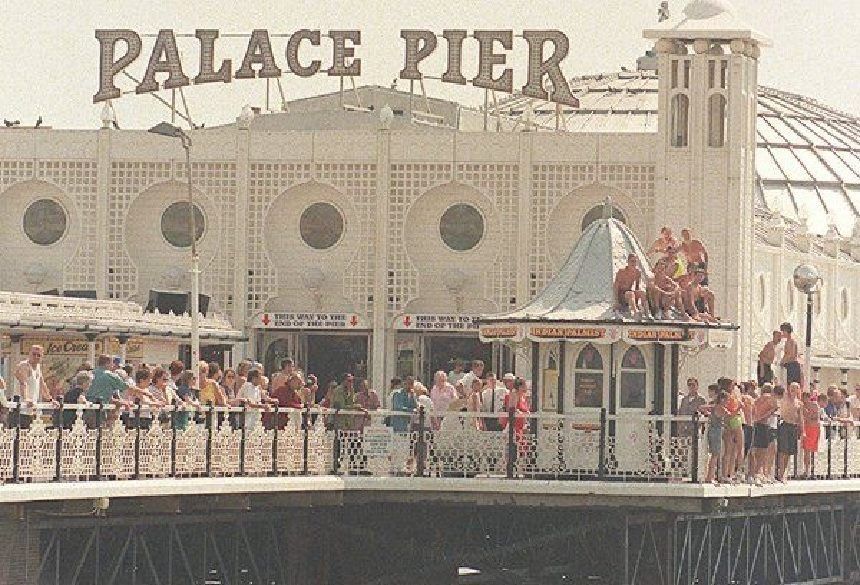 Brighton, the beautifully picturesque seaside town, has recently been hailed as the third happiest place in Britain to live. It’s no surprise, either. With a rich and varied history, Brighton is a town of firsts, with many quirks to capture the imagination. By Annabel Gadd.

Let’s start at the very beginning. For centuries, Brighton served as a humble fishing village. This is hardly surprising, given its position on the coast. In some ways, Brighton then was just as it is now- a hustling, bustling town full of traders and markets. Traders sold their wares, and pathways would have been busy as buyers made their way down towards the docks in a bid to purchase the best of the latest catch. Even the Lanes, now famous for housing a vast selection of quirky antique shops originally served as a part of the main fishing port. The original port buildings in these parts can be identified by the dark flint that was used to build them. Another fascinating Brightonian building is St. Bartholomew’s Church, on Ann Street. Originally built in 1874, the church is a Victorian Grade I listed building, and definitely worth a visit. What makes St Bartholomew’s so unique, though, is the fact that it was built to the same specifications of Noah’s Ark, as is given in the Book of Genesis. Regardless as to your religious identity or faith, the church is the ideal spot to visit to get your imaginative juices flowing! Even in photos, the church bears striking resemblance to a large boat.

As the centuries rolled on, Brighton came to be regarded as a holiday town for the rich, rather than a humble fishing village. Even the Royal Family make the town their go-to retreat, with King George IV ordering the construction of the Royal Pavilion, which was finally completed in 1787. Today, the seaside palace itself is a well known Brighton attraction, but its series of underground tunnels are not. Constructed by order of George IV along with his extravagant holiday home, the underground tunnels connect the Pavilion to the Brighton Dome and Museum. The tunnels are understood to have been constructed to allow the King to move around the town unseen, although others speculate that it was because King George didn’t want his subjects to marvel at his remarkable weight gain. The Brighton Pavilion is perhaps the most widely recognised Brightonian landmark; visitors flock to admire the building’s incredible domes and ornate furnishings. Adolf Hitler himself took rather a liking to the Pavilion, instructing the Luftwaffe to avoid bombing Brighton. It later transpired that the Nazi dictator had his eyes on Brighton’s Pavilion as his own seaside retreat, following his invasion of Britain. Thankfully, that never came to pass.

Later on, the 1970s saw a wave of quirky firsts for Brighton. Somewhat radically, in 1979, the town became the first in the UK to designate a stretch of coastline to naturist sunbathers. To this day, the naturist beach remains open to its ‘broad minded’ visitors. Yet, the founding of the first British nudist beach was not the only new thing to come out of 70s Brighton. ABBA famously launched their musical career in Brighton in 1974, winning the Eurovision competition with ‘Waterloo’ in 1974. Similarly, Pink Floyd debuted his world-famous album, Dark Side of the Moon at the Brighton Dome in 1972. You could say that Brighton- or even more specifically, the Brighton Dome- is not only a place of firsts, but a place of musical luck and good fortune!

After even this short glimpse at Brighton’s history, it becomes clear how Brighton has developed into the unique and trendy seaside town it is today. From humble beginnings to leading town of quirky firsts, it’s clearer now, more than ever before, how Brighton has achieved its worthy position as the third happiest place to live in the country. Long may it continue!