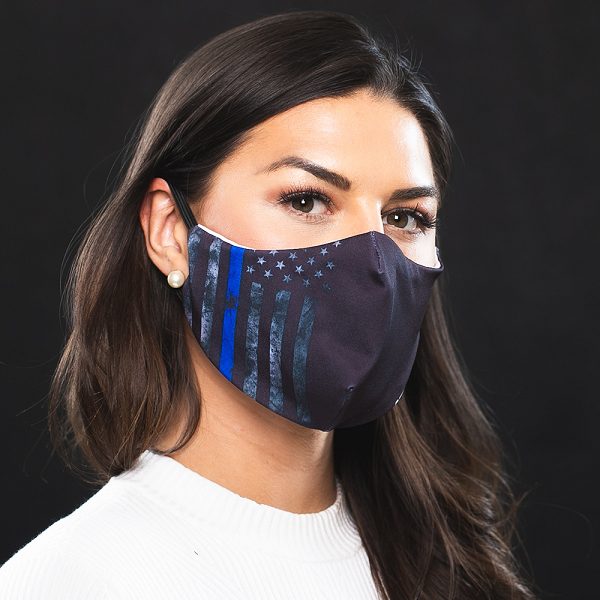 As Prime Minister Boris Johnson confirmed on Tuesday evening the new rules and restrictions that are coming into play across the United Kingdom, one rule which has been enforced as mandatory across various sectors within the UK is the rule regarding face coverings which is leaving some people to question and for some not fully understanding the rules.

The new enforcements have been confirmed that mask wearing is compulsory for staff members and customers in shops, on public transport, in bars and in restaurants. Failing to comply with the new rules will lead to fines being issued and will rise to £200 or £100 if you make the payment within 14 days to help prevent the spread of Covid – 19.

According to the government website if you fail to comply with the rules and repeatedly fail to wear a face covering your fine will double each time with every offence leading up to the amount of £6,400.

Mask wearing in public areas and on public transport has been enforced since the beginning of the national lockdown back in March however there are still people who do not comply with the rules leaving many members of the public feeling nervous and slightly on edge. But people have to be mindful that some individuals are exempt due to medical conditions.

Speaking to Chrissy Metcalfe a 21 year old student from Beverley, Yorkshire who is one individual who is exempt from wearing a mask due to her medical condition advised that she has also suffered verbal attacks from individuals due to her being exempt.

“As I was on the bus travelling home last week a man approached my seat and proceeded to tell me that I am not only putting his life at risk but other peoples lives at risk, as I was not wearing a mask. The man failed to see my lanyard around my neck making me exempt but when I mentioned this he still proceeded to stand by his words that I was going to be one of the people that is going to encourage the spread of the virus and pass it to other vulnerable citizens” Chrissy advised.

“I am not failing to wear a mask because it is my choice; I am not wearing a mask because I can’t due to health conditions. So in affect I am putting my own life at risk not necessarily others” she added.

Mask wearing in the UK has been questionable for many months in comparison to a various countries around the world that have made it compulsory to wear masks in the streets, in public spaces and some even having to wear a mask in restaurants in various places across Europe. Where as within the UK the rules have been slightly relaxed in comparison but could this be one of the reasons for the increase in positive cases and the spread of the disease within the UK?

Many reports have been issued with advice from various medical professionals

advising that face coverings are significant in helping to prevent the spread of the disease. A study carried out by Oxford University which was published on the 8th of July stated “Cloth face coverings, even homemade masks made from the correct material are effective in reducing the spread of COVID- 19, so act – now”.

However back in February quoted by Dr Jake Dunning from Public Health England who told The Independent there was “very little evidence of a wide spread benefit” in members of the public wearing face coverings. Proceeding to explain his reasoning Dr Dunning continued “face masks must be worn correctly, changed frequently, removed properly, disposed of safely and used in combination with good universal hygiene behaviour in order for them to be effective”.

The mix messages from medical professionals and from many surveys that have been carried out by top universities, naturally has left people to question and wonder what the right solution is. Confirming the news of face coverings being made mandatory is a clear indication that wearing a mask is essentially effective with preventing the virus along with following the social distancing guidelines.

With the cases rising significantly within the United Kingdom and more restrictions being further implicated it is time more then ever to do all we can in help to prevent the spread of the various even further. With the winter months drawing ever closer and with this time of year being a partially difficult time of the year for health issues, we need to protect not only ourselves and loved ones but to help and prevent each other and also more importantly ease pressure from our wonderful NHS medical professionals.