It may not feel like the right season to be getting excited about alfresco dinning and drinks in the open but it has recently been announced that a new rooftop bar will open in the heart of Brighton! The date of it’s opening has not yet been confirmed, so it may well be just in time for some Spring-time sun and you could be enjoying a lovely cold beer or perhaps an Aperol Spritz looking over Brighton as the sun sets. Could there be an image more dreamy?

It’s set to be on top of Tower Point office building in North Road, a building many people have called an eye-sore and unattractive. Therefore, this project could be just the thing to uplift the building, making it more beautiful and positive. On the other hand there is a chance it may just draw attention to what is already disliked. The new floor will be made up of a glass enclosed restaurant which will seat 88 diners inside and an outside terrace which will seat up to 84 people for dinner or drinks. Plans were approved by Birghton and Hove city council last month. Designers say that they will use a central bar to create a ‘focal point’ for the space and that all facilities are to be kept at one end, obscuring the view of the building and concentrating peoples gaze out over the sea.

Computer generated images have been made to represent what the new space may look like upon completion, as seen below. 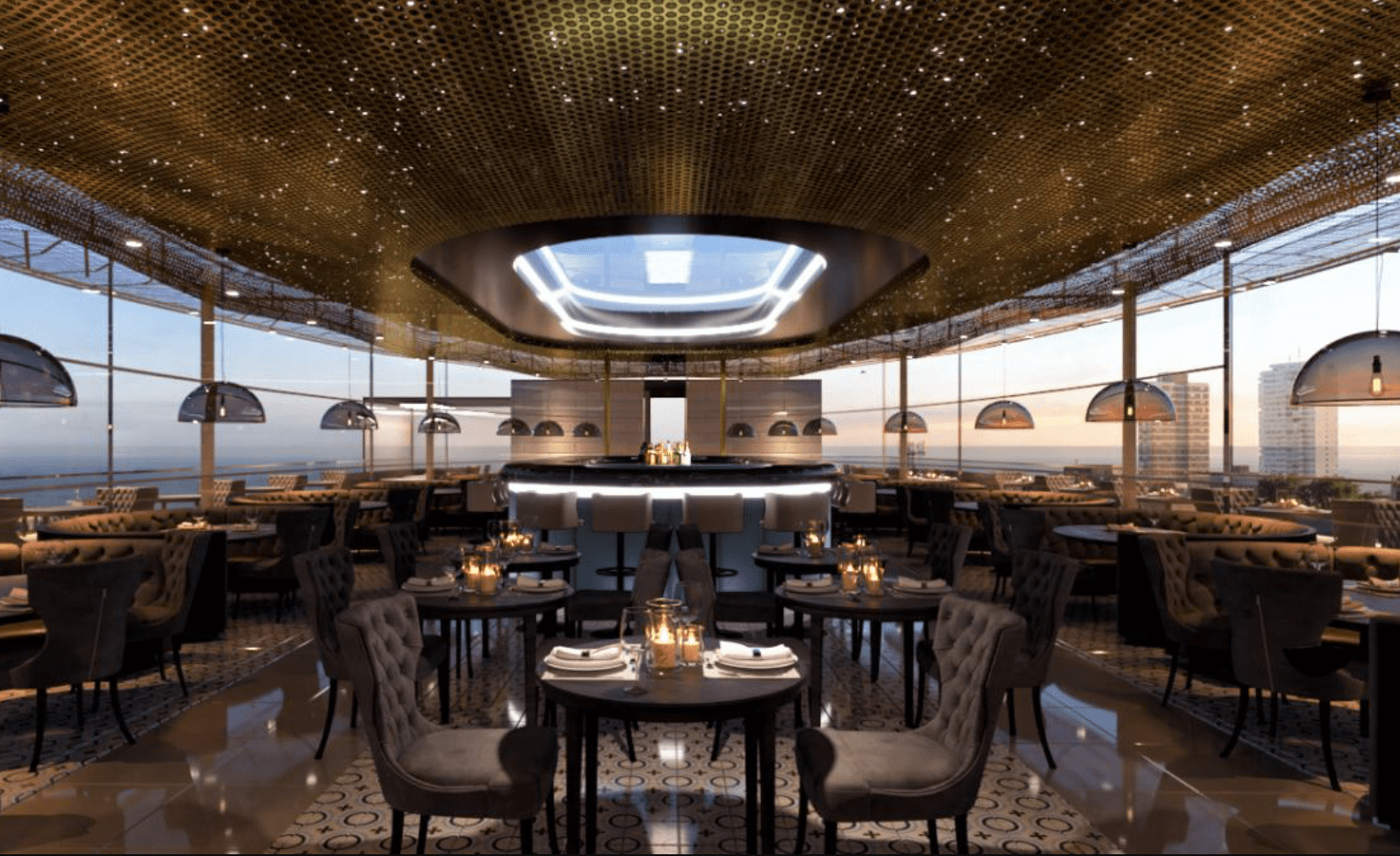 In 1891 the site was occupied by by the Hippodrome Circus, it was known as the Grand Theatre, unfortunately this was destroyed in the fire of 1961. After this a replacement building was built called Gresham House but it’s name was changed to Tower Point in 2000. The plans for the new addition to the building were submitted by Baron Homes, who is well known in the city for supplying temporary and emergency homeless accomodation to Brighton and Hove City Council at Windsor Court. It is unclear whether any prospective restaurateurs will take the space on. However, Stickland Wright, the architect, has previously worked on designs for very popular and high-end spaces in Brighton such as, 64 Degrees, The Chilli Pickle and Pascere. The entance lobby to the rooftop restaurant and bar will be in Spring Gardens, with a reception and lift exclusively for diners.

A spokesperson for Stickland Wright has said ‘Stickland Wright believes that the adornment of the building with a jewel-like extension will provide a point of intrigue within the backdrop of Brighton’s central valley. In this way the individuality of the building can be more of an asset within the townscape.’ Nick Stickland, co-director of Stickland Wright said ‘We are building our reputation for delivering exceptional dining experiences within the city’. Let’s hope this venture can live up to expectations and come summer it will be the place to be!