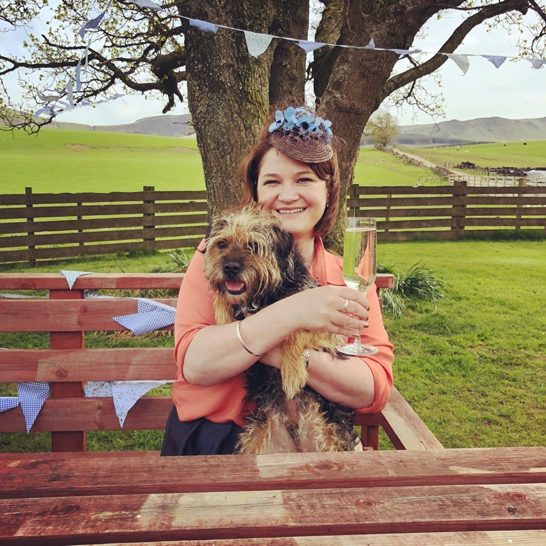 Author of the Sunday Times best-seller Why Mummy Drinks is embarking on a UK tour of her brand new show and coming to  Brighton on Wednesday 4th May.

Gill Sims, Sunday Times best-selling author and creator of the hugely successful parenting blog Peter and Jane, is embarking on a tour of the UK with a brand new show Tits, Gits and Little Shits: An Evening with Gill Sims. Kicking off in Glasgow on 31st March and concluding in Nottingham on 2nd June, tickets are on sale now and available from www.gillsims.com.

Join Gill for a night of entertainment as she and Jo Middleton, author of Playgroups and Prosecco and creator of Slummy Single Mummy, take a hilarious look together at the changing face of motherhood, from toddlers to teenagers, relationships, the highs and lows of the school gate, unexpected bodily fluids and much more! There will be readings from Gill’s critically acclaimed books and audiences can rest assured that the evening will be the perfect opportunity to remind yourself you are not alone in those FML moments – and maybe even have the chance to share some anecdotes of your own.

Gill’s first book Why Mummy Drinks was the bestselling hardback fiction debut of 2017, spending over six months in the top ten of the Sunday Times bestsellers chart and was shortlisted for Debut Novel of the Year at the British Book Awards. The four Why Mummy titles have sold nearly a million copies across all formats to date and are published in eighteen territories worldwide. Her highly anticipated new novel, The Saturday Night Sauvignon Sisterhood, will be published on 12th May 2022.

Gill lives in Scotland with her husband, two children and two Border terriers, because apparently one terrier didn’t cause her enough trouble. Gill’s interests include drinking wine, wasting time on social media, trying and failing to recapture her lost youth and looking for one of the dogs when he decides to go on of his regular jaunts, whilst trying to stop the other one eating unspeakable things.

Tickets are on sale now and available from www.gillsims.com.

Ever Wondered How Festivals Are Prepared? Find Out Here