Get a glimpse into the less glamorous, but no less exciting side of Brighton’s Pavilion, with a behind-the-scenes tour of its basement and tunnels. Hear thrilling tales and discover the lives that were lived below stairs, from the rat catcher to George’s principal private secretary. The tour ends with a visit to the tunnel which led to George IV’s royal stables and riding school, now the famous Brighton Dome.

The Royal Pavilion is an exotic palace in the centre of Brighton with a colourful history. Built as a seaside pleasure palace for King George IV, this historic house mixes Regency grandeur with the visual style of India and China. The Prince of Wales, (later to become George IV), purchased the building and became the first royal to live in the Pavilion. It primarily acted as a discreet location for subtle meetings with his companion Maria Fitzherbert. The prince would later marry Maria in secret, due to her Roman Catholic religion that prevented them from marrying openly. 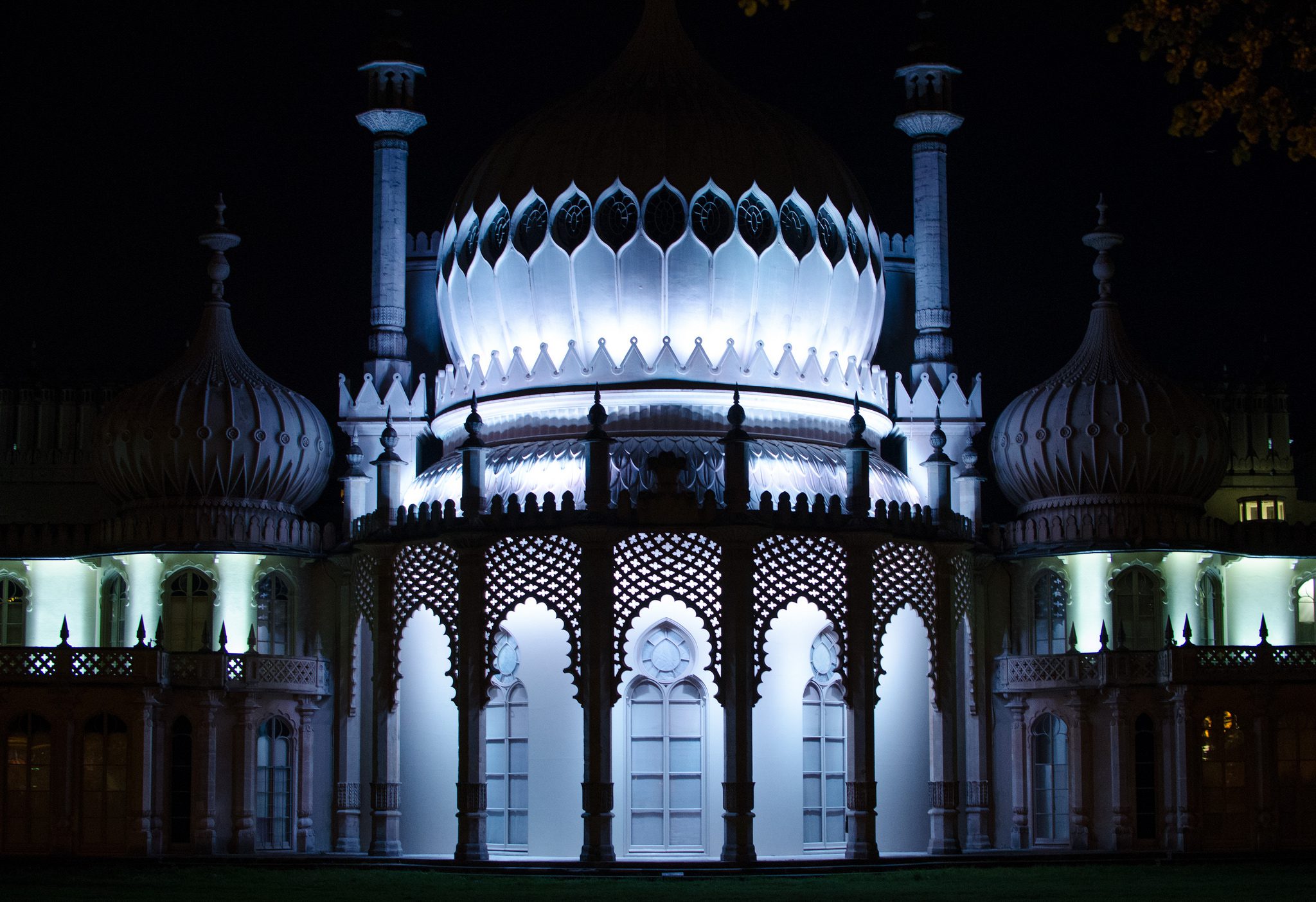 In 1787 the existing pavilion was enlarged by request of the Prince. It then became just one wing of the Marine Pavilion, flanking a central rotunda, which contained three main rooms: a breakfast room, dining room, and library. The house was building was fitted out in Holland’s French-influenced neoclassical style. The build was again enlarged in 1801, the designs this time came from Peter Frederick Robinson. The riding school and stables were built when the Prince purchased the property’s surrounding land, these were designed by William Porden.

The tunnels that make up the new Pavilion tour link the Royal Pavilion building with the Brighton Dome, which formerly served as the stables. It is a common myth that George used these secret tunnels to meet his illegal wife Maria Fitzherbert. The tunnels were actually built so that the Prince could reach his horses without being viewed by his subjects, with which he was enormously unpopular at the time. The tunnels were built in 1821, a long time after Geroge and Mrs. Fitzherbert’s relationship ended.

This video shows the former Keeper of the Royal Pavilion Andrew Barlow introducing the tunnel and its uses:

The tour’s organisers have warned that parts of the tour are very dimly lit; low ceilings and uneven floors might make it dangerous for less confident walkers. Additionally, due to the service areas the tour covers, some parts of the tour may be subject to alterations and cancellations at the last minute.

The tunnel tours will take place on the following dates:

Tickets can be purchased by ringing the Events Booking line on 03000 290902 (Mon-Fri) or in person from any of our venues.

Email: visitor.services@brighton-hove.gov.uk with any queries.

Organisers have advised early booking as events may be cancelled if too few tickets have been sold.

Tips for Helping Your Kids Succeed in School

Vaccine passports: Scotland’s new rules are toughest yet in UK